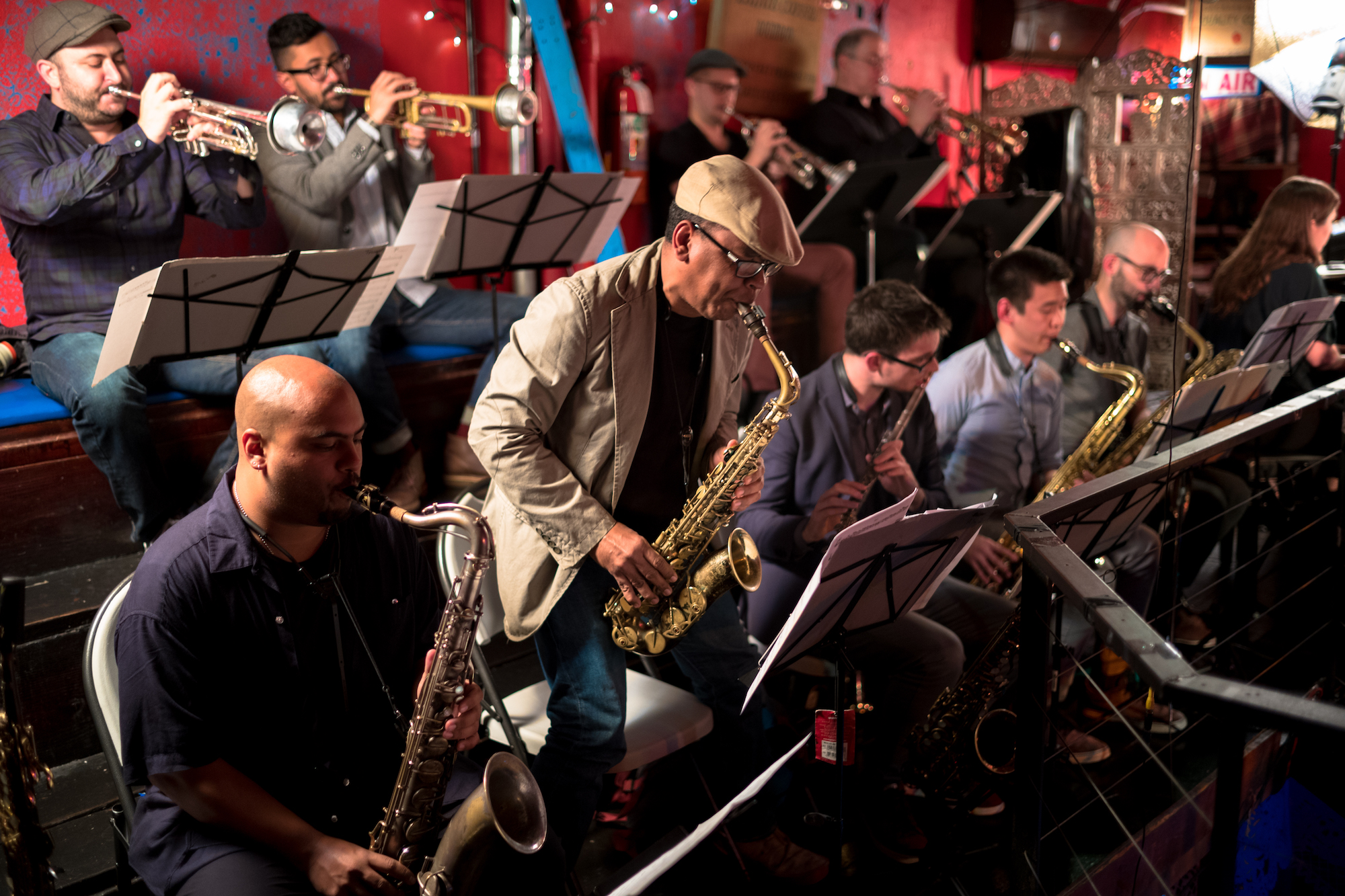 No Cover, $7 suggested donation for the first floor. FREE admission for CHILDREN 12 and under.

The Terraza Big Band is an 18-piece ensemble based in Queens, NY, and performing monthly at Terraza 7 in Jackson Heights. Led by co-directors Michael Thomas (saxophone, composer) and Edward Perez (bass, composer), this group performs a repertoire of original music penned by its leaders. The Terraza Big Band features many of New York’s most in-demand jazz musicians and can be heard at venues throughout New York City in addition to its monthly residency at Terraza 7. Released in May 2019, the ensemble’s debut album, ‘One Day Wonder’, received a Grammy nomination in the category of “Best Large Jazz Ensemble”, and was hailed by Jazz Times as being “the sort of debut that should make big-band fans not only take notice but hunger for more.” For more information about this recording or other upcoming events with the band, please visit their website at www.terrazabigband.com.

Grammy-winning saxophonist, composer, and arranger Michael Thomas has been an active member of the New York City jazz community since arriving in 2011. Holding degrees from the University of Miami, New England Conservatory, and The Juilliard School, Michael has performed throughout the United States and abroad, including tours in Central and South America, Australia, Europe, Japan, and Russia. He has appeared as a sideman with Brad Mehldau, Dafnis Prieto, Nicholas Payton, Miguel Zenón, Etienne Charles, and Jason Palmer, and Michael’s talents can be heard on over 30 recordings. As a composer and arranger, Michael has been commissioned by the school and professional ensembles throughout the United States, and he is currently a member of the BMI Jazz Composers Workshop in New York City. Since 2015, Michael has co-lead the Terraza Big Band, and the ensemble’s first album, One Day Wonder, was released in May 2019 on Outside In Music. Michael’s work has been recognized by DownBeat magazine as well as the “Keep an Eye” competition in Amsterdam, NL, and in 2016 he was a winner of the New York Youth Symphony’s First Music commission series. In addition to his work as a big band composer, Michael also regularly leads his quartet, with a new live album scheduled for release in spring 2020 on Giant Step Arts. Since September 2018, Michael has been on faculty at the University of Hartford’s Hartt School of Music as an Artist Teacher of jazz saxophone in the Jackie McLean Jazz Studies Institute.