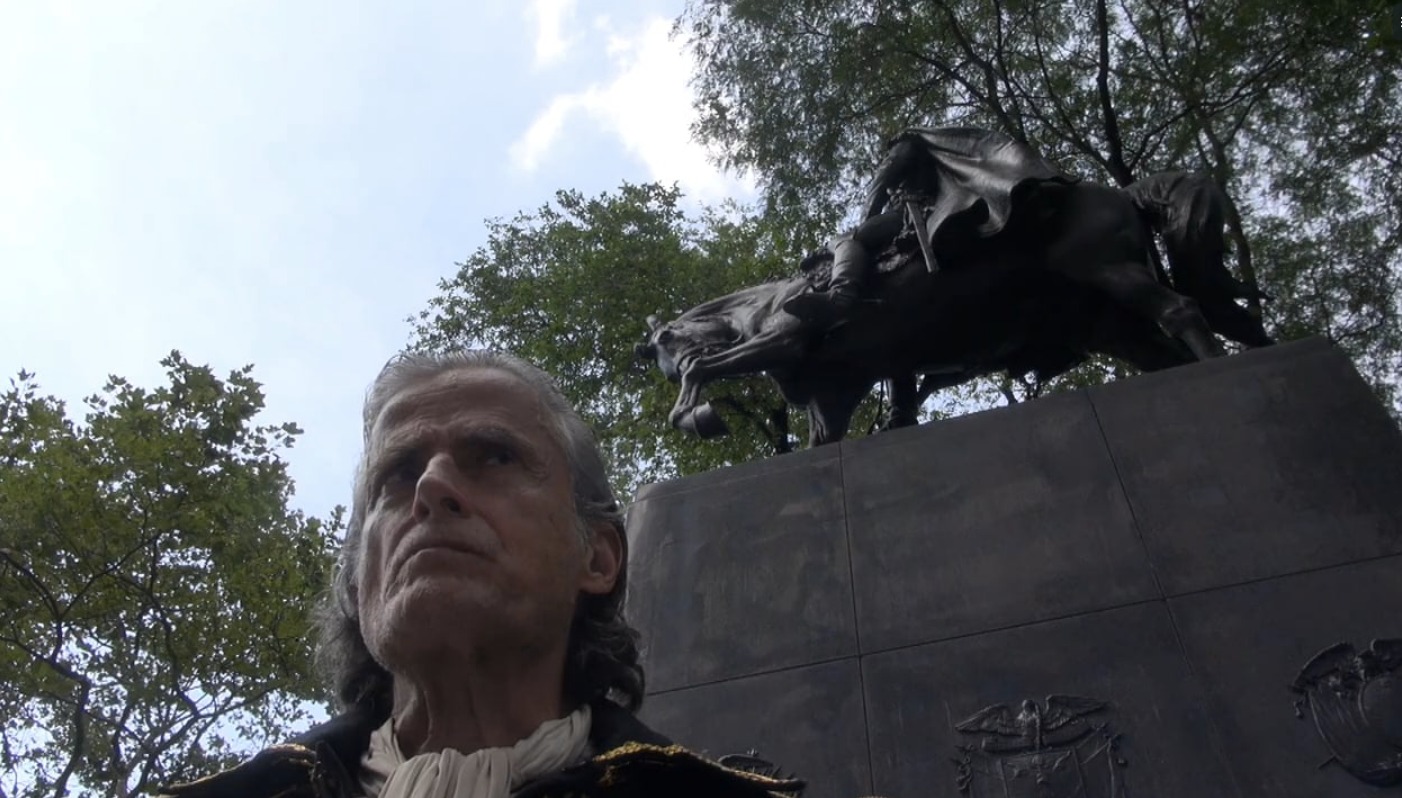 Event Sponsored by #CityArtistCorps.
Film by SETH FEIN & Seven Local Film.
32 minutes.
Original version multilingual / Subtitled in English
Synopsis:
THE ACTOR IN HIS LABYRINTH (32 mins. 2021) considers the journey of Cali-born Sebastián Ospina –– from Colombian TV star to “nomadic” theater actor –– as he promotes and performs his play about Simón Bolívar in NYC. Much of this film was shot in Elmhurst, including inside Terraza 7, where Ospina has frequently performed. Preview.
OLMSTED & MOSES, AL & ME (short work-in-progress sample) maps the overlapping legacies of the 19th-century city Frederick Law Olmsted planned and the 20th-century one Robert Moses built in dialogue with the filmmaker’s life and work in Moses’s Queens and his childhood in Olmsted’s Brooklyn, where he grew up in a cityscape dominated by his father’s work as an Olmsted scholar.

About Seth Fein:
SETH FEIN is a filmmaker and historian who lives in Jackson Heights, where he operates Seven Local Film. He’s been a fellow in multimedia history at Harvard’s Charles Warren Center and grants from the National Endowment for the Humanities and the American Council of Learned Societies have supported his projects. In addition to making films, Fein has published widely about the audiovisual history of the Americas, and he’s taught history and film at Barnard, Columbia, CUNY, and Yale. He discusses how his filmmaking grows from his work as a historian, in an interview in Jump Cut.
A City Artist Corps Grant from the New York Foundation for the Arts and NYC’s Department of Cultural Affairs, assisted by the Mayor’s Office of Media and Entertainment and the Queens Theatre, supports this series.
+ Google Calendar+ iCal Export