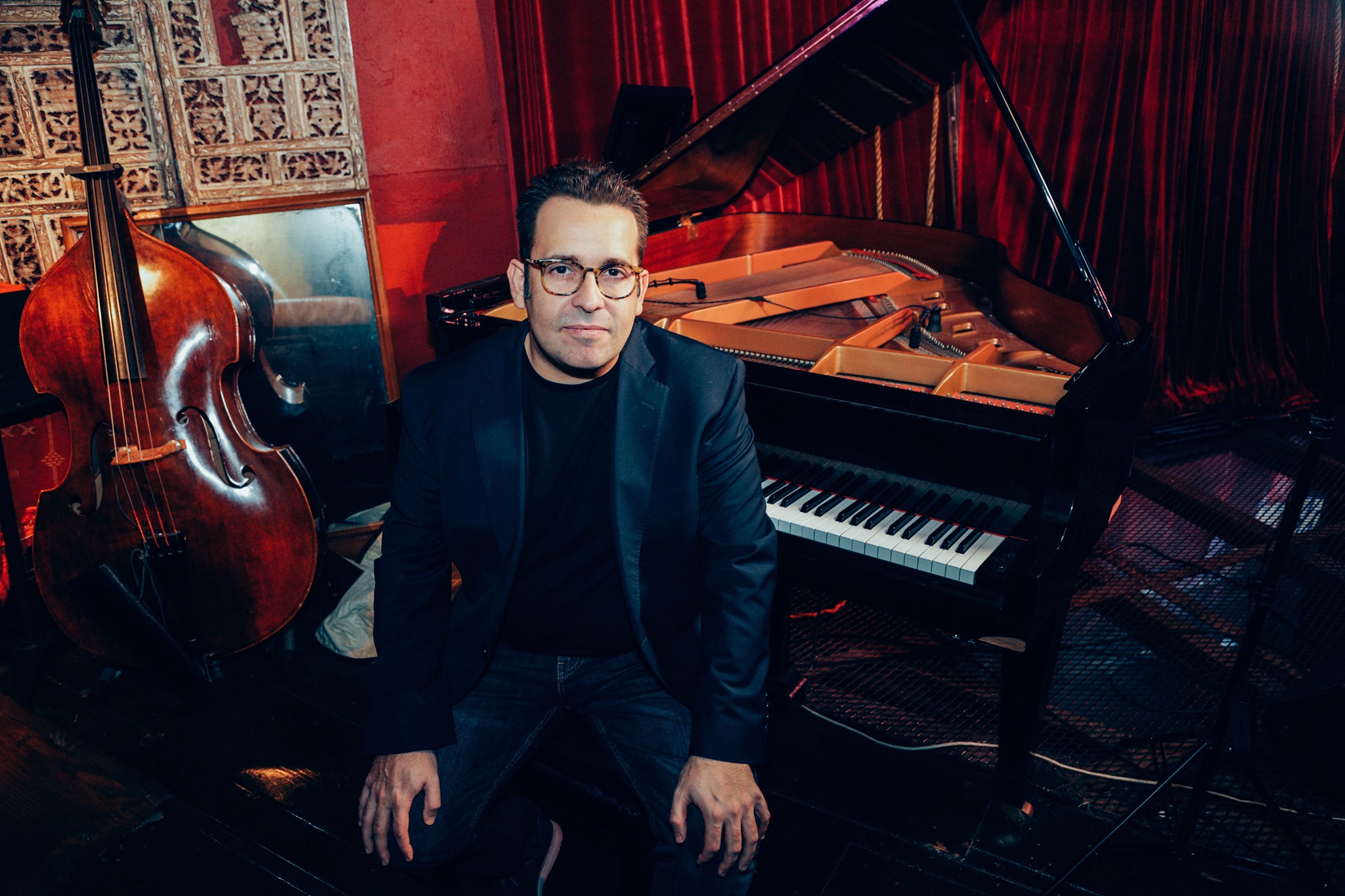 A straight-ahead jazz jam session for all musicians to perform and collaborate every Wednesday in Queens, NY. All performers are welcome to sit in and play with the house band hosted by pianist Manuel Valera, bassist Ricky Rodriguez, and drummer Jimmy Macbride.

All are welcome to join us to listen and support live jazz at one of NYC’s most vibrant venues. The music starts at 7 pm, bring your horn!

Manuel Valera:
was born in Havana, Cuba. Since 2000 he has lived in New York City, where he attended New School University. His playing is influenced by Bill Evans, Chick Corea, and Keith Jarrett, and he has worked extensively in the groups of Dafnis Prieto, Arturo Sandoval, Paquito D’Rivera, Brian Lynch, Yosvany Terry, Jeff “Tain” Watts, and Lenny White.
Valera’s first CD as a leader Forma Nueva was released in 2004. It features bassist John Patitucci, drummers Bill Stewart and Horacio “El Negro” Hernandez, and saxophonist Seamus Blake. Historia, Melancholia, and Vientos were released between 2005–2007, featuring drummers Antonio Sanchez and Ernesto Simpson, saxophonist Seamus Blake and Joel Frahm, bassists Ben Street and James Genus, and percussionist Luis Quintero. 2009 marked the release of Currents, a trio recording with Genus and Simpson and it was also Valera’s debut on the Maxjazz label.
After a hiatus as a leader, to focus on sideman work, in 2012 Valera released New Cuban Express with Yosvany Terry on saxophone, John Benitez on bass, Tom Guarna on guitar, Eric Doob on drums, and percussionist Mauricio Herrera.
This recording earned him a nomination for a 2013 Grammy Award in the category “Best Latin Jazz Album”.
Jimmy Macbride:
is a drummer/composer based in New York City. He has performed with a wide variety of artists including Herbie Hancock, Terence Blanchard, Wynton Marsalis, Kenny Barron, Jimmy Greene, and Adam Rogers. Coming from an artistic family (his father is a composer and his mother is a visual artist), Jimmy began playing drums at age 3 and gravitated toward jazz music at an equally young age. Jimmy is a recent graduate of The Juilliard School, where he studied privately with Carl Allen, Billy Drummond, and Kenny Washington. He is a regular performer throughout New York City, performing at such venues as Dizzy’s Club Coca-Cola, Smalls, The Jazz Gallery, and The Blue Note. His musical talents have also taken him worldwide, touring across Europe, Asia, and North America. Jimmy has also appeared at some of the world’s most famous venues, including the Monterey Jazz Festival, North Sea Jazz Festival, and Newport Jazz Festival, among others. He performs regularly with different groups including Nir Felder, Samora Pinderhughes’ Transformations Suite, Lucas Pino’s Nonet, Nick Finzer’s Hear & Now, and the Roxy Coss Quintet. In addition, he can be seen playing with many of New York’s most creative and forward-thinking artists, including Lage Lund, Melissa Aldana, Ben Street, Kevin Hays, Fabian Almazan, Matt Brewer, Michael Rodriguez, and Dayna Stephens, among many others. He is also an active recording artist, appearing on over 20 albums to date.
Jimmy is a proud endorser of Paiste Cymbals, Vater Drumsticks, and Canopus Accessories.