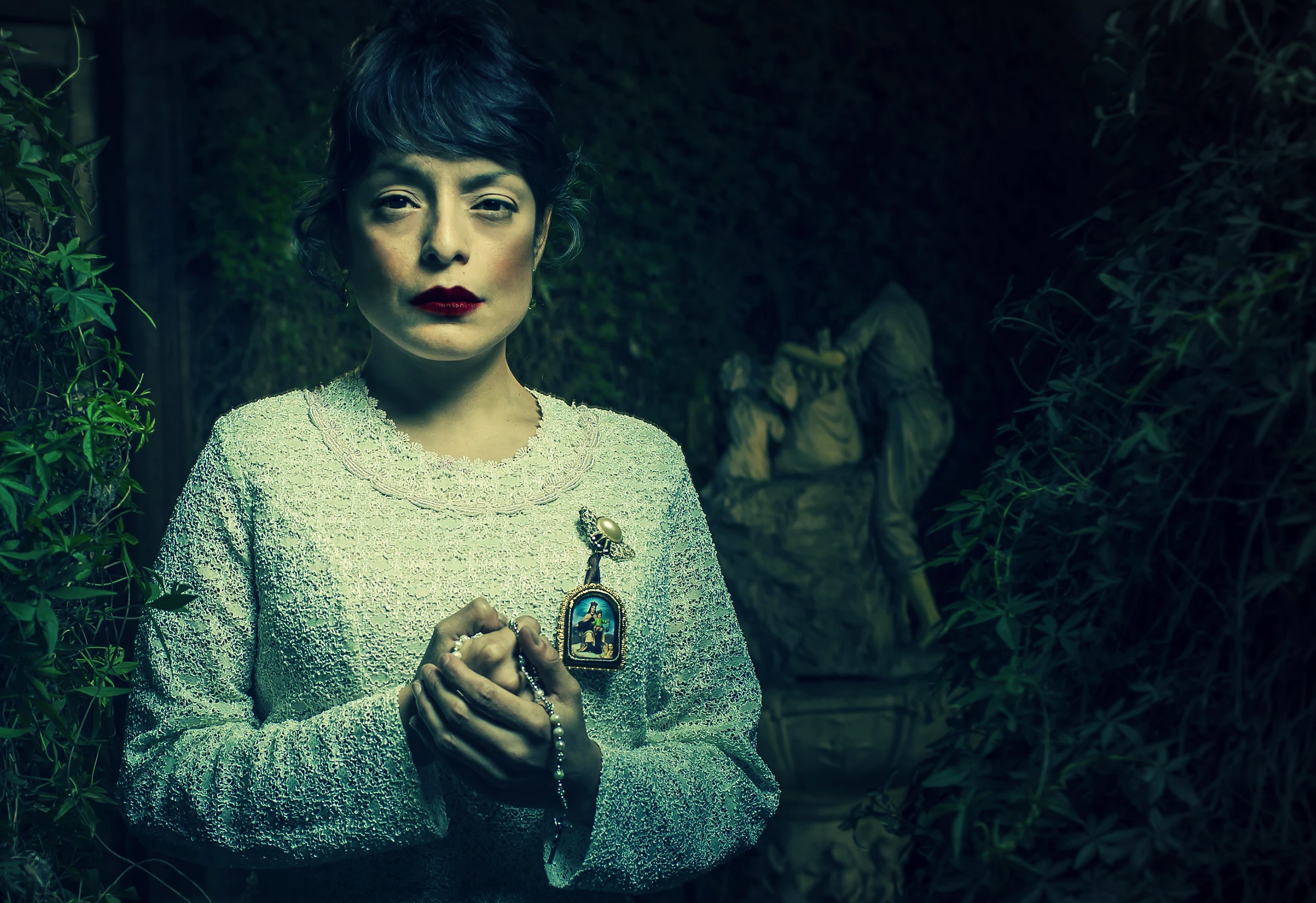 The Peruvian born singer who resides in Spain since childhood integrates a fusion of poetry and postmodern raw emotion that is simply extraordinary.

She builds a musical garden with the sounds that tell the truth. Her heart and core are Peruvian, nonetheless, as a citizen of the world, she has drawn upon multifarious sources from chanson and tango to folk and hard rock.

Her words and broken honesty won her a Latin Grammy award preselection for “talitá kum”, her first album. Her lust for verity has since marked her style, leading her to collaborate with a diversity of renowned artists both in Europe and the Americas.

Her participation in the revolutionary opera project “a lyrical van” , together with maestro Bruno Tambascio, won praise from conductor Daniel Barenboim; and the lyrics and vocals she lends in “guarida” for the cutting-edge tropical bass duo “dengue dengue dengue”, were described as “captivating” by billboard magazine .

With a new album underway and her groundbreaking success as an independent artist and performer, sara van’s highly contageous passion for life continues to mesmerize her audiences around the world, bringing an indie torch of flame

“She’s the author of superb lyrics that deserve attentive listening”
“migrant, defiant, playful, she has a powerful voice that seems from a buenos aires suburb when she sings, as if she were caressing a wild colt… And her songs have much of her autobiography, which is hard,
But always nuanced with irony”
Gernot Dudda / efe eme

“finding her on stage can make a strong impression for her roguish and deep voice, both ancient and contemporary”
Carlos Galilea / el país
Rocio Silva Santisteban / poet

“a voice conveying the subtleties of fado, contrite confession, a ballad or a copla;
All are in sara van’s performance ”
Arturo Reverter / musical critic