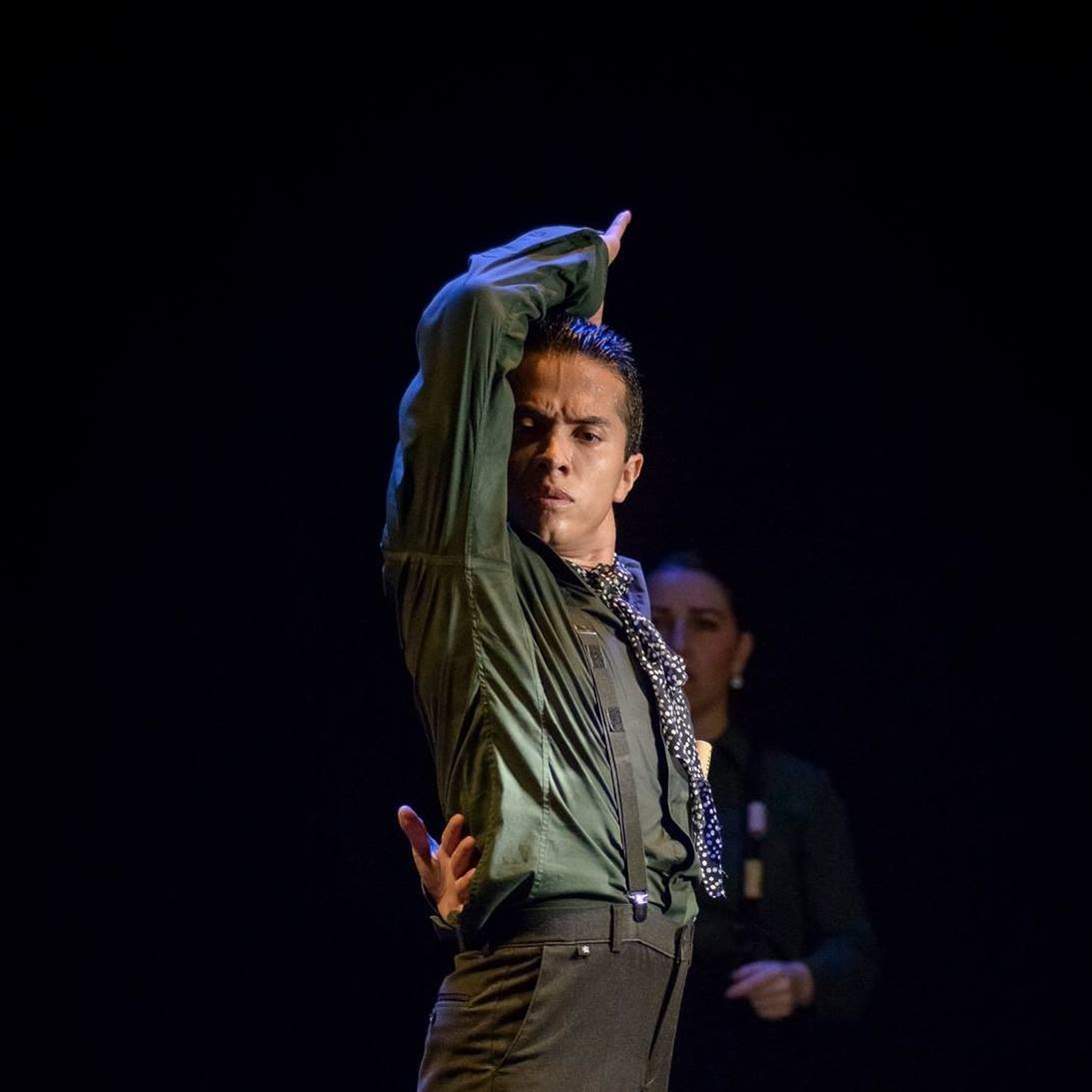 About Ricardo Osorio:
Directly from Mexico City hails Ricardo Osorio. Sensational flamenco dancer of spotless technique and virtuoso footwork. During his professional career, he has perfected his art in Spain with artists such as Cristobal Reyes, La Tati, María Juncal, Merche Esmeralda, Rafael Campallo and Alfonso Losa, to name a few.

About Ricardo Sanchez:
Mexican flamenco guitarist who started playing different music styles when he was 6 years old and flamenco since 13. This art form leads him to speak through his instrument expressing emotions without words.
Ricardito attributes a significant portion of his flamenco guitar skills and compositional training to Adrián Juárez, Mauricio López and Josué Tacorente, Mexican flamenco guitar players, as well as Juan Campallo and José Luis Medina, well known flamenco guitar players from Spain.
He’s been a musical performer, musical director and composer in different festivals around the Americas.
He’s performed in different flamenco festivals and also recorded his guitar music with different famous of several music styles artist such as: Marjorie de Sousa, Juan Gabriel, Mariana Seoane y Susana Harp.
Teaching and sharing his knowledge has always been and important key in his flamenco journey, helping others understand and be captivated by the richness of this complex but remarkably stunning art form, flamenco.

About Alfonso Mogaburo Cid:
Alfonso Cid was born and raised in Sevilla, the heartland of flamenco music. He also had the opportunity of attending the activities of one of the most significant flamenco clubs in Andalusia, the Peña Flamenca Torres-Macarena in Seville. Alfonso has toured extensively throughout the USA, Latin America, Israel, and Europe, and has just toured Spain last February of 2018 with the Jazz/Flamenco band the New York Bojaira Project by pianist Jesús Hernández from Granada, Spain.