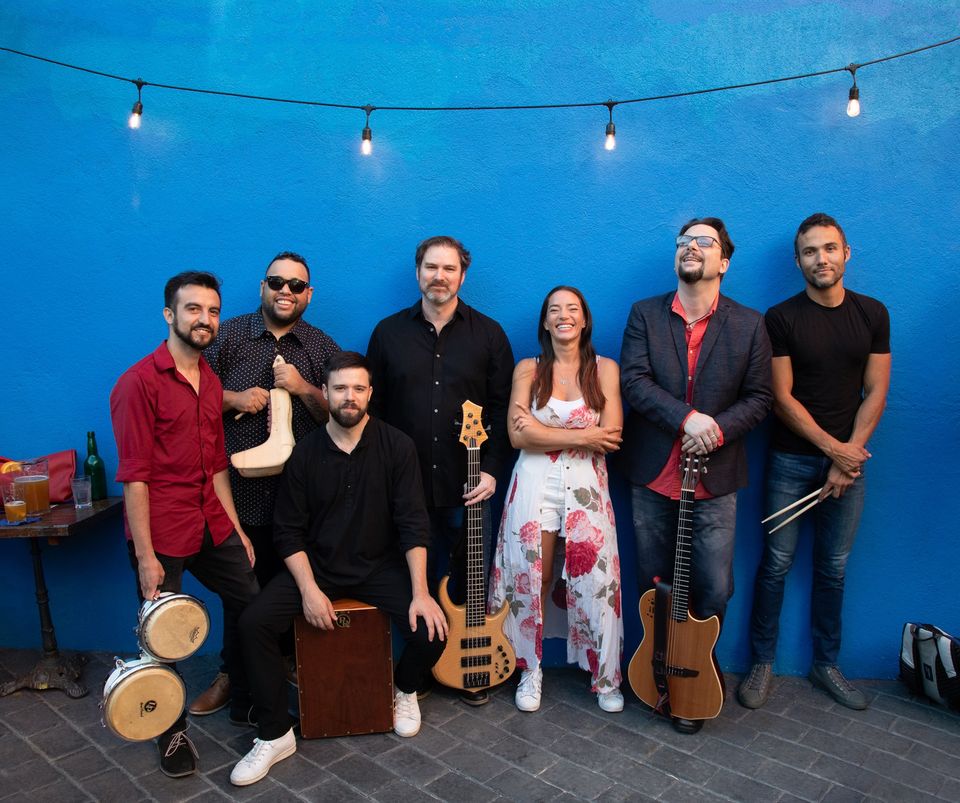 Peruvian Night by FESTEJATION. Video release party!
Presented by Terraza 7
Saturday, November 12th 2022 at 9:00 pm.
$15 Cover charge for Mezzanine
Featuring:
Maria Raquel / Vocals
Eric Kurimski / Guitar
Thiago Michelín / Drums
Yayo Serka / Cajón
Jonathan Gómez / Congas and cajón
Edward Pérez / Bass and arrangements
Festejation celebrates the release of their new video!
https://youtu.be/GThLhdudLy4
Where the sun-drenched dunes of a vast desert collide with the salty surf of the Pacific, the Afro-Peruvian musical tradition was born. The churning of those waves can be heard in the percussion and the spice of the ceviche from those waters can be felt in the vocals of festejo, the Afro-Peruvian music and dance style dedicated to celebration. In Festejation, a crack crew of New York regulars hailing from countries up and down the American continent pay homage to this tradition, each adding their accented voice and a dose of urban chic. Blending the talents of the group, director Edward Pérez (co-director of the Grammy-nominated Terraza Big Band and Silkroad artist) crafts novel arrangements in which festejo is treated at once as high art and also as a comfortable-as-denim dance style that anyone can get rowdy to with a pisco sour in hand.
+ Google Calendar+ iCal Export