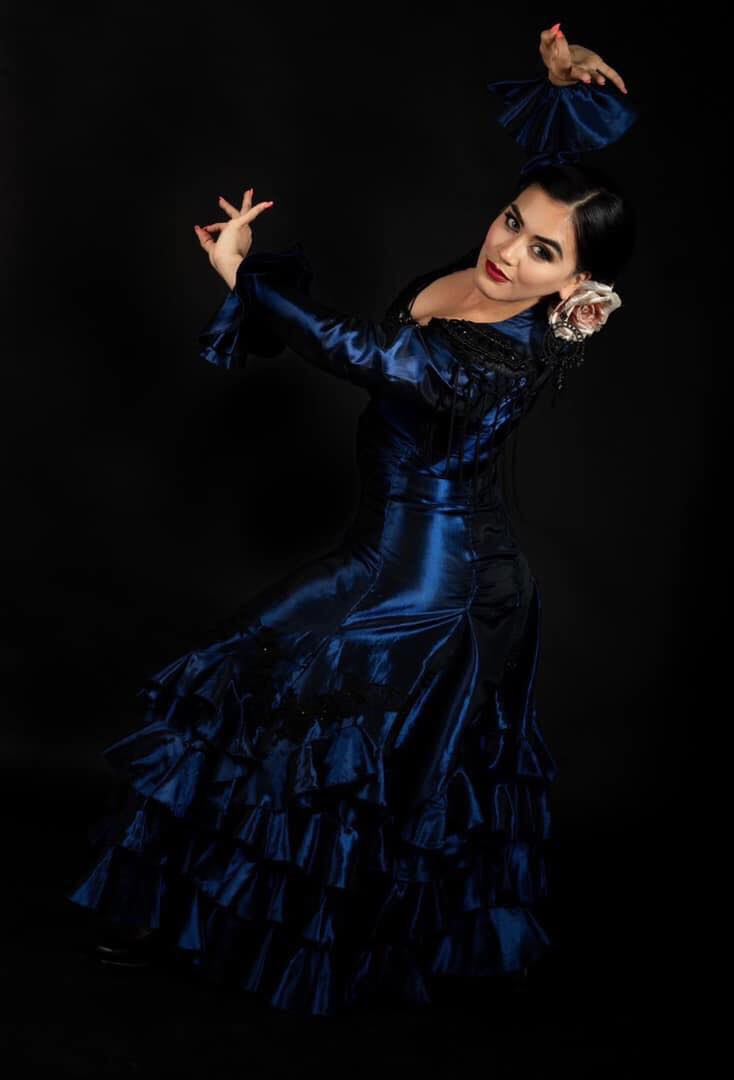 About Paloma Rios:
Paloma Ríos was born in Santa Barbara, California where her love of Flamenco began. There she served as cultural ambassador to the city before moving to Spain for a year to study with countless masters, and upon her return started the Paloma Ríos School of Flamenco. Paloma was featured as a subject in Kumpanía, a documentary about Flamenco in Los Angeles. She currently lives in New York City, where she has taught at Mark Morris Dance Center, and is currently performing independently under Paloma Flamenca.

About Alfonso Mogaburo Cid:
Alfonso was born and raised in Sevilla, the heartland of flamenco music. He also had the opportunity of attending the activities of one of the most significant flamenco clubs in Andalusia, the Peña Flamenca Torres-Macarena in Seville. Alfonso has toured extensively throughout the USA, Latin America, Israel and Europe, and has just toured Spain last February of 2018 with the Jazz/Flamenco band the New York Bojaira Project by pianist Jesús Hernández from Granada, Spain.