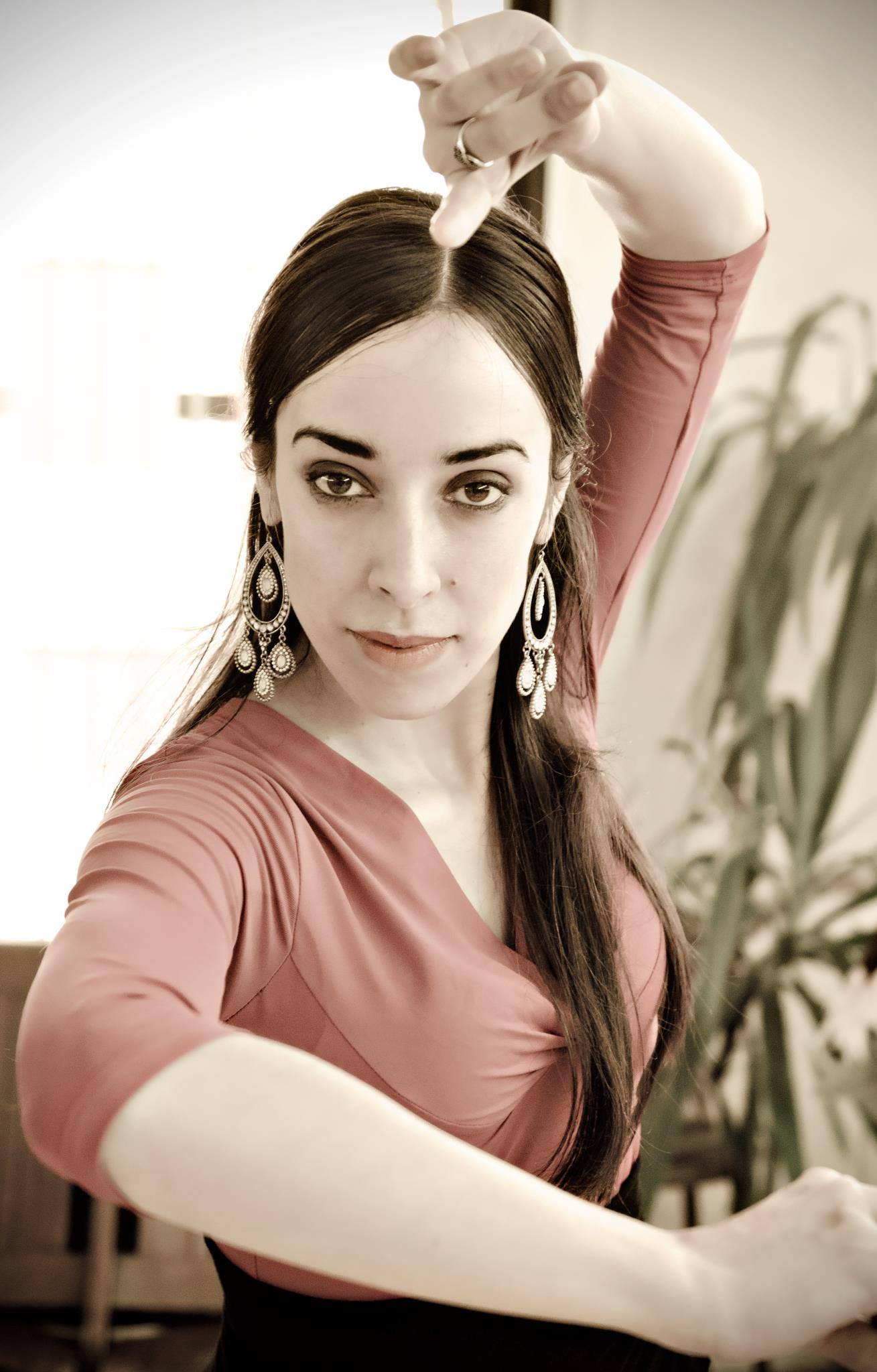 Nueva York Flamenco City
Presented by Terraza 7 Outdoor Concert Series.
Saturday, May 8th, 2021 at 7:00 pm.
Donation suggested: $10.
Featuring:
Andreas Arnold / Guitar.
Alfonso Cid / Cantaor.
Jeremy Smith / Cajon.
Amilia Hernandez / Bailaora
Amilia Hernandez was born in France of Spanish descent and graduated from the national conservatory in ballet and modern dance studies in 1999 with the honors of the jury. She then pursued her contemporary dance studies in Paris until early 2000. Her style was shaped by dancing with two renowned companies, A.M Pascoli Dance Group and Taipei Dance Circle in France and Taiwan from 2000 to 2005. She started studying flamenco in 2006 in Sevilla under the direction of Ursula Lopez, Andres Marin, and El Oruco, among others. In 2012, she danced at the NYU Baruch Theater in La Quinta Luna, a show directed by Flamenco y Sol company to promote New York’s best-emerging flamenco dancers. Since 2013, she has been dancing with Pasion y Arte company based in Philadelphia. Her work with them includes performing at the Flamenco Festival of Philadelphia and at the Fisher Memorial Art of Philadelphia in Complices, a creation from Rosario Toledo blending modern dance and flamenco. She is also a member of Flamenco Vivo Carlota Santana Company.
Alfonso Cid was born and raised in Sevilla, the heartland of flamenco music. He also had the opportunity of attending the activities of one of the most significant flamenco clubs in Andalusia, the Peña Flamenca Torres-Macarena in Seville. Alfonso has toured extensively throughout the USA, Latin America, Israel, and Europe, and has just toured Spain last February of 2018 with the Jazz/Flamenco band the New York Bojaira Project by pianist Jesús Hernández from Granada, Spain.
As an artist in a globalized world, Andreas Arnold expresses himself through a musical kaleidoscope that reflects the classical traditions of his homeland Germany, jazz from the US where he has been living for the last decade, and music from the Mediterranean, in particular the art of flamenco guitar from Andalucía. The guitarist-composer has released three CDs of original music thus far and has performed at venues such as the Kennedy Center Washington, United Nations, Blue Note NYC, and Noche Blanca Flamenco Festival Cordoba. He recently released his latest album ODISEA on which he collaborated with Rocio Parilla, Juan Carmona, and many other outstanding artists. Songlines (UK) commented “These pieces work their original magic by stealth and a scintillating virtuosity” and Flamenca y mas (Spain) wrote “En el, cada vez más amplio, mundo de las fusiones flamencas el guitarrista Andreas Arnold tiene un papel muy destacado.”
+ Google Calendar+ iCal Export