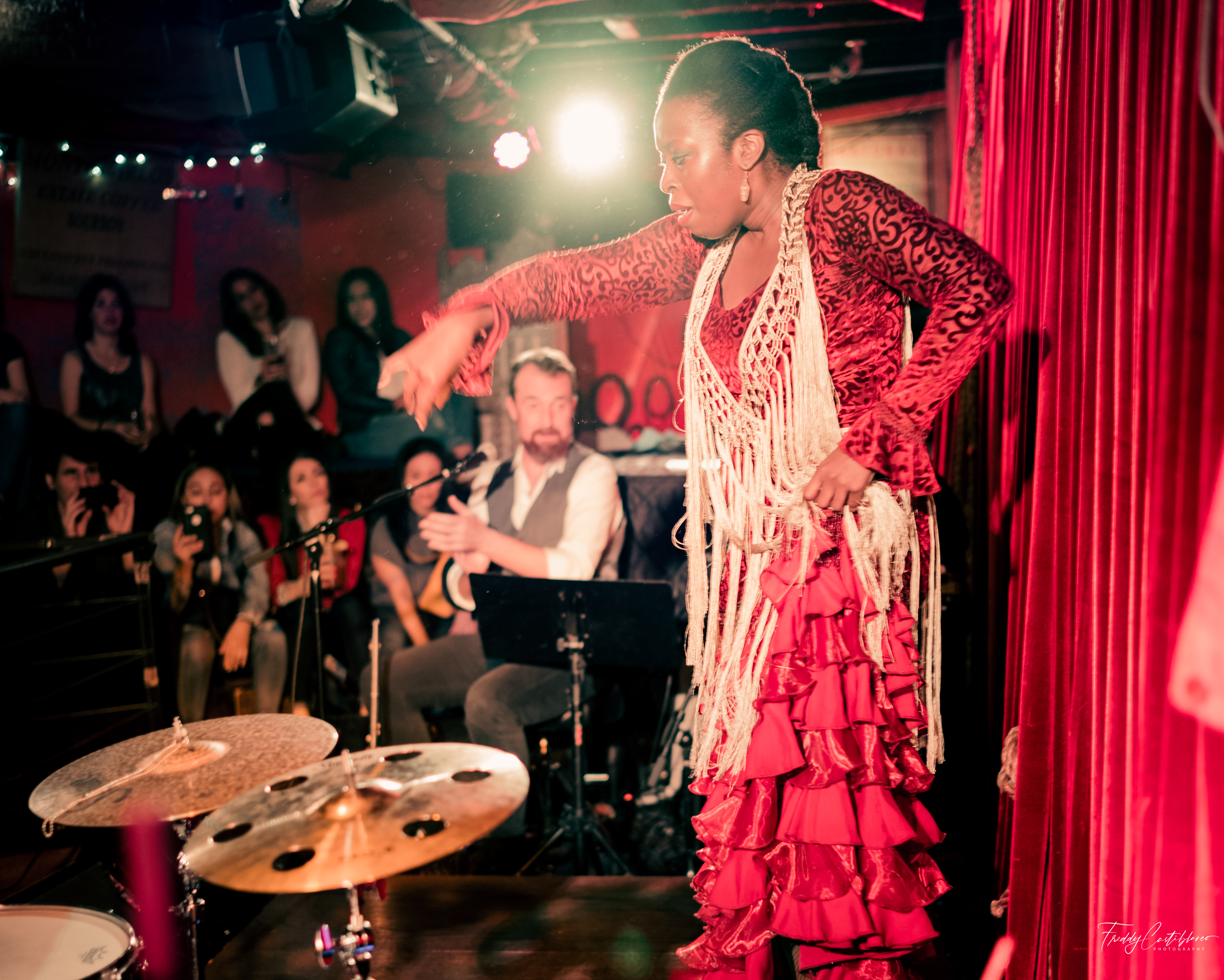 Aliesha Bryan:
Emerging as one of the most exciting talents in the New York flamenco community, Aliesha Bryan is turning heads as a performer both nationally and internationally. She is the winner of the 2016 New York State Flamenco Certamen and the repeat recipient of scholarships to the Carmen de las Cuevas flamenco school in Granada. Following on the heels of performance on one of Spain’s most renowned flamenco stages, the Peña de la Platería, she has most recently graced the stage as a headliner of the Victoria Flamenco Festival in British Columbia and The Body Questions performance and conference event in New York City.

About Adrian Alvarado:
Adrian was born in São Paulo, Brazil 1968. Spanish-Brazilian guitarist, composer, and arranger. (Monica Molina, Pastora Soler, Farhad Darya, Danilo Perez). Adrian Alvarado is a very versatile guitarist, with a solid career as soloist, session musician, as well as a sideman for many artists in the Flamenco scene, Jazz and Brazilian music.