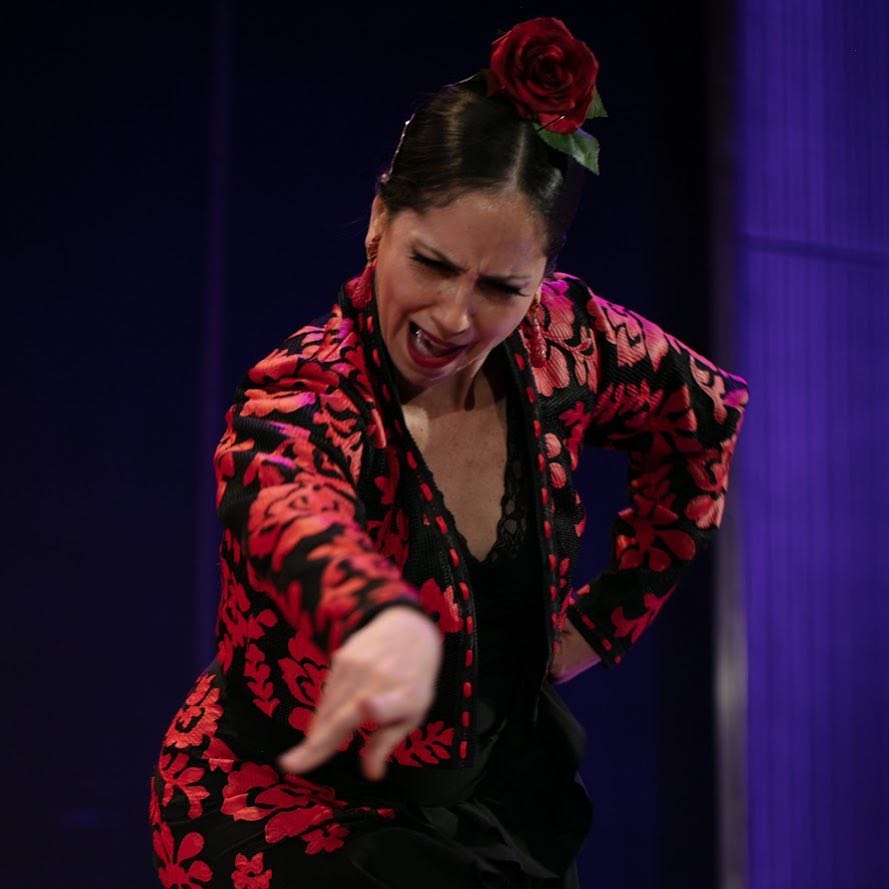 About Adriana Olivares:
Adriana is a New York city-based flamenco dancer. Born in Caracas, Venezuela, Adriana grew up immersed in a cultural landscape rich in dance and music. She has studied with important flamenco artists such as Siudy Garrido, María Juncal, Alfonso Losa, Omayra Amaya and Sonia Olla. She was part of the Siudy flamenco company for more than 11 years. In this company she has performed with Antonio Canales, Juan Manuel Fernández “Farruquito”, and flamenco singer from Spain, Argentina. Other highlights include off-Broadway production entitled Entre Mundos (2011), performances of selections of Amor Brujo with the LA Philharmonic under the direction of Gustavo Dudamel (2014), the Aspen Chamber Orchestra (2016), and the Miami Symphony Orchestra (2017) and Hollywood Bowl LA Philharmonic (2019). Now she is a member of the Nélida Tirado Company and is also pursuing to develop her own solo career.

About Rafael Brunn:
The “soniquete” (flamenco swing) of Raphael Brunn on flamenco guitar is one of a kind. His public debut playing Flamenco guitar was in the opening festivities of the 1992 Olympics in Barcelona, Spain. Raphael has performed with many of the artists who initially inspired his dedication to the flamenco tradition. He worked with El Farruquito and El Torombo in the production of Incognito, in Frankfurt, Germany. Now based in New York City, Raphael performs with various Flamenco artists and is currently working on his second CD.