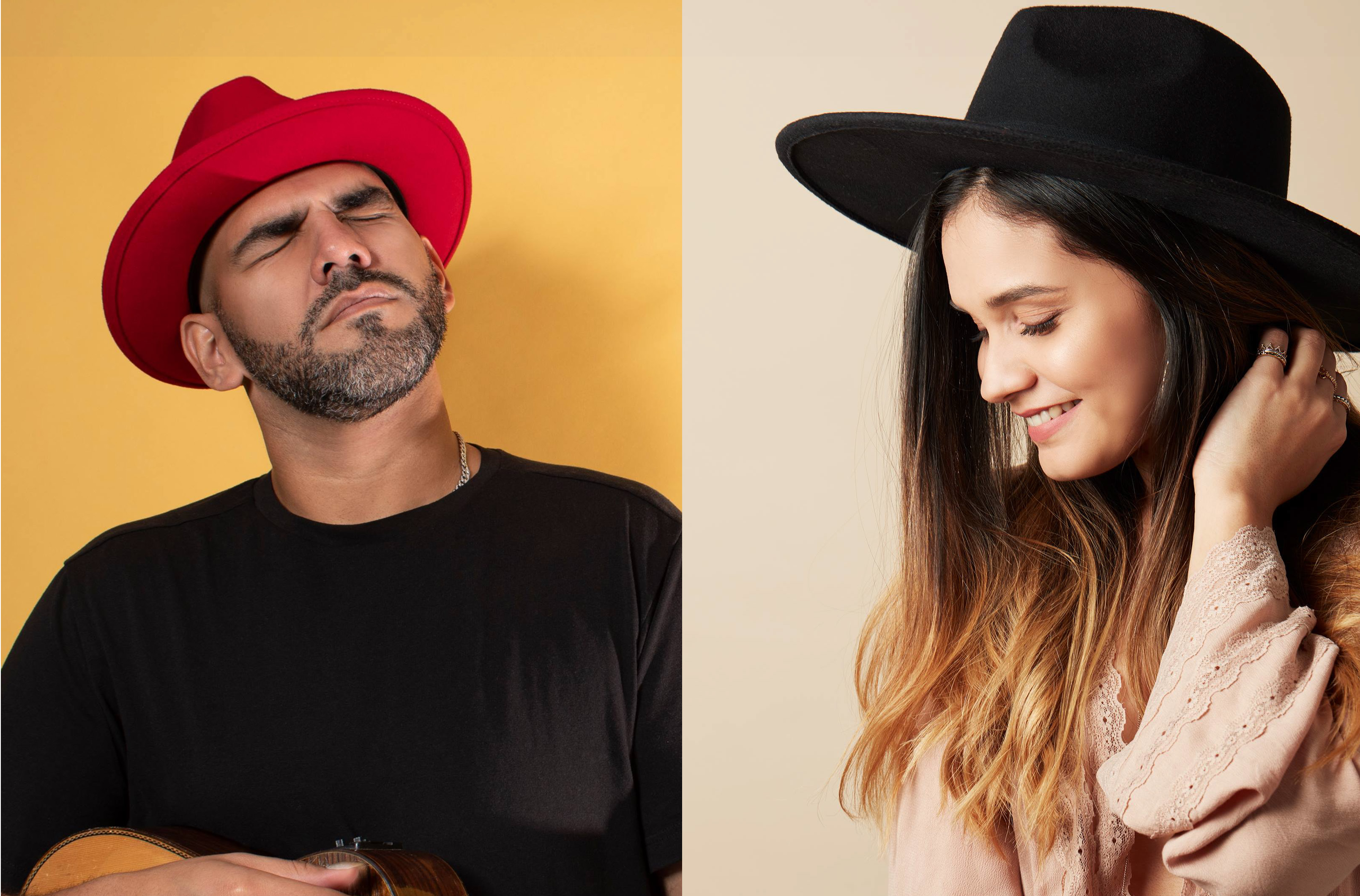 She began to live on the stages of her native Cumaná (Venezuela) at the age of six. Her biography highlights her participation in regional, national and international folk festivals, such as Folkfaro 2010, held in the City of Faro, Portugal, where she represented Venezuela as a solo singer.

Her musical training includes at least seven years of classical piano, basic harmony classes with the renowned Austrian pianist Gerry Weil, and her service as a soprano in renowned lyric music groups in Venezuela. She has made presentations in Colombia, the Dominican Republic, Portugal and the United States; and worked with artists such as Jorge Glem, César Orozco, Luis Enrique, among others.

About Jorge:
Award-winning cuatro player, mandolinist, and musical producer, Jorge Glem is probably the greatest living master of the infectiously rhythmic four-string Venezuelan cuatro. Born in Cumaná, Venezuela, Glem, who currently resides in New York City, has set out with a clear and driven purpose of presenting the Venezuelan cuatro as a universal instrument. His amazing talent and purpose have allowed him to share the stage with renowned worldwide figures such as Paquito D’Rivera, Jordan Rudess, Rubén Blades, Carlos Vives, Calle 13, Natalia Lafoucarde, Guaco, Desorden Público, Ensemble Gurrufío, Gualberto Ibarreto, Etienne Charles, and many other important music personalities, accomplishing the fuse of this traditional instrument in genres such as jazz, salsa, bluegrass, rock, and pop. Glem is without a doubt one of Venezuela’s musical treasures.

” [ Glem’s performance at Lincoln Center,] reaffirmed his status as one of the most individualistically talented players in any style of music around the world” – New York Music Daily.