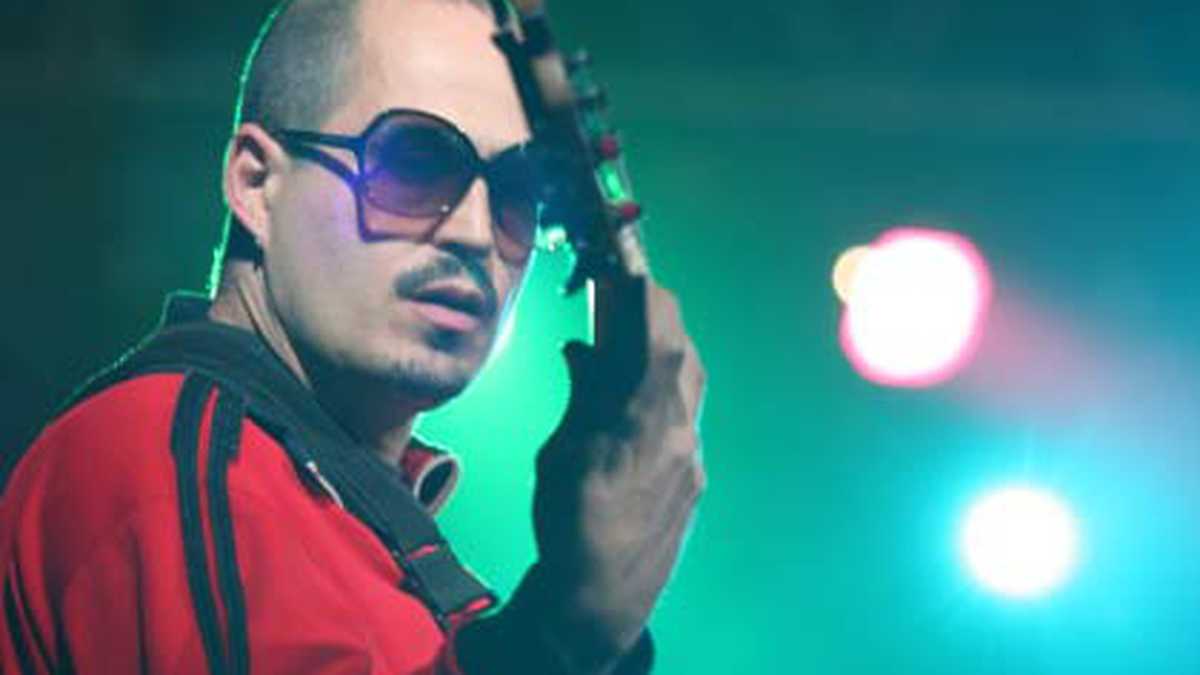 “Los Primos” is a collaborative band showcasing the music of Juan Sebastián Monsalve, Alejandro Flórez and myself. Although we are not cousins (primos), we are fascinated with prime numbers (primos). But the interest is not so much in mathematical intricacies but rather in what Monsalve calls “polyrhythmic cultural resistance”.

About Alejandro Florez:
A Native of Bogotá, Colombia, Alejandro came to the United States to study music at the University of North Texas. While pursuing his Bachelor’s and Master’s degrees in Jazz Studies, he had the opportunity to play with faculty members Fred Hamilton and Stefan Karlsson and study composition with professors John Mallia and Cindy McTee. In addition, he was a Teaching Fellow in the UNT Jazz program. Over the course of his five years in Texas, he received private lessons from John Stowell and Ben Monder. After graduating in the summer of 2005 he moved to New York City, where he works as a guitarist, teacher and composer. He is also active in the jazz and urban music scene in Colombia, performing regularly at local venues and festivals in his country of origin. His current projects include “Tibagui,” which performs original music based on Colombian rhythms from the Andes; the Alejandro Florez Trio, on which he perfomrs original Colombian jazz; the free improvisation trios “Apama” and “Torus;” and the Gallo/Flórez Duo, a group that explores the traditional music of the Colombian Andes. He also perfoms regularly with Cumbiamba eNeYe, Pablo Mayor Folklore Urbano and others.

About Ricardo Gallo:
Colombian pianist and composer Ricardo Gallo has written for acoustic and electro-acoustic formats, for short films, videos, dance, installations and multimedia stage productions, and has performed and written for improvisatory groups. He has published eleven albums as a leader, his music has appeared in several compilations in Colombia, USA, and Europe, and has participated in recordings of several other groups.
Among his main projects is the quartet he leads since 2005 with some of the best musicians from Bogotá’s scene: drummer Jorge Sepúlveda, bassist Juan Manuel Toro, and percussionist Juan David Castaño, developing repertoire and an improvisational approach that integrates an avant-garde and free language with rhythmic and melodic elements from folkloric musical traditions. Ricardo Gallo Cuarteto has released five albums: Los Cerros Testigos (2005), Urdimbres y Marañas (2007), Resistencias (2010), Tribu del Asfalto (2013), and En Tránsito (2018) all of them published under the catalogue of the musician’s collective La Distritofonica.
In New York, he leads since 2007 the group Tierra de Nadie, with seasoned musicians such as trombonist Ray Anderson, saxophonist Dan Blake, bassist Mark Helias, and percussionists Pheeroan akLaff and Satoshi Takeishi. With this project, he released the album The Great Fine Line in 2010 under the portuguese label Clean Feed Records.
Two notable ongoing duos are his long-lasting project with guitarist Alejandro Flórez, publishing in 2009 the album Meleyolamente as a debut for the label Festina Lente Discos, and Algo Más Melódico in 2019 with the same label. With singer Juanita Delgado they published independently Canciones internas y de otras partes in 2016.
Gallo has collaborated with Chilean poet and artist Cecilia Vicuña, performing as duo in the U.S. and Chile, creating the sound design for “Disappeared Quipu”, a multimedia installation for the Brooklyn Museum and MFA in Boston, as well as composing a piece based on her poetry commissioned by Ensemble Ipse in NY.
With the multimedia group La Quinta del Lobo he has participated as composer and performer on piano, keyboards and electronics on two large scale stage pieces: Vanitas Libellum and Cuentos de la Mangleria, performing in several theaters in Colombia as well as in Peru, Hong Kong and U.S.A.
Gallo has participated in projects led by Ray Anderson, Peter Evans (Live in Lisbon), Santiago Botero (MULA, El Ombligo), Edson Velandia (Bin Ban, Aputoi), Pedro Ojeda (Romperayo), Andrés Jiménez (Dilemastronauta) Lukas Ligeti (notebook) among others.
He has performed his own music in Peru, Puerto Rico, Canada, Kenya, Italy, Switzerland, Spain, Poland, Germany, Chile, Argentina, U.S.A. and Colombia. Gallo has received commissions from Colombia Symphony Orchestra and Big Band Bogotá, and funds for tours and residencies from the Ministry of Culture and the Ministry of Foreign Affairs of Colombia, The Banff Centre and the Conseil des Arts et des Lettres du Québec in Canada.
He finished his undergraduate at the University of North Texas with honors and holds a Masters and PhD in music composition from Stony Brook University.
About Juan Sebastian Monsalve:
Juan Sebastián, a bass player from Bogotá, is a crucial figure in the history of jazz made in Bogotá. To review the biography and musical career of Monsalve is to go through a good part of the historical development and growth of the Bogota jazz scene of the last quarter of a century.
He has passed through the Jazz al Parque stage with several emblematic groups, such as the Tico Arnedo Quartet, María Sabina, and his own projects, such as Curupira and Juan Sebastián Monsalve Jazz Cuarteto.
He has also collaborated with great international jazz references, such as Anat Cohen, Sofía Rei, Jeff Ballard, and Jason Lindner. His versatility has allowed him to move easily through musical universes other than jazz, such as punk, rock, academic music, rap, music from India and the vast spectrum of Colombian folk music.
In the 2000 edition of Jazz al Parque, he met the musicians with whom the conditions were given to shortly after record in New Jersey a key and revealing album in the Colombian jazz discography: El Bunde Nebuloso. For 20 years he has been the director and bassist of the Curupira group, the forerunner of new Colombian music.
He has participated as a composer, producer, arranger, bass player and soloist guest in projects such as: Susana baca (Peru), Sofía Rei ( Argentina), El Kanka (Spain), Tita Parra (Chile), Dora Juárez (Mexico), Jason Lindner (USA,) Kraken, 1280 Almas, Andrés Cabas, Maía, Carlos Vives among others.