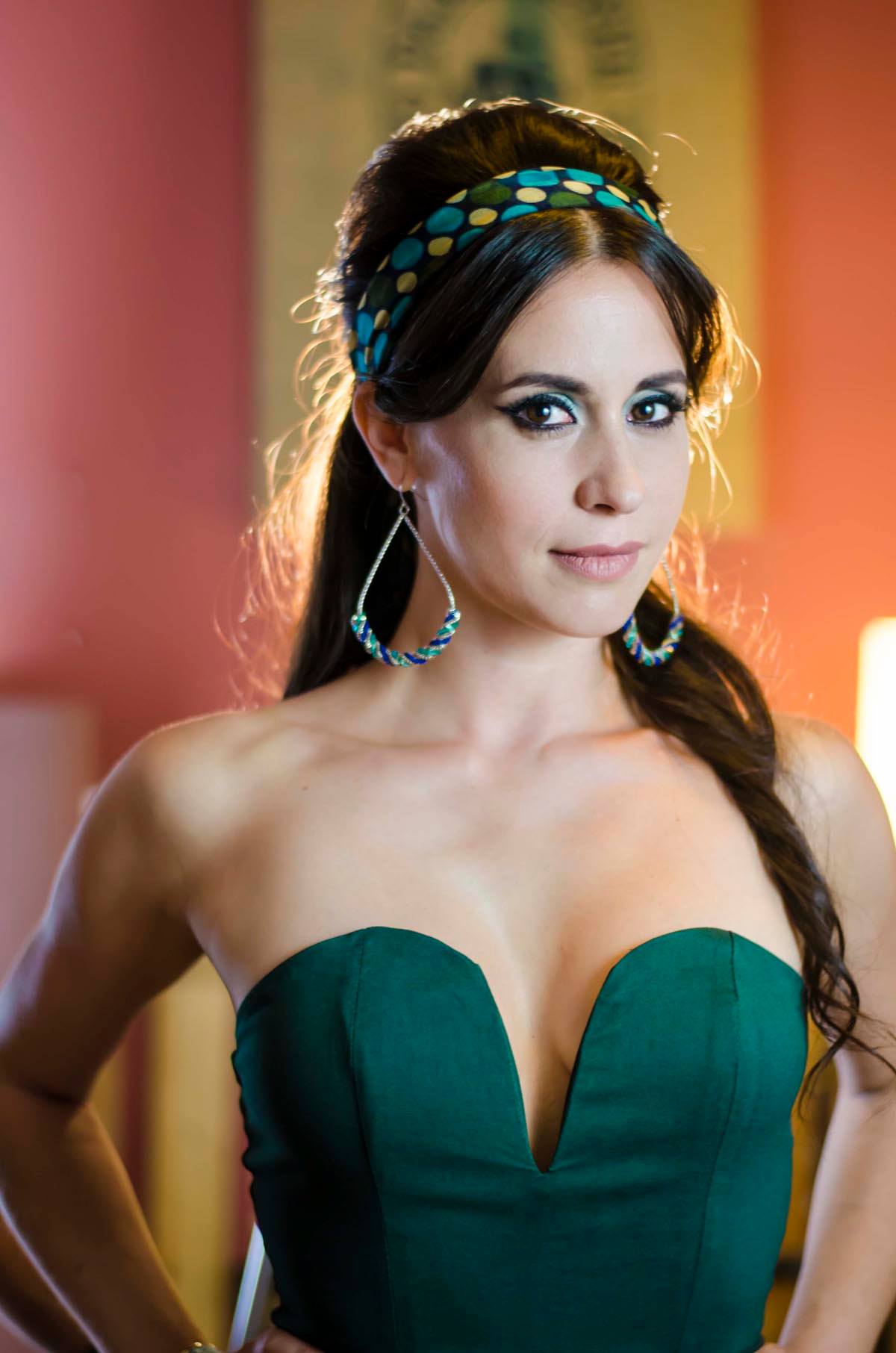 Lara shares the multiculturalism of Granada (her birthplace), a city that moves between Morocco and Spain and where the Arab influence has been present for centuries and is part of the city’s essence.

The objective is to capture emotions and intimacy. It was recorded in an acoustic format, with guitar and, percussions. She has also incorporated the music of special guests from New York and around the World who give to this work the sense of a round trip, where the music departs from its original destination and returns to origin, with new and enriched colors.

Lara Bello was born and raised in Granada, where from a very young age, she shows an interest in performing arts and literature. She begins by writing poetry, stories, and songs. Her concerns lead her to study theater, dance, and music. She specializes in classical singing and violin at the Granada Conservatory and achieves the highest rankings as a soprano in The Royal School of Music of London examinations.

She studies flamenco singing and dance in Granada with various teachers, entering the Mario Maya School of Flamenco in 2005. She studies jazz in Barcelona at the Taller de Musics and workshops at ESMUC with Ana Maria Finger and Gillyanne Kayes.
In 2006 she began to give concerts with her own compositions. In 2007 she was selected by the Ministry of Labor and Social Affairs and the Ministry of Culture for the INJUVE circuit, receiving in 2009 the Second Prize in the Ceutí National Songwriting Competition ( Murcia, Spain). In that same year, she released her first album, “Niña Pez,” with which she was placed in 2010 as the Best Spanish Artist, voted by the European Lists of World Music (WMCE).
This album opens the doors to the United States and Latin America for her, and shortly after releasing the album in Spain, she moves to New York. He formed a New York band with which he began to give concerts worldwide (Kennedy Center in Washington DC, Damascus Jazz Festival in Syria, Ninegates International Jazz Festival in Beijing, Universidad Javeriana in Bogotá, Aga Khan Museum in Toronto, etc.)

In New York, she records her second album Primero Amarillo Later Malva, supported by the Granada International Jazz Festival. With this work, she consolidates as an artist in the United States, being interviewed by PEOPLE in a Spanish magazine, appearing in the Revista de las Aerolineas Mexicanas, NY1 News, PRI’s “The World,” etc.
After several years living in New York, he is an essential part of the representation of Spanish culture in the city, participating in countless projects such as La Ruta de Lorca in New York, the documentary “Moons of New York” about the life of the poet in her time in this city (produced by Producciones Cibeles and Canal Sur), or in 2014 when she was chosen by the Embassy of Spain in Washington to represent the country in the city’s European Culture Week. In 2013 she released “Por el Agua de Granada: Lorca’s songbook” and New York guitarist Eric Kurimski.
In contact with Spain, she also collaborates in projects related to her native country, such as participating in the 2014 Viva la Vega Festival to save the Vega de Granada. She is the composer and producer of the musical-theater play “A la Sombra del Granado,” based on the historical novel by Tariq Ali that takes place in Granada. This work was presented at the Palacio de Congresos in the same city in 2014.

In 2017, she published her album SIKAME with the New York label Biophilia Records. This album has arrangements by Gil Goldstein and the collaboration of artists such as Richard Bona, Lionel Loueke, Jorge Pardo, Carles Benavent, and Romero Lubambo. This album has been recommended by The New York Times and NPR (National Public Radio) in the United States.
She has a degree in Psychology from the University of Granada; she is part of social projects where she works through art. She currently participates in the Lullaby Project, an activity of the Social Impact area of ​​Carnegie Hall in New York.