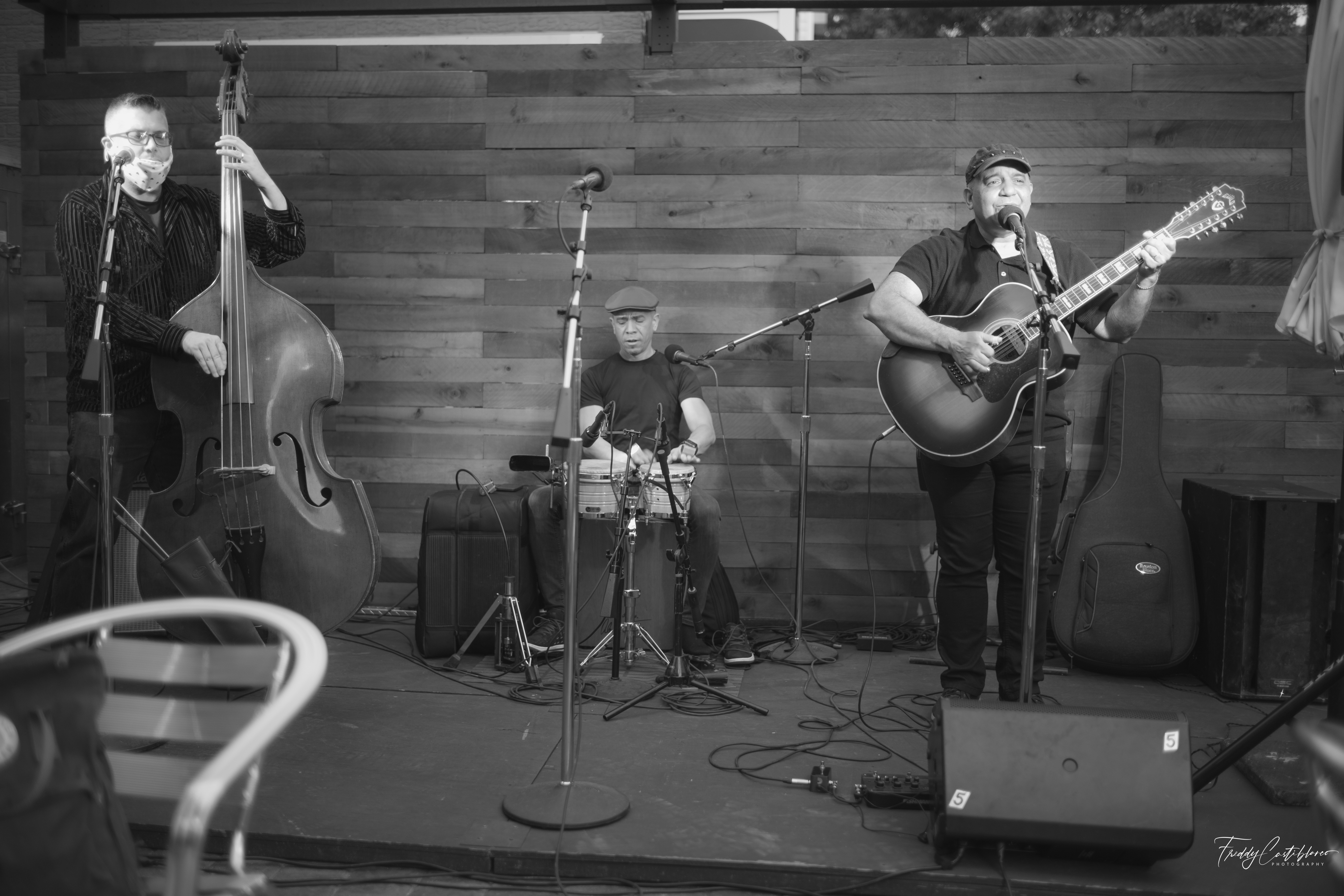 “Juan-Carlos Formell continues to open new doors for a pan-Latin sound: Cuban song forms working as a fulcrum to create tunes without boundaries. David Byrne and Caetano Veloso have used this approach — yet Formell adds a technical brilliance and sense of grounding.” — VARIETY
“With brilliant technique and profound originality, Juan-Carlos Formell has turned the conventions of Afro Cuban music inside-out.” — Global Rhythm Magazine.
Grammy-nominated singer-songwriter Juan-Carlos Formell is in the vanguard of a new generation of musicians from Cuba who are redefining the parameters of Cuban music. A classically trained bassist and virtuoso guitarist gifted with a groundbreaking and powerful writing style, Formell has been hailed as a successor to the iconic singer/songwriters Caetano Veloso, Joao Gilberto, Jackson Browne, and Nick Drake.
With his power trio Yambando, Formell creates a new dimension of Latin music that combines the lyricism of Cuba’s traditional trove with Afro Cuban rhythms and the progressive harmonies of Cuban jazz — all built around Formell’s dazzling guitar.
“I’m part of a new generation of musicians who have come out of Cuba with something to say, with a mission to expand the definition of what Cuban music is and can be,” Formell explains. “We’re challenging the rules and clichés of Latin music and the American jazz establishment, making new music with our own rules.”
Part poet, part prophet, Juan-Carlos has forged a post-modern identity for Afro Cuban music that has been hailed as “the magic realism of music.” His five albums constitute an epic poem of Antillean myth-history, with songs that range from paeans to the flora and fauna of his native country, to a defiant call to freedom for a runaway slave, a personal invocation to an Afro Cuban deity, or a love song to the moon.
Juan-Carlos has performed solo and with his ensembles in many of the most prestigious music festivals, jazz venues, and concert halls throughout the United States: NYC Winter Jazzfest • The Ravinia Music Festival • The Chicago World Music Festival • The Monterey Jazz Festival • The Hollywood Bowl World Music Festival.
In New York at Dizzy’s Coca-Cola in Lincoln Center; Birdland; Jazz Standard; Joe’s Pub, Irving Plaza, The Bowery Ballroom; Living Room; The Knitting Factory; Zinc Bar; in Chicago at Hot House; in New Orleans at Snug Harbor Jazz Bistro; in Seattle at The Town Hall; in Portland at The Blue Monk; in Oakland at Yoshi’s; in Berkeley at Freight & Salvage; in Los Angeles at Skirball Center and McCabe’s; in Miami at Hoy Como Ayer, The Van Dyke Cafe, Starfish; in Madison, WI at Magnus.
Juan-Carlos Formell discography: Songs from a Little Blue House (RCA) — Las Calles del Paraiso (EMI) — Cemeteries & Desire (Narada) — Son Radical (Narada) — Johnny’s Dream Club (Caryatid Music).