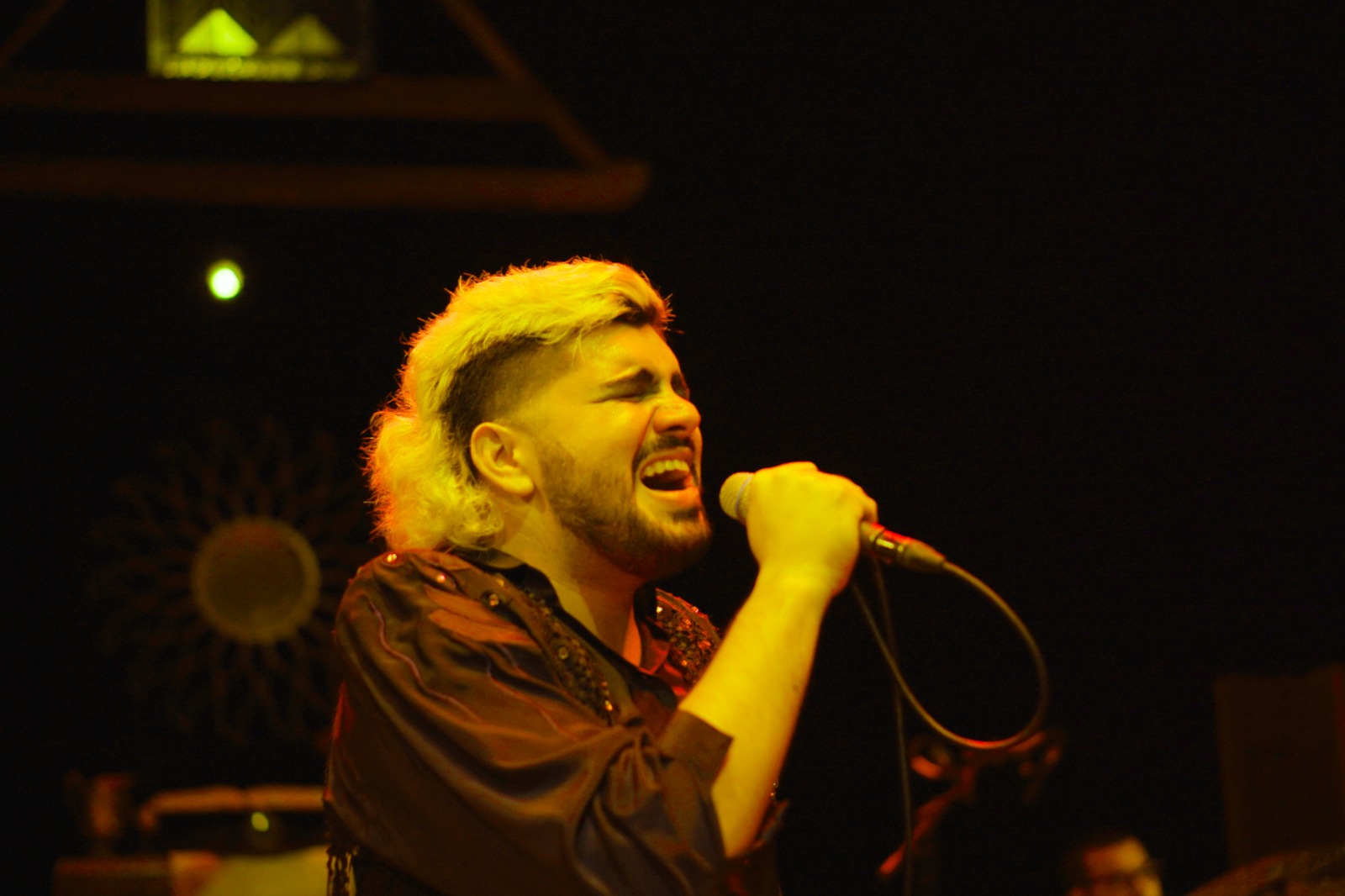 Joe Louis is a Puerto Rican singer-songwriter who works with what he calls “experimental bohemia.” His music dialogues with boleros, folklore, alternative rock and jíbaro music along with vocal improvisation and queerness. His lyrics inhabit an erotic-surreal universe that can sometimes be nostalgic and melancholic.
About Joe Louis:
Joe has performed on many stages in the Island and New York. He studied Journalism and Playwriting at the University of Puerto Rico, Río Piedras Campus. His first album, Lo Sagrado, was released last December and the official concert was at the Victoria Espinosa Theater in Santurce, Puerto Rico. Joe Louis and the Dream Band of the Red Door is a cabaret and sensual proposal, but without moving away from the nostalgic and melancholic essence.