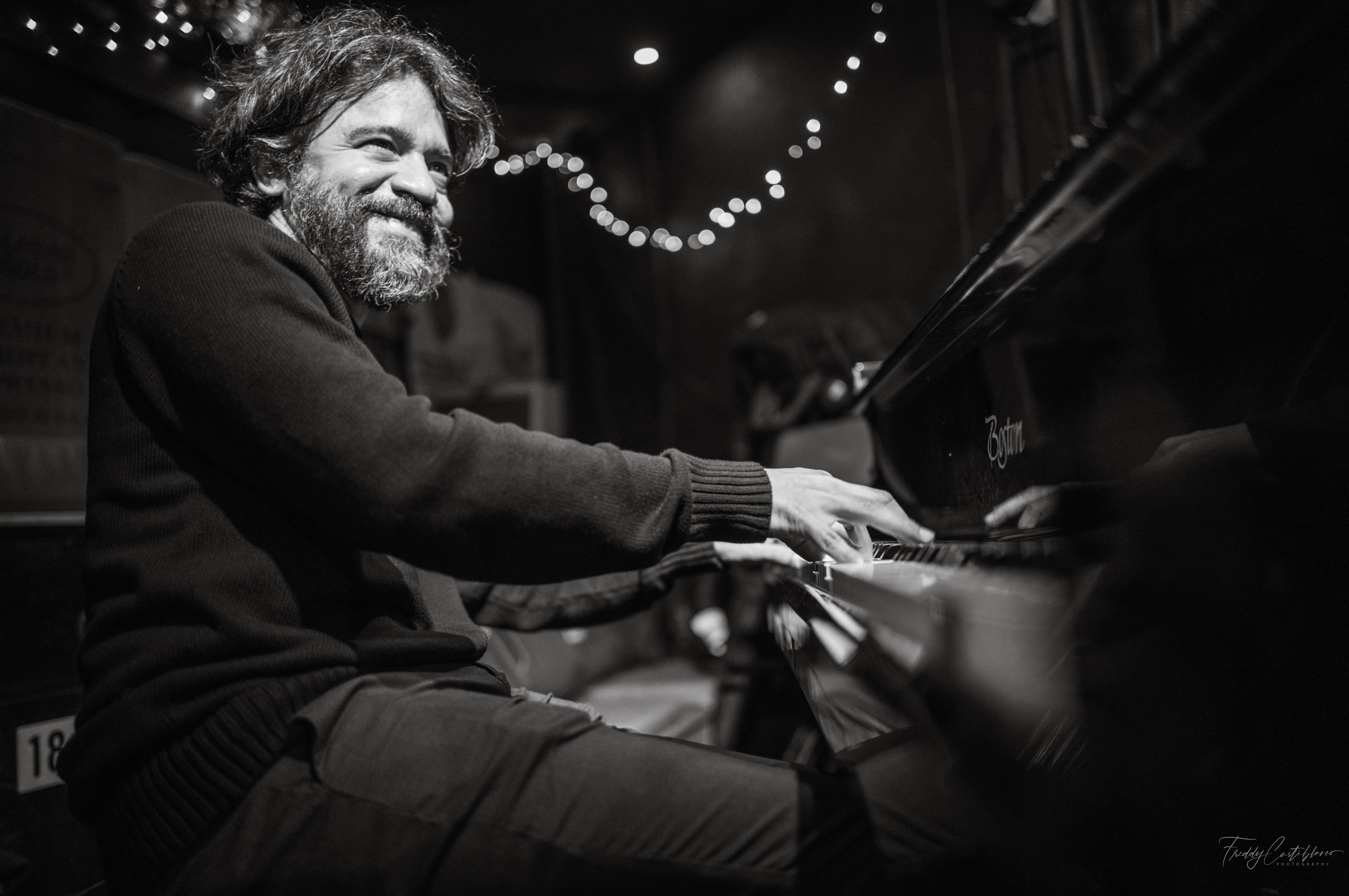 Holman Alvarez Jazz Trio & Sunday Jam
Presented by Terraza 7
Sunday, December 4th 2022 at 4:00 pm.
$15 Cover charge for first set concert.
$10 Cover charge for Second set Jam Session.
Featuring:
John Benitez / Bass
Zack O’Farrill / Drums
Holman Alvarez / Piano; arrangements and compositions.
The music of the Holman Alvarez trio has been influenced by jazz, contemporary and Latin-American music. After playing for more than 10 years in this format with musicians from Argentina and Colombia, Alvarez will be joined this time by the amazing NY jazz musicians John Benitez on bass and Zack O’farril on drums. The trio will play original compositions, some of them influenced by Colombian music.
Open Jam session after the concert.
About Holman Alvarez:
Holman grew up in Cali- Colombia where studied piano and composition. After that he traveled to Buenos Aires and lived there for almost 4 years, playing, and studying in the jazz scene at that moment. In 2010 he moved to Bogotá where developed his music career playing jazz and improvised music with local musicians such as Jorge Sepúlveda, Gina Savino, and Antonio Arnedo among others. He has released 5 albums as a leader and recorded several others as a sideman. As a composer, he works writing music for films and chamber music. As a teacher, he worked for almost 11 years at the Universidad Javeriana in Bogotá.
+ Google Calendar+ iCal Export