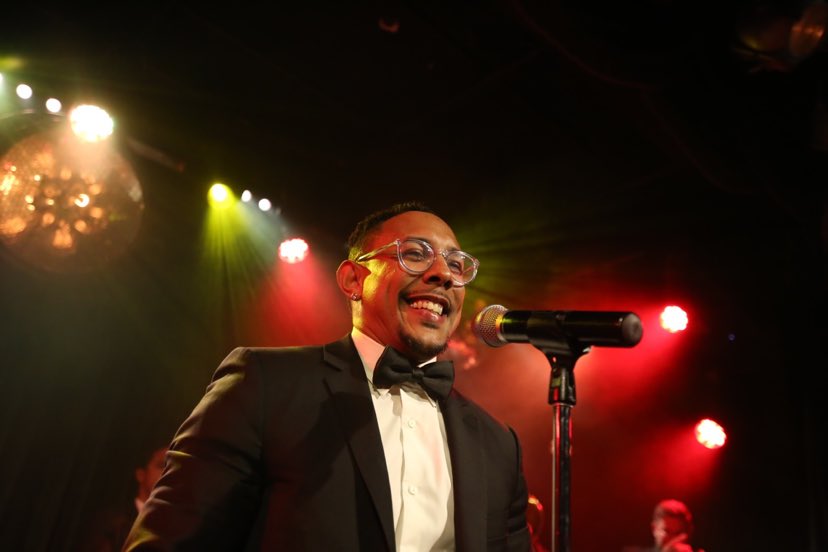 About Gerardo Contino:
Classically trained and with years of experience in Cuban and American salsa, jazz, and big orchestra bands, the Havana-born Gerardo Contino is a multi-talented singer and songwriter.
Gerardo created Los Habaneros in 2012, which has gone on to become the “Best Band in Manhattan” (WNYC/NPR), and “Best Cuban Dance Band” (NY Latin Culture Magazine).
Gerardo is also the lead-Latin singer for the Max Weinberg Orchestra, and lead vocalist for the Larry Harlow’s Latin Legend’s Band. own words
Gerardo has also embarked on theater, performing in Hatuey: Memory of Fire with Peak Performances, a Yiddish-Cuban opera. He is currently working on a new musical theater project set in late 19th century Cuba.
About Los Habaneros NYC:
“Best Band in Manhattan” (WNYC/NPR)
“Best Cuban Dance Band” (NY Latin Culture Magazine).
The explosive Los Habaneros are a force to behold on stage. Mixing musical styles from their home in Cuba with the diversity of sounds they encountered when they made New York City their home, Los Habaneros transcend traditional musical genres to create a real fusion that provokes fans into hip-shaking abandon.
“a joyful, gyratory salsa celebration” – Time Out New York
‘Judges and audience alike were blown away by this charismatic bandleader and his new Cuban music. “People who can’t even dance were trying,” said Alicia Olatuja. Beyond the band’s energy and charisma, the band played so well together, with musicianship that led Olatuja to remark that they were “the biggest band and the one with the best balance.”‘ – NPR/WNYC