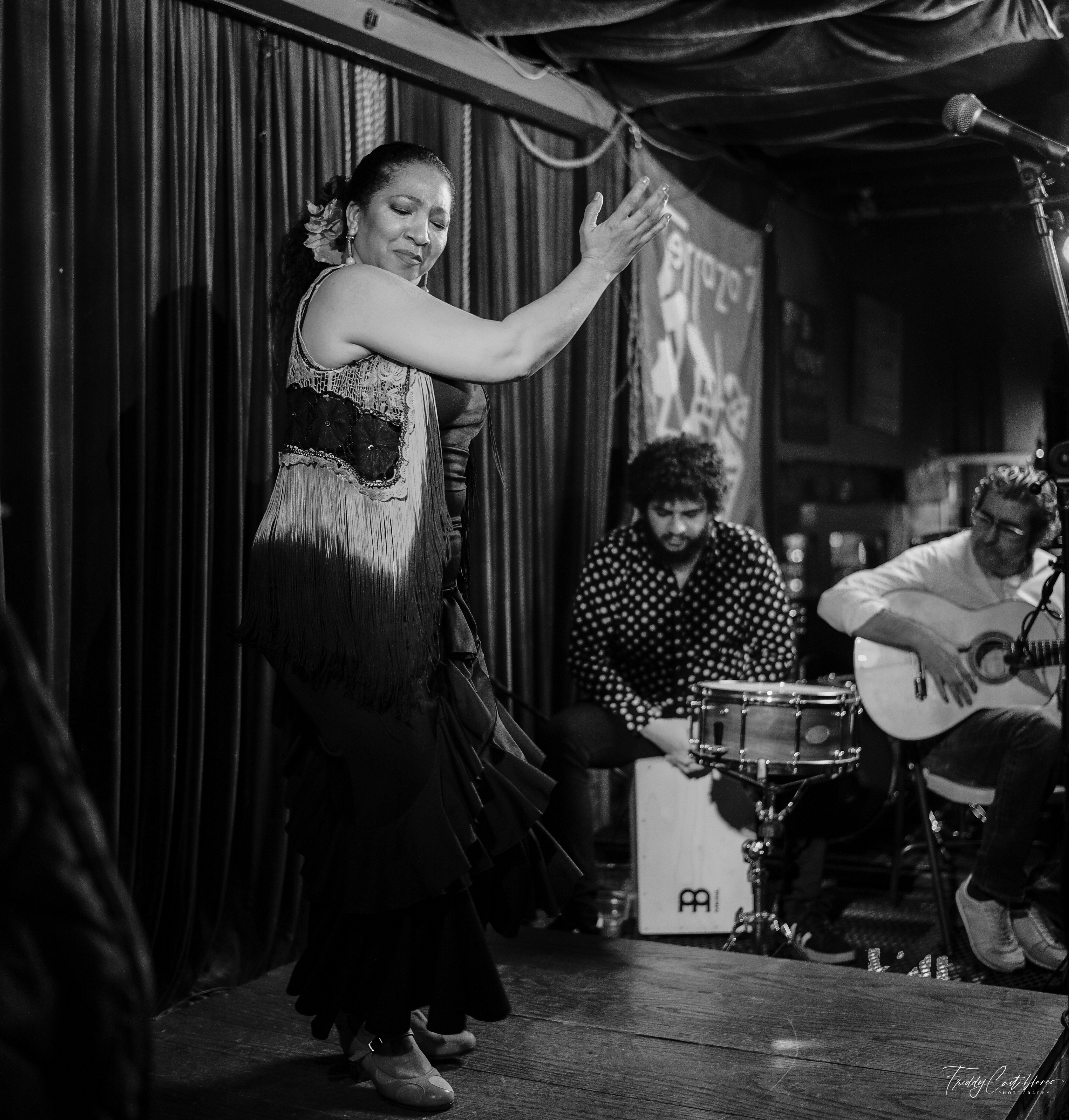 Flamenco Workshop by Elena Andujar at Tablao Terraza 7, every Saturday of March 2020, from 12 noon.
Teacher: Elena Andujar.
All classes are 90 minutes and are accompanied by flamenco singing and Cajon flamenco.
1) Appreciation and flamenco dance:
a) Beginners : 2:30pm – 4:00pm
b) Intermediate and advanced levels: 4:30pm – 6pm
2) Appreciation, compass, and palms: 12:00 – 1:30 pm. (Only one level)
The fundamental basis of Flamenco is the Compass, learn the air and the Soniquete that moves this art.
Tuition fee:
One Class: $35;  Two Classes: $60; Four Classes: $100
The great artist Elena Andújar will offer theoretical-practical classes, explain the origins and give you basic notions to differentiate Los Palos in a pleasant and didactic way, and finally, you will put them into practice.