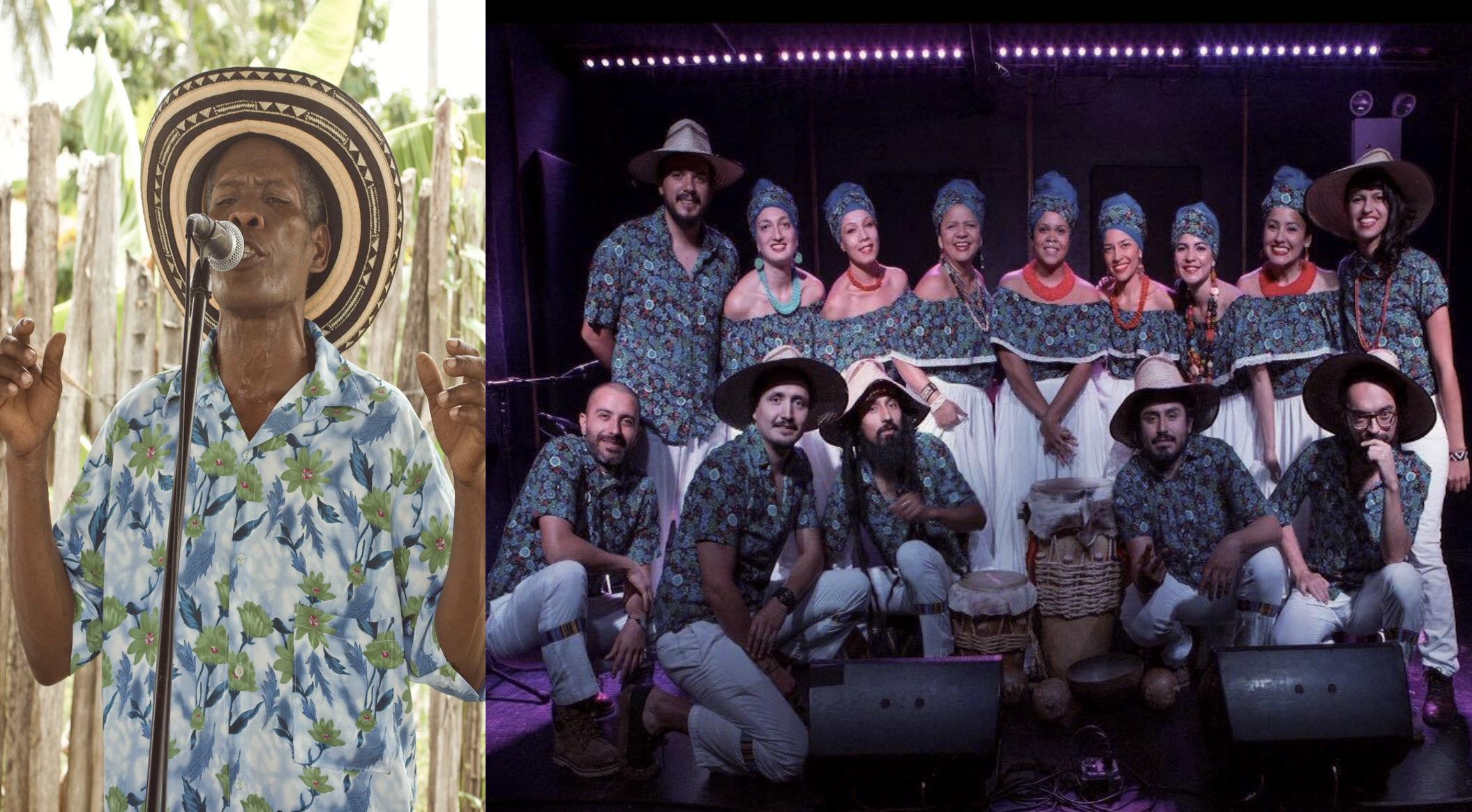 The sound of the bullerengue drum has reverberated from the distant memories of the first migrations of African people across the region of San Juan de Urabá, Colombia. Full of emotion, sorrow and joy, this ancestral music is the oldest African musical tradition in Colombia, and singer and percussionist Emilsen Pacheco Blanco is considered one of the genre’s leading exponents.

In this New York and Washington tour, he will be doing concerts and workshops for and with the 13-person New York–based bullerengue collective Bulla en el Barrio, led by Carolina Oliveros.
Emilsen Pacheco is an important representative of the culture of the bullerengue, a cultural tradition of the Afro-Colombian Caribbean, characterized by its musical and dance performance by Afro-Colombian communities in their own territory.
Pacheco comes from a family with outstanding lineage in this collective cultural practice among the Afro-descendant community. With his ancestral knowledge of this practice, Pacheco will now be representing his community and his culture in different scenarios in the United States.

BULLA EN EL BARRIO is a group that aims to share the traditions, and experiences of the Colombian cantaoras of the regions of Uraba, Cordoba, Bolivar, and Atlántico. Bulla en el Barrio is an effort to open up a space in New York City to explore more deeply the songs and dances of these traditions, which have been a tool for women to express themselves for many centuries.

$20 cover charge for mezzanine; $15 cover for the first floor.