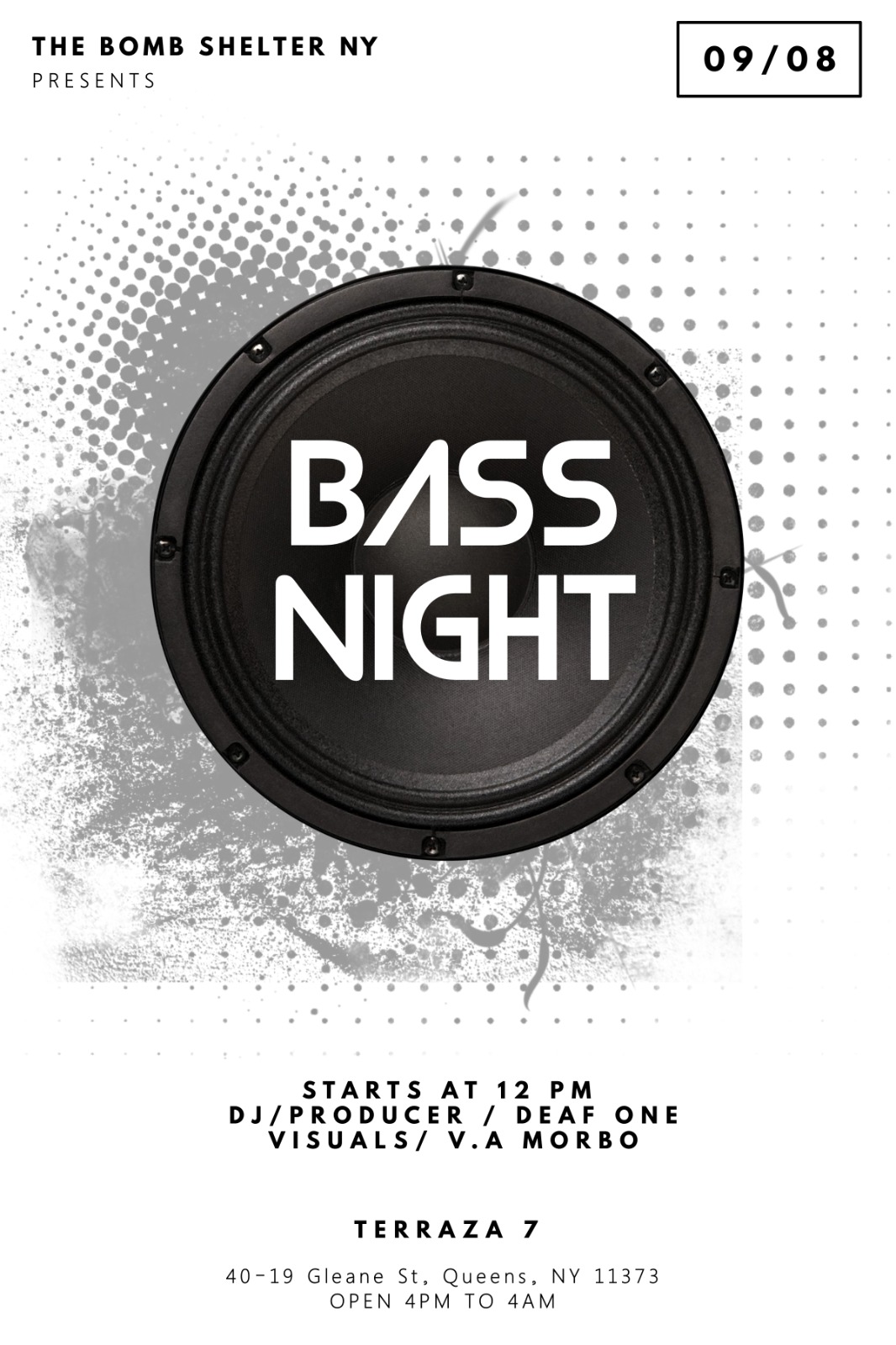 Jungle and Drum & Bass emerged in the early ’90s at the root of the Breakbeat Hardcore Rave scene in England. In the cities of

London, Manchester, and Bristol DJs and producers created an answer

to American Hip Hop. Jungle and Drum & Bass are Hip Hop dubbed at 2x the speed with the focus on breakbeats, samples, and Dub that comes from the influence of Jamaica and the sound system culture. Made in independent studios, home recordings were shared between DJs in

the form of vinyl pressed at independent printing plants throughout England. Using this method the sound became exclusive to whatever DJ had these exclusive vinyl’s, this underground movement spread to various cities around the world and continues to be an influence for electronic musicians and DJ’s.

Tonight, we have DEAF ONE from Bogota mixing live Drum & Bass and its various subgenres. We also have visuals by VJ Morbo an audiovisual artist from Medellin Colombia. They will share with us this music that has themes of social rebellion, science fiction, love, and the complexity of urban reality.

Raphael was born in Bogota raised in Queens. Here in between two worlds is where you will find Raphael. Mainstream and Underground, Dark and Light, Space and Structure. Memories of Colombian mountain landscapes and graffiti-stricken trains of the NYC subway system always intrigued the student of sound and music. Hip Hop and DJing came natural, growing up in the Golden era of Hip Hop and the late 90’s rave scene, Rafael took an interest in the turntable and the synthesizer. This led to a connection with John Hubela and CDJ Music a mobile DJ company in the year 2000. Providing the music for Private events throughout New York in places like Windows on the world, Le Cirque, and Studio 54, several residencies including, Club Spy, Hypnotic, and Mustang, Raphael began to DJ and produce music as DEAF.