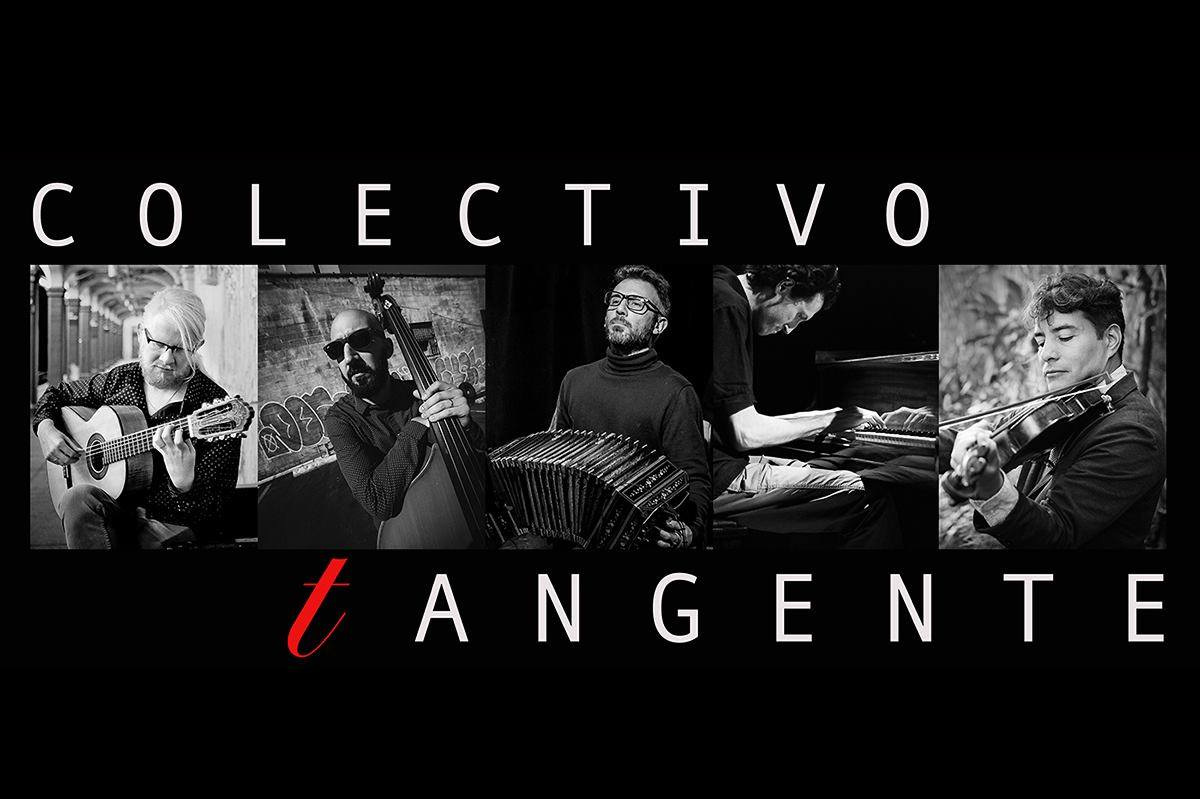 Colectivo Tangente is a NY-based collective of Latin American composers and arrangers bonded together to create new music that draws from traditions of their motherlands.

About Sergio Reyes:
Passionate about the arts, literature, and Guatemalan history, Sergio R. Reyes M. addresses Guatemalan and Latin American current issues and societal challenges as the core inspiration for his original orchestra, chamber music, and choral compositions. As a violinist, Mr. Reyes has performed in New York’s most important halls, including Carnegie Hall, Lincoln Center, MoMA, the Metropolitan Museum of Art, and the Blue Note. He has shared the stage with acclaimed artists such as soprano Frederica Von Stade, vocalist Lucía Pulido, singer-activist Danny Rivera, and musicians who worked with composer Astor Piazzolla, such as Pablo Ziegler, Héctor Del Curto, and Daniel Binelli.

About Pablo Lanougere:
Born in Buenos Aires, Argentina, Pablo Lanouguere is an active musician and composer based out in New York City. As a sought after musician, he regularly plays with renowned artists and bands of Tango, Jazz, Latin-Jazz, Swing, Salsa, Classical and World Music. He has played at some of the most important venues in NYC such as Carnegie Hall, Lincoln Center, The National Sawdust, Zinc Bar, SOB’S, Rockwood Music Hall, The Bitter End, The Django, among others.
www.pablolanouguere.com

About Fede Diaz:
Born in Mendoza, Argentina, Federico Díaz is an up-and-coming versatile musician of the new generation of guitarists, with a multi-faceted career as a performing artist, arranger, and composer in the Classical and Argentinian music worlds. His performances have taken him to distinguished festivals and concert halls across the US, Europe, and Latin America. Diaz’s passion for chamber music leads him to collaborate with musicians such as Juan Falú, Daniel Binelli, Bruno Cavallaro, Juan Pablo Navarro, Lionel Cottet, among others. He has recorded for Sony Classical and Epsa Music. Federico studied at prestigious institutions such as the National University of Cuyo, University Mozarteum Salzburg, Hochschule für Musik Hanns Eisler, and Manhattan School of Music. His former teachers include Eliot Fisk, Ricardo Gallén, David Starobin, and Frederic Hand. Currently, he is finishing a Doctor’s Degree in Performance, at the Graduate Center of the City University of New York.

About Emilio Teubal:
Argentinean Pianist and Composer Emilio Teubal has been living and working in NYC since 1999. He is the pianist of the 2018 Latin Grammy album “Vigor Tanguero” by the Pedro Giraudo Quartet on the best Tango album category. Mr. Teubal has been an essential member of the Tango, Latin and Jazz scene of New York performing and recording with Pedro Giraudo, Marta Gomez, Sam Sadigursky, Erik Friedlander, Grammy award winners Fernando Otero and Phillippe Quint, bandoneon legends Raul Jaurena, Lisandro Adrover, and Daniel Binelli among others. Emilio has performed both as a bandleader and sideman in some of the most prestigious venues and theaters in the United States such as The Lincoln Center, The Kennedy Center, Brooklyn Academy of Music, Symphony Space, The Blue Note, Birdland, Le Poisson Rouge, Joes Pub, and The Citifields Mets Stadium. He has also toured several countries such as Mexico, Guatemala, Japan, Qatar, Spain, and Argentina to name a few.
www.emilioteubal.com