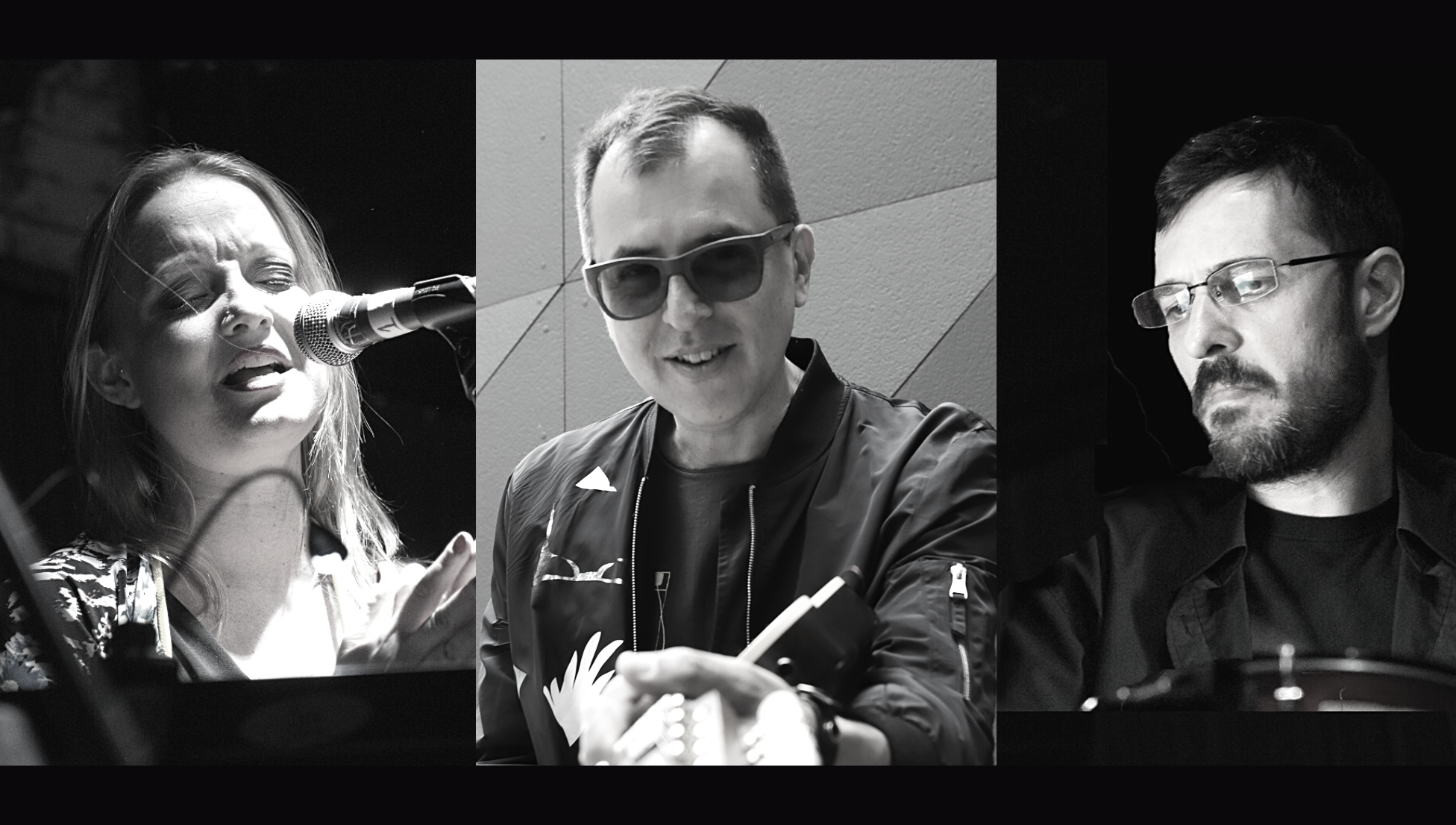 About Chuño: is an experimental music duo originated by two Argentinian, New York City-based musicians, percussionist Franco Pinna and singer Sofia Tosello.
Chuño blends the rhythms and melodies of South and Central America, using the “Arpa Legüera”, an instrument that evokes the sounds of a Charango, African Kora, and Asian Koto. Arpa Legüera was invented and crafted by Franco Pinna. in 2013.
Franco’s setting includes drum set, percussion from around the world, and the Arpa Legüera. Sofia Tosello brings warmth, storytelling, and a passionate interpretation of the lyrics.

About Juancho Herrera Duo: Latin Grammy nominee producer, singer-songwriter and guitarist, Juancho Herrera and drummer extraordinaire Franco Pinna are part of a wave of Latin American musicians who’ve transformed the New York music scene in recent decades. With four albums under his name, Juancho Herrera he’s carved out a singular path with a highly personal synthesis of jazz and South American sounds. Franco Pinna is one of the most unique voices in his instrument and has incorporated a myriad of sounds and rhythms from across the globe into his drumming. The two have been collaborators for years and will be bringing a repertoire of originals and unique renditions of classics of the Latin American diaspora to Terraza 7 on September 17 at 8 PM.