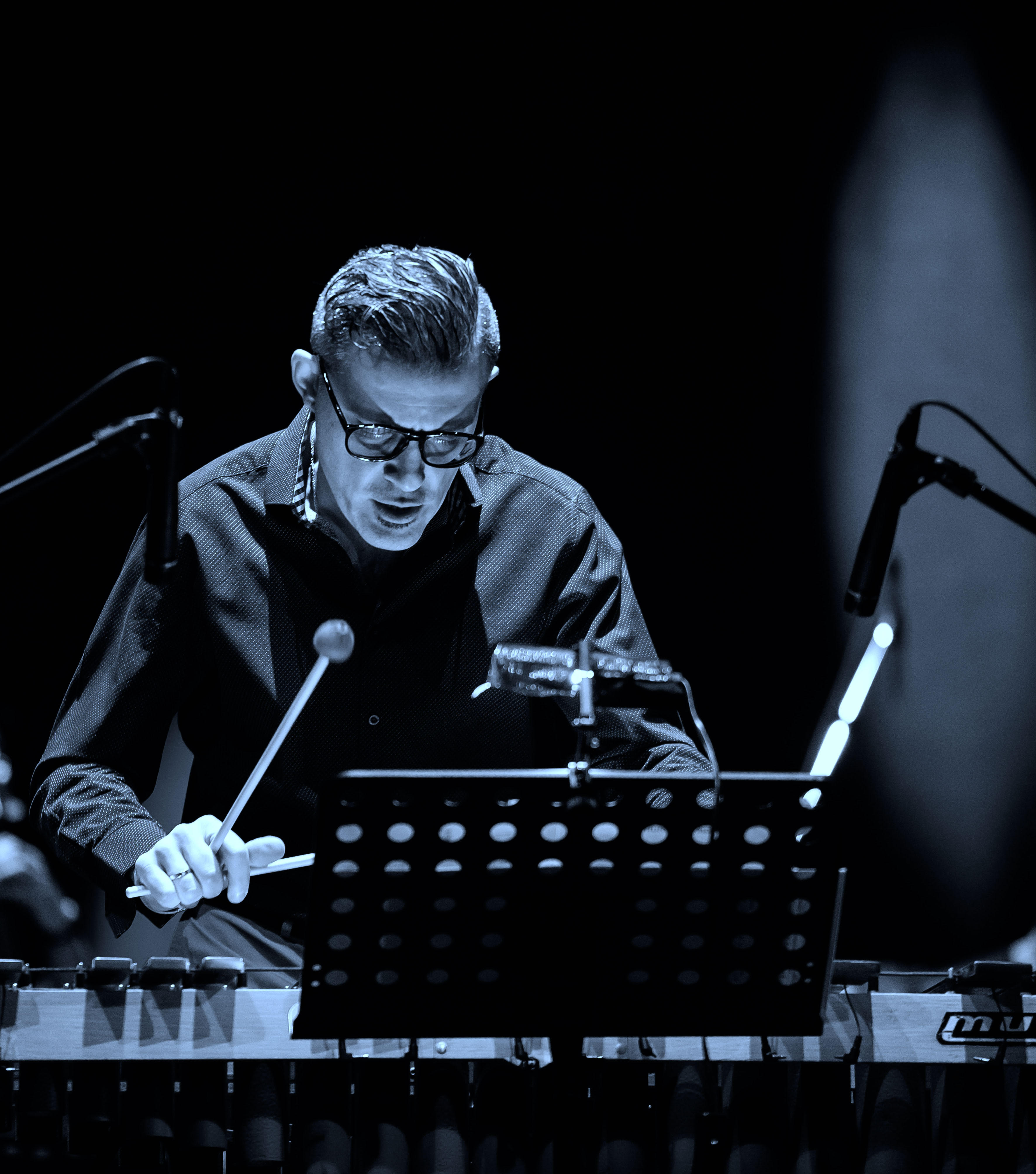 Christos was born and raised in Greece, where he completed his studies in classical percussion. After receiving a scholarship from Berklee College of Music, he moved to Boston, attaining a BA in Jazz Vibraphone Performance and later moved to New York, where he graduated from Manhattan School of Music earning his MA in Jazz Vibraphone Performance.
Christos found his personal voice when he established ‘Manhattan Vibes’, a band that has appeared at numerous New York’s cutting edge venues including the Blue Note, the Jazz Standard, Smoke Jazz Club and Dizzy’s Club Coca Cola. Highlights of his career include performances with the Lincoln Center Jazz Orchestra and Wynton Marsalis, a US tour with the Charles Mingus ‘Epitaph’ Band featuring bassist Christian McBride and conductor Gunther Schuller, a recording with the Harmony Ensemble of NY of Henry Mancini’s ‘Peter Gunn’ featuring Lew Soloff, Ronnie Cuber and Victor Lewis, recordings with vocalist Chaka Khan and a duo performance at Carnegie Hall with pianist Sergio Salvatore.
For several years Christos has been a guest faculty member at the ‘Zeltsman Marimba Festival’ which takes place every summer in different parts of the world. He also has an Artist Residency at the ‘Music Village’ in Greece. His original works for mallets are published from MRL MUSIC and are being played in concerts around the world.
Christos is endorsed by Musser Vibraphones, Balter Mallets, Pearl MalletStation and makes his home in New York City.