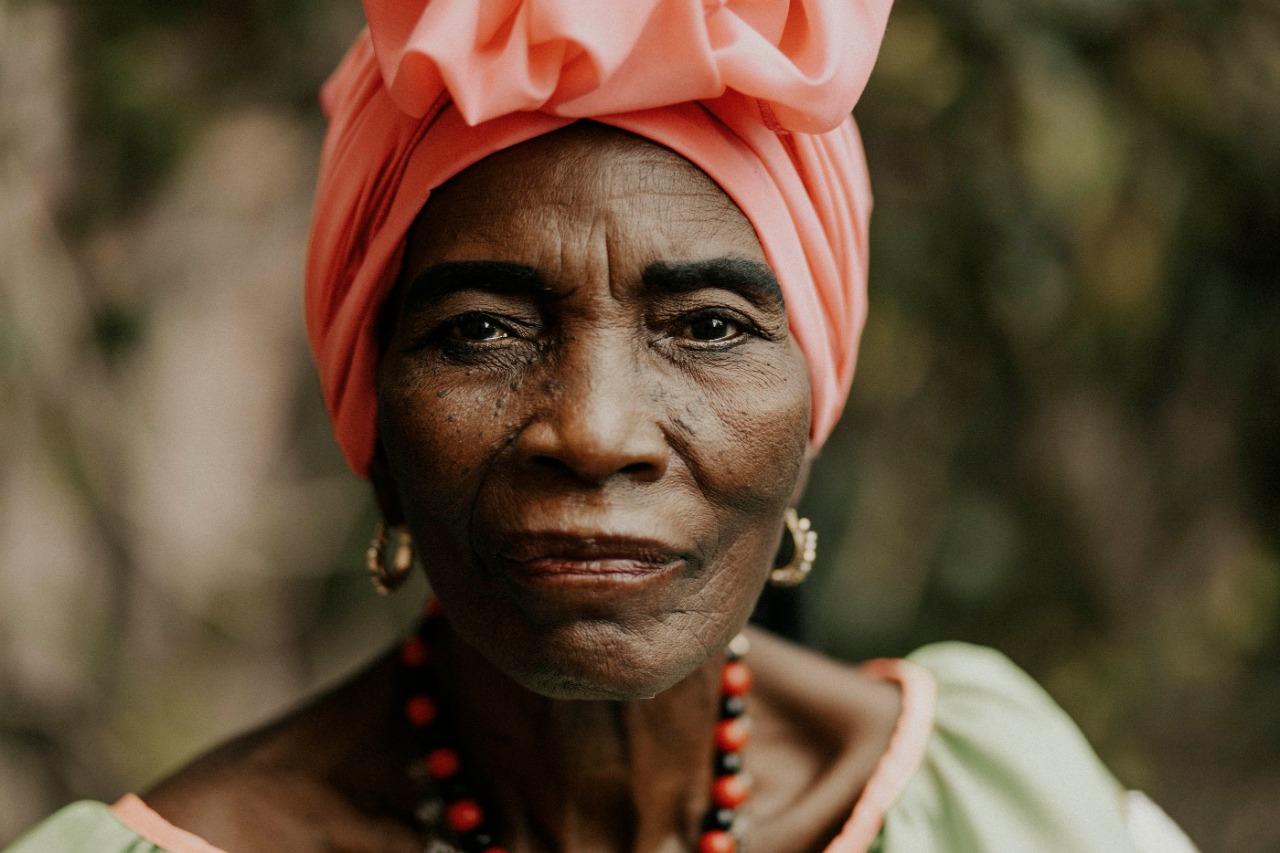 CEFERINA BANQUEZ: Born February 3rd 1938 in Guamanga, Carmen de Bolívar, in the Caribbean of Colombia, a descendant of traditional singers such as her aunts María del Carmen Teherán and María de Los Reyes Teherán; peasant by birth and by conviction her main occupation is to work the land cultivating cassava, plantain and everything that can be harvested in her region, and it is precisely in these moments of tillage when inspiration arises and composes and sings.
As many of the inhabitants of this area suffered the displacement because of the violence in Colombia, but that was no excuse to stop singing being their homeland the muse for their compositions, in the “exile” Ceferina recorded her first album, with which she achieved to popularize songs of her authorship like Estebena, el Soco, Pundunga, Throwing blood through the nose, the Curucucu among others.
Ceferina is a versatile Singer Song writer of the Bullerengue sentao, Son de negro and fandango, their songs express the African traditions of the region, for which she obtained the title of QUEEN OF THE BULLERENGUE OF THE FESTIVAL OF MARIA LA BAJA IN 2009, The cultural contribution of this Master of Bullerengue has also been recognized by the Ministry of Culture of Colombia with the National Award for the dedication of the enrichment of the ancestral culture of the Afro-Colombian communities 2013.
After 18 years displaced from her territory and almost turning 80 years old Ceferina has been able to return home in Guamanga, and now that happiness is reflected in her musical performances and in the new album that will be released in the second half of 2018.
Her recent European summer tour in July 2018 was very successfully, visiting Madrid, Barcelona, Paris, Lyon, Vienna and Goteborg in Sweden. In September of 2018 Ceferina was touring Chile and had and official showcase at the international music conference Imesur in Santiago.