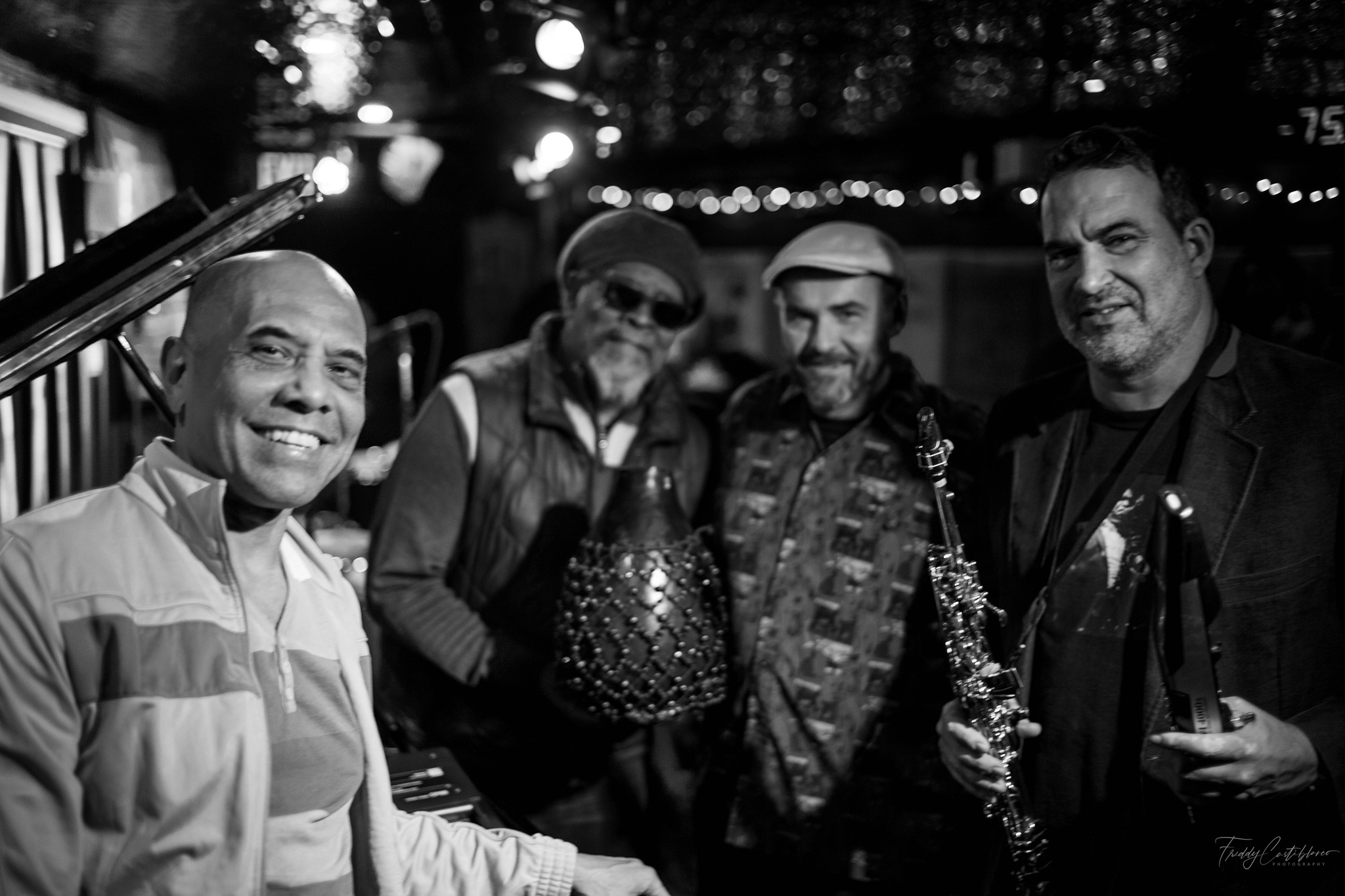 About Oriente Lopez:
Oriente was born in 1962 in Havana, Cuba, and received 15 years of classical music training at various institutions in Havana. From an early age, he was interested in jazz and popular music. In 1983, he joined the band Afrocuba, serving as music director for 7 years. Selected recordings of compositions he wrote and arranged from that period are “Dile Que Vuelvo,” 1981; “Eclipse De Sol,” 1987; and “Sobrevolando,” 1988. Afrocuba shared the stage for 5 years with Cuban singer-songwriter Silvio Rodriguez, and also produced 2 double-album CDs: “Causas y Azares.” 1987; and “Oh, Melancolía,” in 1988.
In 1993 Oriente came to New York City and began working as a pianist, flutist, musical director, composer, arranger, and producer. Distinguishing himself as a composer and arranger, his collaborations include works with Regina Carter, Paul Simon, Paquito D’Rivera, Ralph Irizarry & Timbalaye, Patato, Fito Paez, Mauricio Zottarelli, Charlie Haden, and Gonzalo Rubalcaba, among others.
Oriente’s personal recordings include “Orientations,” and, “Aguas Profundas,” performed with a trio and guest artists.

Currently, Oriente is developing a song cycle concert, “Abracadabra,” which is also a recording project. Other new current projects include, “Viajes en un Mundo Nuevo,” a 2008 program performed first with a Quartet and now being expanded to a larger ensemble.
He is working as well on a new Jazz program, a follow-on to the “Aguas Profundas” CD.
Awards include two Grammys, one in 2004 with Charlie Haden & Gonzalo Rubalcaba, for “Land Of The Sun,’ and the other in 2001 with Paquito D’Rivera, for “Paquito D’Rivera Quintet Live @ The Blue Note.” In addition, Oriente received ASCAP plus USA awards for composing from 2000 – 2011, and in Cuba, the EGREM award for two recordings of his compositions: in 1988, with Afrocuba for “Eclipse de Sol,” and also in 1988, with Silvio Rodriguez and Afrocuba for “Causas Y Azares.”
awards
GRAMMY – USA
2004 with Charlie Haden & Gonzalo Rubalcaba “Land Of The Sun”
2001 with Paquito D’Rivera “Paquito D’Rivera Quintet Live @ The Blue Note”
ASCAP plus USA
2000 – 2011
EGREM – Cuba
1988 with Afrocuba “Eclipse de Sol”
1988 with Silvio Rodriguez and Afrocuba “Causas Y Azares”