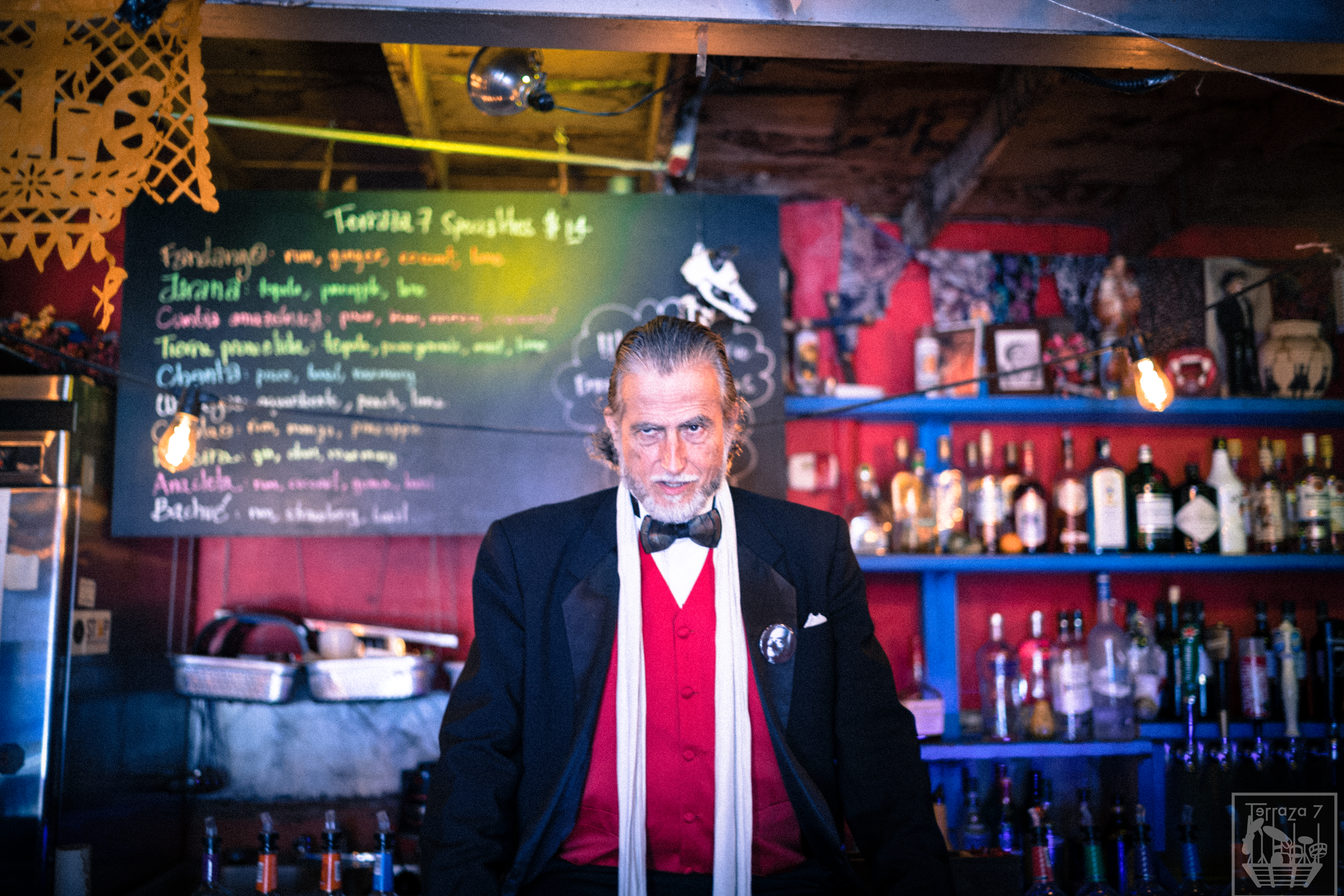 It is a monologue adaptation of Gabriel García Márquez´s story Blacamán el Bueno, Vendedor de Milagros. The setting is La Guajira and the metaphorical text, which is a beautiful example of magical realism, refers to the illusionism of political power. Victor Prieto’s gypsy swing evokes the 1920s fakir Blacamán who traveled throughout the continent resurrecting from the dead for each new audience after being buried alive before their eyes.