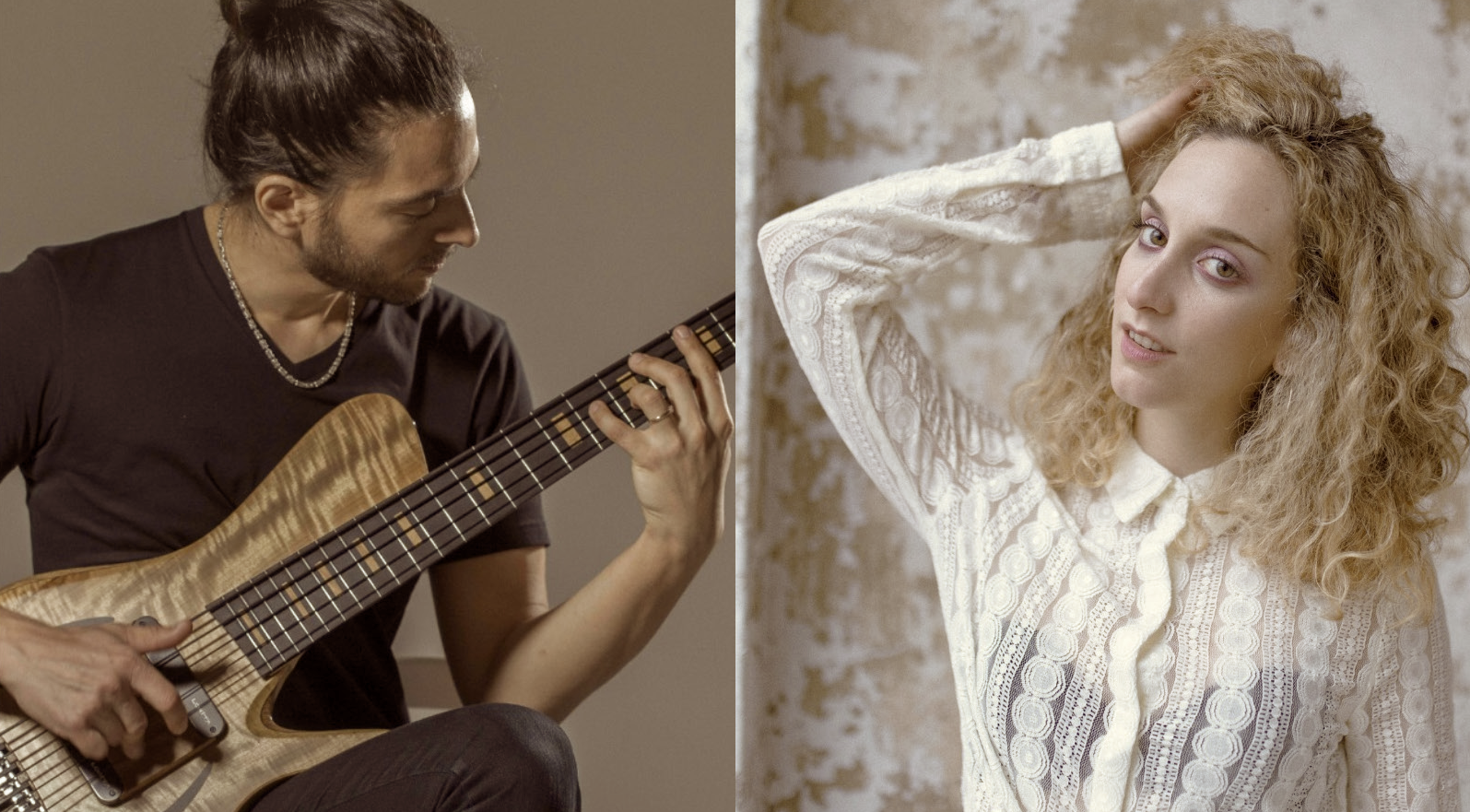 BajoBar by Andres Rot & Elis Garcia / Jazz Duo
Presented by Terraza 7
Sunday, July 31st, 2022, at 8:00 pm.
$15: Cover charge for mezzanine.
$20: Donation suggested.
Featuring:
Elis Garcia / Vocals.
Andres Rotmistrovsky / Bass.
About Elis Garcia:
Elis is a singer and actress born in Buenos Aires, Argentina.
Having more than 10 years of professional experience on tv, music shows and theaters she has been part of different productions such as the Disney tv show “O11ce”.
During 2022 she has been performing the role of “Guadalupe” in a musical called “Lo quiero ya” at the Paseo La Plaza in the heart of Buenos Aires.
As a singer she has shared tours with Andrés Rot around Argentina and has had several shows as the lead singer of her pop/rock band “Humana”.
About Andres Rotmistovsky:
Andres is a rising star who is in demand. His bass guitar is heard on more than 50 albums and he has worked with acclaimed artists including Joan Baez, Sertab Erener, Ruben Blades, La Mala Rodriguez, Eva Ayllon, Leon Gieco and Marta Gomez. He has toured the world several times and performed in prestigious venues including The Blue Note Jazz Club, Carnegie Hall, Lincoln Center, at the Latin Grammys, The Apollo Theater, Nokia Theater, Boston Symphony Hall and the Montreux Jazz Festival.Andres composed and arranged 9 tracks for his debut CD “Upbeat” which was released in 2011 to rave reviews. Bass Player Magazine called Andres “a talented newcomer” and lauded “Upbeat” as “a superb beginning to what should be many more musical masterpieces.”
He has created quite a buzz with his melodic approach to bass and has been featured in publications and on websites including All Bass. No Treble, Bajos y Bajistas, Basstheworld.com, Bass Musician Magazine and For Bass Players Only. Andres holds down the bottom while setting a slot which combines melody and harmony to create a vibrant, lyrical sound. His bass sings.A native of Buenos Aires, Argentina; Andres attended Berklee College of Music in Boston on several scholarships – The International Award, the Charles Mingus Award and the highly coveted Outstanding Performer Award. After graduating with honors with a degree in Jazz Composition in 2007, Andres relocated to New York where he currently is based. He performs around the world while continuing to hone his unique style playing, arranging, and producing.