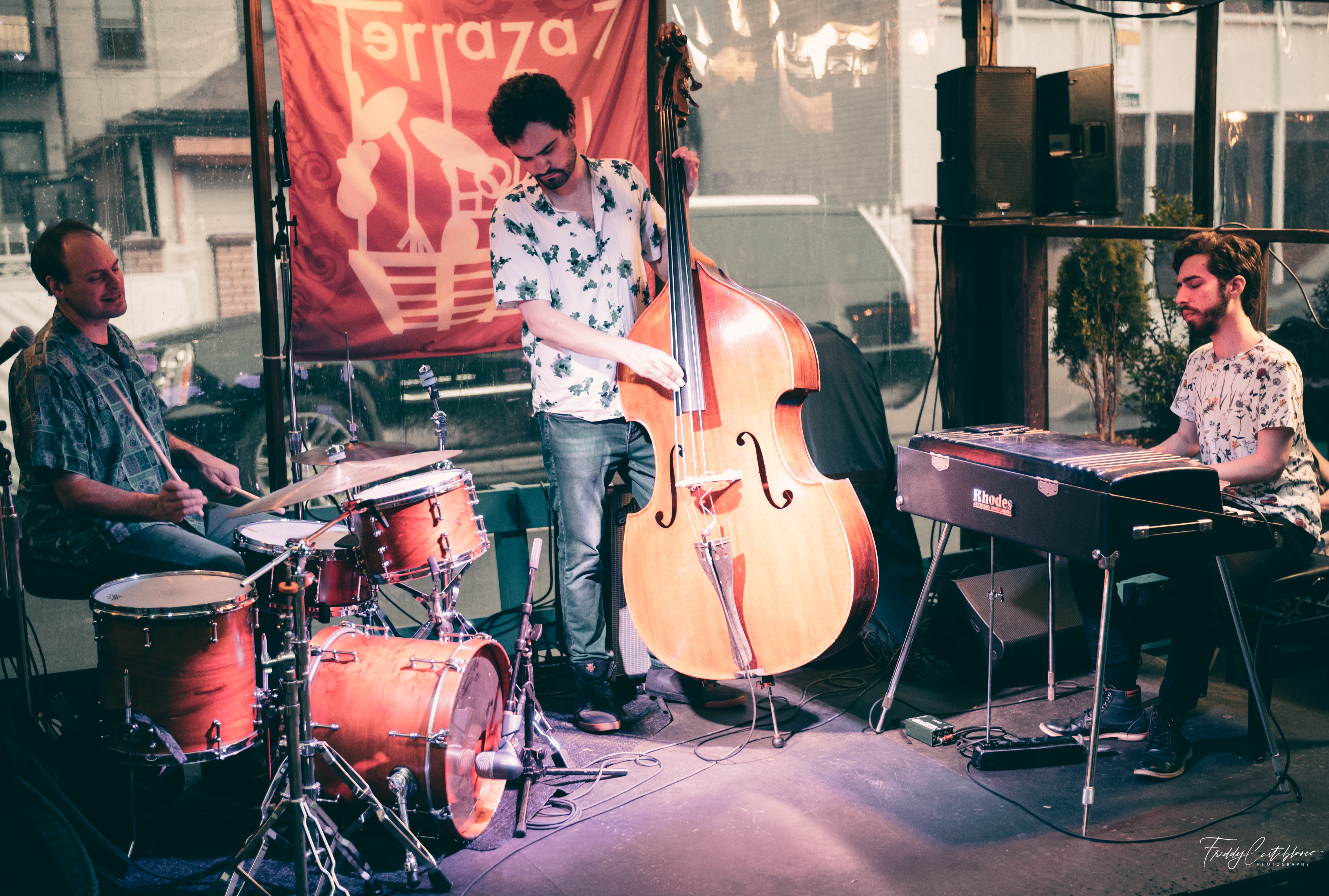 Philadelphia native Ari Hoenig was exposed at an early age to a variety of musical experiences. His father is a conductor and classical singer, his mother a violinist and pianist. Accordingly, at 4 years of age, Ari began studying the violin and piano. He began playing drums at age twelve, and by age fourteen he was honing his skills with other young jazz musicians at Philly clubs such as Ortlieb’s Jazz Haus. He’s shared the stage with such artists as Herbie Hancock, Ivan Linz, Wynton Marsalis, Toots Thielemans, Dave Holland, Joe Lovano, Pat Metheny, and Gerry Mulligan among many others.
In 2016, Ari Released The Pauper and the Magician on AH-HA Records. It features the quintet of Shai Maestro on piano, Gilad Hekselman on guitar, Tivon Pennicott on Sax, and Orlando Le Fleming on bass. On this record, Ari explores the link between storytelling and jazz by creating a soundtrack to the improvised and sometimes twisted stories he tells his two small children.
In 2018, Ari released a standards record called NY Standard on the Fresh Sound label. It is a tribute to playing standards in New York. The next record, Conner’s Days, is also due to come out on the Fresh Sound label in 2019 and it features his current trio of Nitai Hershkovits and Or Bareket.
Besides the quintet, Ari leads 2 other groups that play his original music. Ari Hoenig Nonet and Trio. The Nonet performs Ari’s original compositions arranged by Noam Wiesenberg and features various high caliber players in the New York area. The trio is with Gilad Hekselman and Orlando le Flemming and has toured extensively in Europe, Japan, and South America. Ari also co-leads a variety of projects including Pilc, Mountain, Hoenig (“the three-headed monster”), jazz electronica project “Nasty Factorz” with Gael Horellou, and various duos with Chris Potter, Edmar Casteñeda, or DanWeiss.