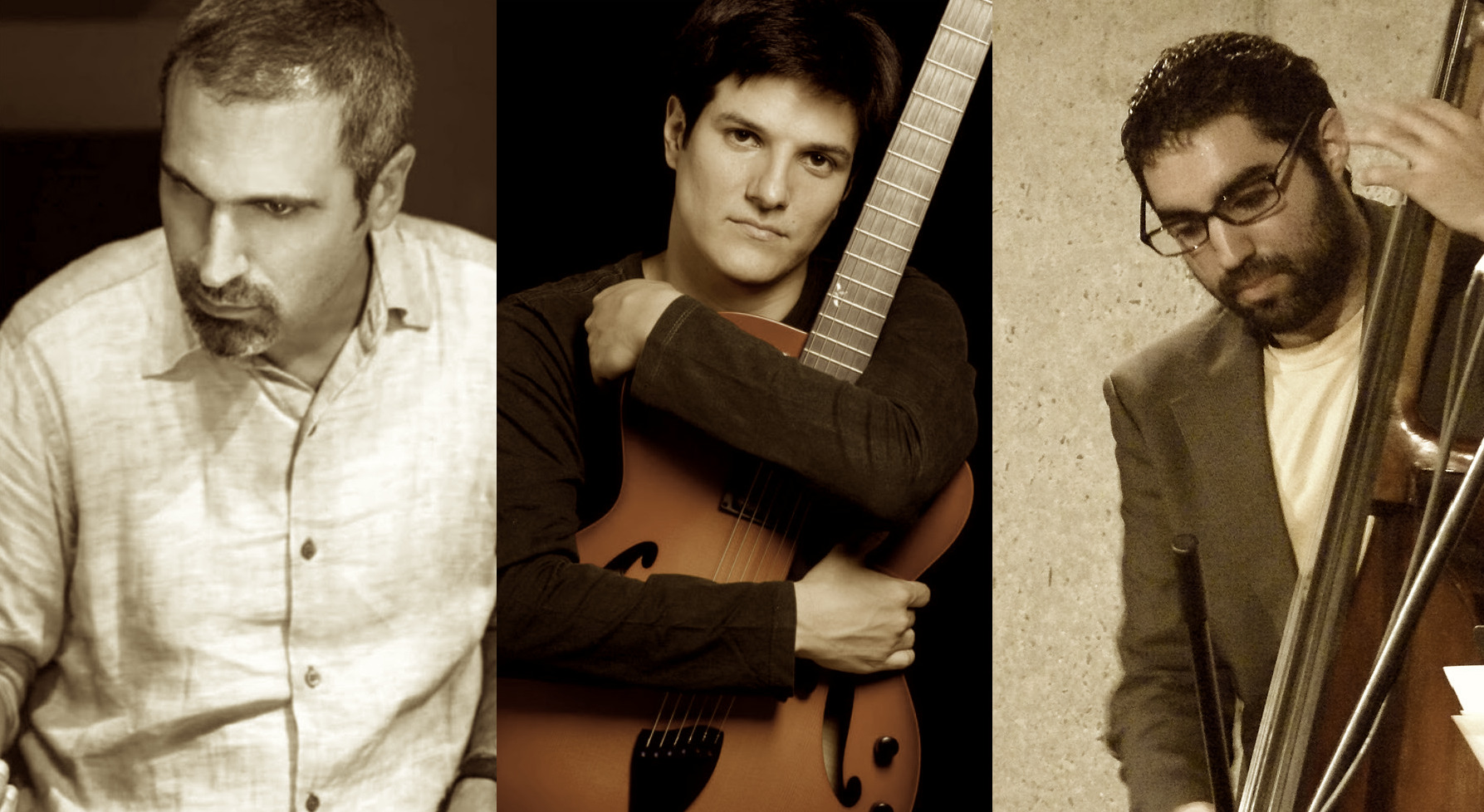 Alex Kautz, Sam Minaie and Chico Pinheiro / Brazilian Jazz Trio is a collective group with a fresh approach to Jazz and Brazilian Music. These three musicians represent a generation that looks forward without losing their tradition, mixing different musical languages with a unique voice.

About Alex Kautz:
ALEX KAUTZ is an American songwriter from Mansfield, Texas. In 2020, Kautz’s debut album – Alex in Wonderland, was featured by Taco Bell/FEED THE BEAT’s “Artist To Watch” campaign. After moving to Nashville the same year, Alex showed his androgynous side on ABC’s American Idol – where Lionel Richie compared KAUTZ to David Bowie (Katy Perry noted ALEX’s star quality, & Luke Bryan praised Alex for moving from Dallas to Nashville). You can catch Alex on the Investigation Discovery Channel (“In Pursuit with John Walsh – episode: Twisted Mysteries). We’re All Gonna Die – Alex’s sophomore album, is a tremendous tribute to the ‘carpe diem’ mentality of the past, present, and years to come. KAUTZ has amassed over 1 million streams on Spotify and SoundCloud alone.

About Sam Mninaie:
Iranian-American bassist and producer, Sam Minaie, was born and raised in Reno, Nevada where he attended the University of Nevada, Reno. After receiving his undergraduate degree in Reno, he moved to Los Angeles to study with Charlie Haden at California Institute of the Arts where he received his Master’s degree. Currently living in New York City, he has enjoyed touring and recording throughout the world with artists including Tigran Hamasyan, Kneebody, Donny McCaslin, Dhafer Youssef, Charlie Haden’s Liberation Orchestra (tuba), Peter Epstein, David Ake, Ravi Coltrane, Jeff Ballard, Nate Wood, Mark Guiliana, Patti Austin, Melody Gardot, Butch Morris, Tootie Heath, Jean-Michel Pilc, Ari Hoenig, Shai Maestro, Nate Wood, Ben Wendel, Houman Pourmehdi, Alfred Ladzekpo and numerous others.
As a producer and post production engineer, Sam has either written for, mixed, or mastered dozens of records and is the founder of birdFood Studio in NYC. His debut record, ‘Heyo!,’ is available for download or order at samminaie.com.

About Chico Pinheiro:
“An exceptional guitarist with a wonderful sound and great fluidity, a unique composer of originality and maturity.”
Born and raised in São Paulo, Brazil, Chico Pinheiro started playing the guitar when he was 6. At 14 he started working as a studio session guitarist and soon began to be called to collaborate with a wide range of artists in his hometown, then in Brazil, then abroad. In 2002 Chico puts together a band of his own and starts recording as a leader. His first album, ‘Meia Noite Meio Dia’ (Sony Music/ 2003) was released in 2003 with great reviews at all the most important newspapers and music magazines in Brazil and abroad and was included in the ‘Top 10 Brazilian albums of the year’ in the major newspapers of Brazil: ‘O Estado de São Paulo’, ‘A Folha de São Paulo’ and ‘O Globo’. This well-received debut included performances from special guest vocalists Lenine, Ed Motta, Chico César, and Maria Rita.
His second release, ‘Chico Pinheiro’ (Biscoito Fino/ 2005) enjoyed great critical and audience acclaim, once more being included in the ‘Top 10 Brazilian albums of the year’ by newspapers ‘O Estado’, ‘O Globo’ and ‘Folha de São Paulo’.
The third album, NOVA, was released in Dec/ 2007 in collaboration with the American guitarist and composer Anthony Wilson. It was, again, celebrated by critics and the audience.