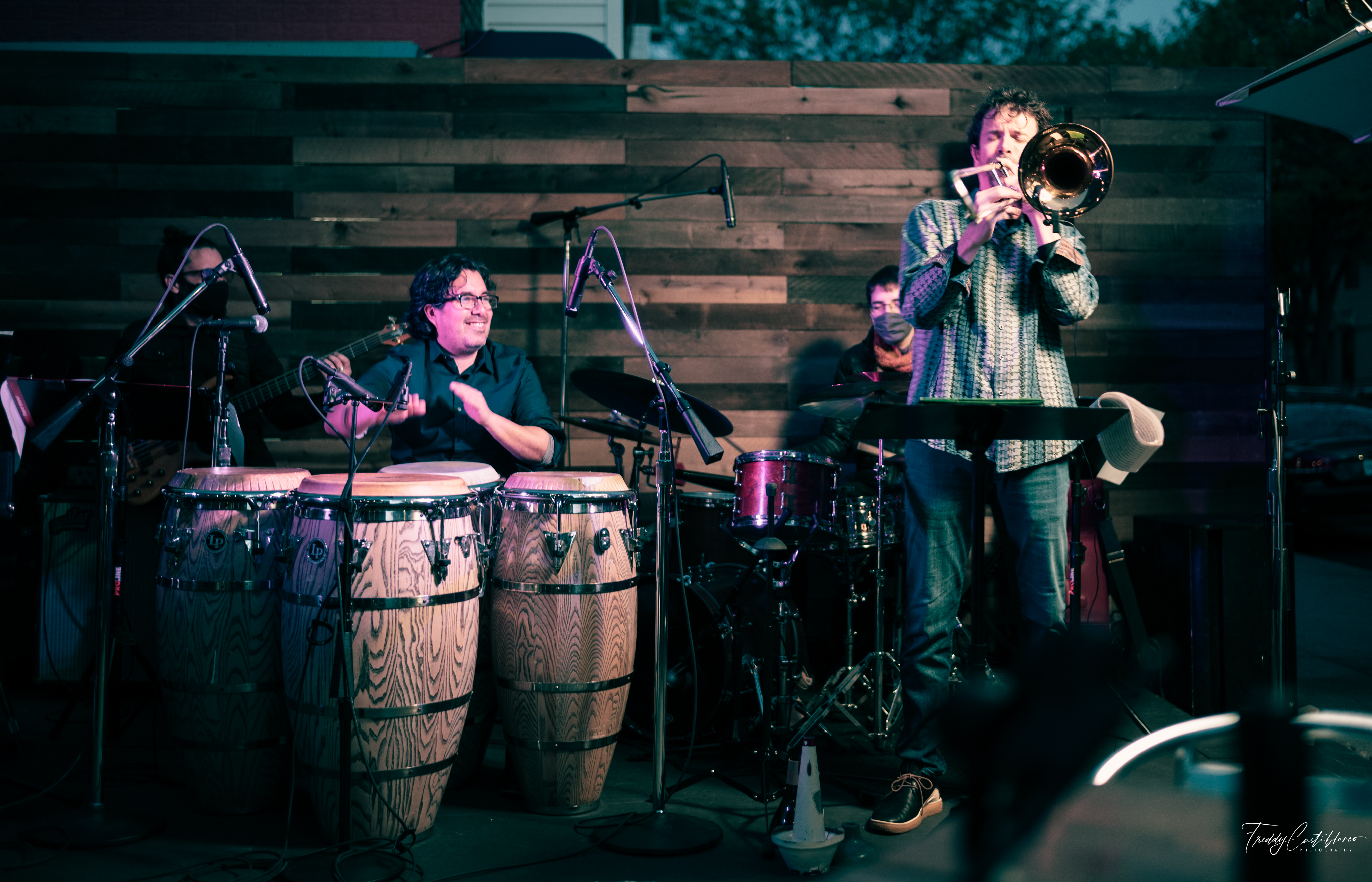 Alegria by Samuel Torres
Presented by Terraza 7 Outdoor Concert Series.
Friday, May 21st, 2021 at 7:00 pm.
Donation suggested: $10.
Cover charge for PATIO: $10
Featuring:
Ryan Keberle – Trombone.
Manuel Valera – Piano.
Ricky Rodriguez – Bass.
Jimmy Macbride – Drums.
Samuel Torres – Percussion, Compositions, and Musical Direction.
Latin Grammy Award Winner Samuel Torres is one of today’s most versatile and formidable Latin jazz artists absorbing the richness of New York. “Son Colombia” is inspired by Bullerengue tradition and confirms that this multifaceted musician’s prowess as a composer has come to rival his international acclaim as one of the best percussionists of his generation.
Torres was born in Colombia’s capital city of Bogotá and was nurtured in this culturally sophisticated metropolis where jazz and classical music share the stage with salsa and Colombian folkloric idioms. His earliest exposure to music came at home, thanks to an extended family of musicians and ready access to a wealth of Colombian genres. By the age of 12, Torres was performing with various Bogotá ensembles, developing techniques that allowed him to quickly adapt to the demands of jazz, pop music, and salsa. A classically trained percussionist, he earned a degree in Music Composition from Bogotá’s esteemed Universidad Javeriana. Before departing for the U.S. in 1999, the resourceful young artist had become an established figure on Colombia’s fertile music scene, backing leading Colombian performers while serving as an arranger and music director for his country’s highly regarded telenovelas (TV soap operas) and films.
Shortly after arriving in the U.S., his career took a dramatic turn when he was tapped by famed trumpet virtuoso Arturo Sandoval to join his group. Torres spent four years touring the world and recording with the jazz great, polishing his ever-expanding talents while attracting the attention of a long list of renowned artists with whom he would eventually collaborate. Over time, he would perform with a veritable “who’s who” of the jazz, Latin pop, and salsa world, including such luminaries as Tito Puente, Paquito D’Rivera, Chick Corea, Michael Brecker, Don Byron, Claudio Roditi, Richard Bona, Poncho Sanchez, Lila Downs, Marc Anthony, Thalía, and his country’s own international superstar, Shakira. His talents have also been featured in concerts with the Boston Pops, the Los Angeles Philharmonic, and the Nashville Symphony and at a host of music festivals around the world.
More recently Torres was awarded a Latin Grammy for Best Classical Album with the production “Regreso,” an incredible project done in collaboration with the Nueva Filarmonía of Bogotá.
+ Google Calendar+ iCal Export