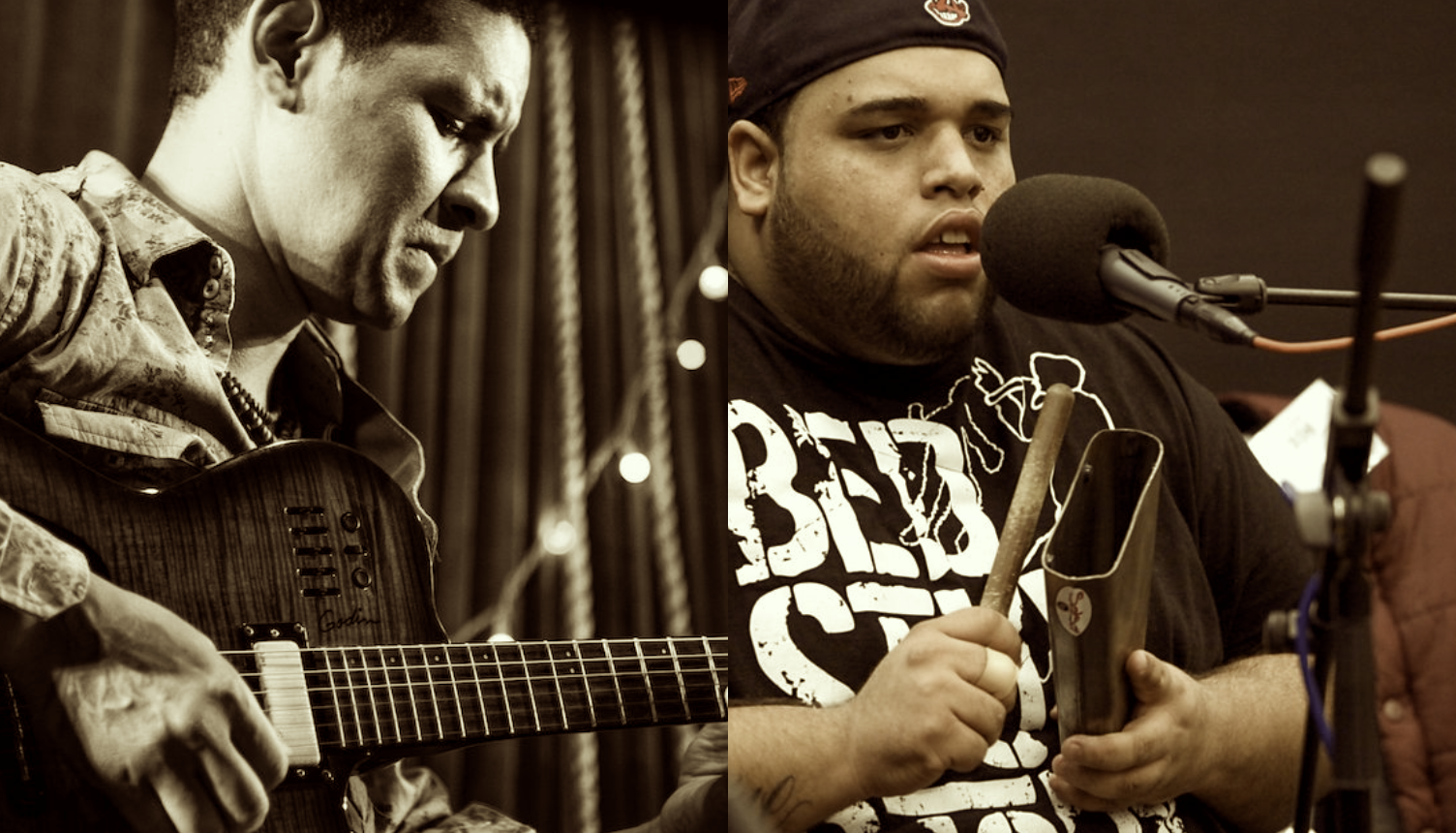 Yuri Juárez Yllescas (Lima-Peru 1973):
A guitarist, arranger, and composer began his career in 1996 as guitarist for various groups of Afro-Peruvian music, folk, and fusion.

His musical training ranges from formal studies at New York University with Gil Goldstein, John Scofield, and Peter Bernstein and also with the Peruvian masters of the guitar such as Pepe Torres, Alvaro Lagos, Jorge Madueño and more “street” experience in Afro-Peruvian peñas.

In 2000, Yuri becomes involved with Latin-American folk music for the first time with the group Sin Líneas en el Mapa. In 2004 he starts exploring the Afro-Peruvian Jazz current with Edward Perez, Rafael “Fusa” Miranda, and Juan Medrano Cotito.
In November of 2008, Yuri released his first album. Afroperuano with its own repertoire and important composers Chabuca Granda, Carlos Hayre, and Chucho Valdes, achieving great success in domestic and international criticism.

In December of 2009, he moved to New York City and gets the Latin Jazz Corner Awards in the categories of Best Afroperuvian Jazz Album and Best Latin Jazz Guitarist debut for his “Afroperuano”.

When the Peruvian-born Jhair Sala was barely three-years-old, he sat with his father beating on wooden boxes known as Cajon. At that tender age, Sala inherent percussive talents were pushing through. His family moved to New Jersey when he was six, and his passion for percussion continued to grow.

Jhair Sala’s first teacher was Lucho Gomez, who taught him the proper finger, hand, and palm techniques for Cajon and other percussion instruments. During his teens, he performed with his mother’s band on The Mariela Valencia Show, which gave him an opportunity to travel all over the world and absorb a variety of cultures and musical traditions.

Once settled in the USA, Jhair Sala had the opportunity to study percussion with his idol, Pedrito Pablo Martinez. Under Martinez guidance, he absorbed Cuban music and gained fluency on congas, bongos, timbales, and Bata. Subsequent lessons with Roberto Chino Bolaños readied him for his first significant American appearance.