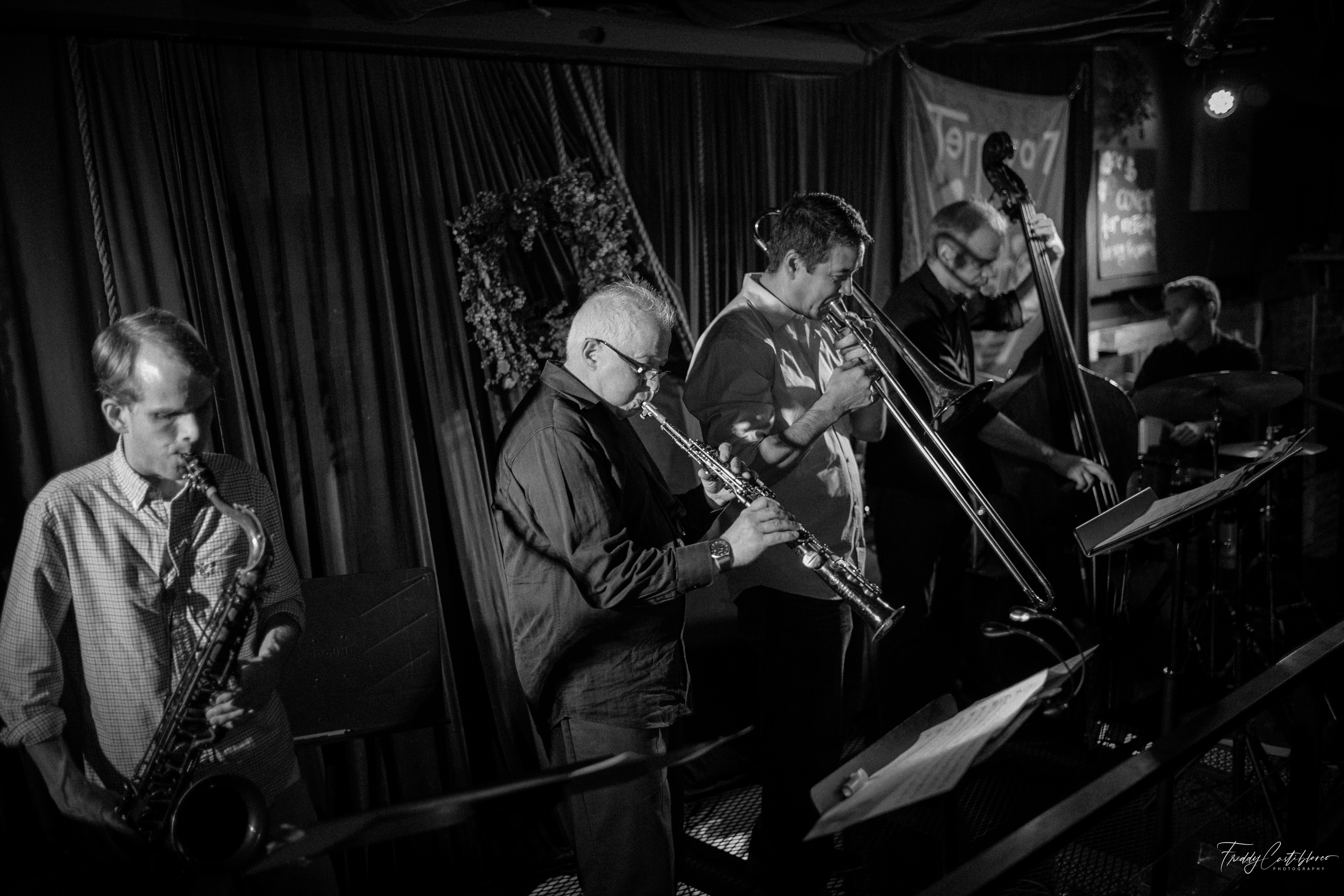 The Terraza 7 Wednesday Sessions at Terraza 7 on Wednesday, January 15th, 2020 at 9:00 pm.
No Cover, $7 suggested donation.
Featuring:
John Yao / Trombone.
Peter Brendler / Bass.
Marko Churnchetz/ Piano.
Will Clark / Drums.
A straight-ahead jazz jam session for all musicians to perform and collaborate every Wednesday in Queens, NY. All performers are welcome to sit-in and play with the house band hosted by trombonist John Yao and bassist Peter Brendler. All are welcome to join us to listen and support live jazz at one of NYC’s most vibrant venues. The music starts at 9 pm, bring your horn!
About John Yao
For over a decade, Yao’s talent as a trombonist, composer, arranger, and bandleader has helped cement his place on the New York City jazz scene. As a trombonist, he has worked extensively as a sideman for Grammy-award winning ensembles such as the Vanguard Jazz Orchestra and the Afro-Latin Jazz Orchestra. He has also performed with Paquito D’Rivera, Eddie Palmieri, Danilo Perez, Chris Potter, Kurt Elling, Rich Perry, Billy Drewes, and Tim Armacost among others. As a composer and arranger, he has written commissions for the Afro-Latin Jazz Orchestra, Jazz Orchestra of Philadelphia, Band of Bones, Luis Bonilla’s I Talking too Big Band, Afro-Bop Alliance Big Band as well as numerous educational ensembles at the high school and university level.
Yao also leads two of his own bands – John Yao Quintet and John Yao & His 17-piece Instrument – both of which feature his adventurous compositions. In addition to recording as a sideman, he has three albums as a leader: “In the Now” Innova Recordings, “Flip-Flop” See Tao Recordings, “Presence” See Tao Recordings. New York Music Daily wrote, “John Yao is one of New York’s elite trombonists and is also a first-class, ambitious, and witty composer and leader.” Downbeat says his recent release Presence “is a model vehicle for Yao’s lyrical soloing and expressive round tone.”
About Peter Brendler
Bassist Peter Brendler grew up in Baltimore, Maryland. He began his musical studies on electric bass but soon gravitated towards the upright bass. He received his Bachelor of Music degree in 2001 from Berklee College of Music where he graduated Magna Cum Laude.
In the eighteen years, Peter has been in New York, he has made numerous sideman appearances on various recordings of all styles. He has also performed at several world-famous venues in New York, and throughout the country including The Blue Note, Birdland, Smalls Jazz Club, The Jazz Standard, Sweet Rhythm, The Kennedy Center and the 55 Bar. Peter has also performed throughout Europe and in Russia. He has performed and/or recorded with artists such as John Abercrombie, Rich Perry, Victor Lewis, Barry Altschul, Darren Barrett, Jeff Hirshfield, Frank Kimbrough, Ben Monder and Jon Irabagon. Peter also maintains an active career performing and recording electric bass. In addition to his sideman credits, Peter has also recorded three albums as a leader/co-leader: “The Angle Below” (Steeplechase), “Outside the Line” (Posi-Tone), and this most recent release “Message in Motion” (Posi-Tone).
+ Google Calendar+ iCal Export