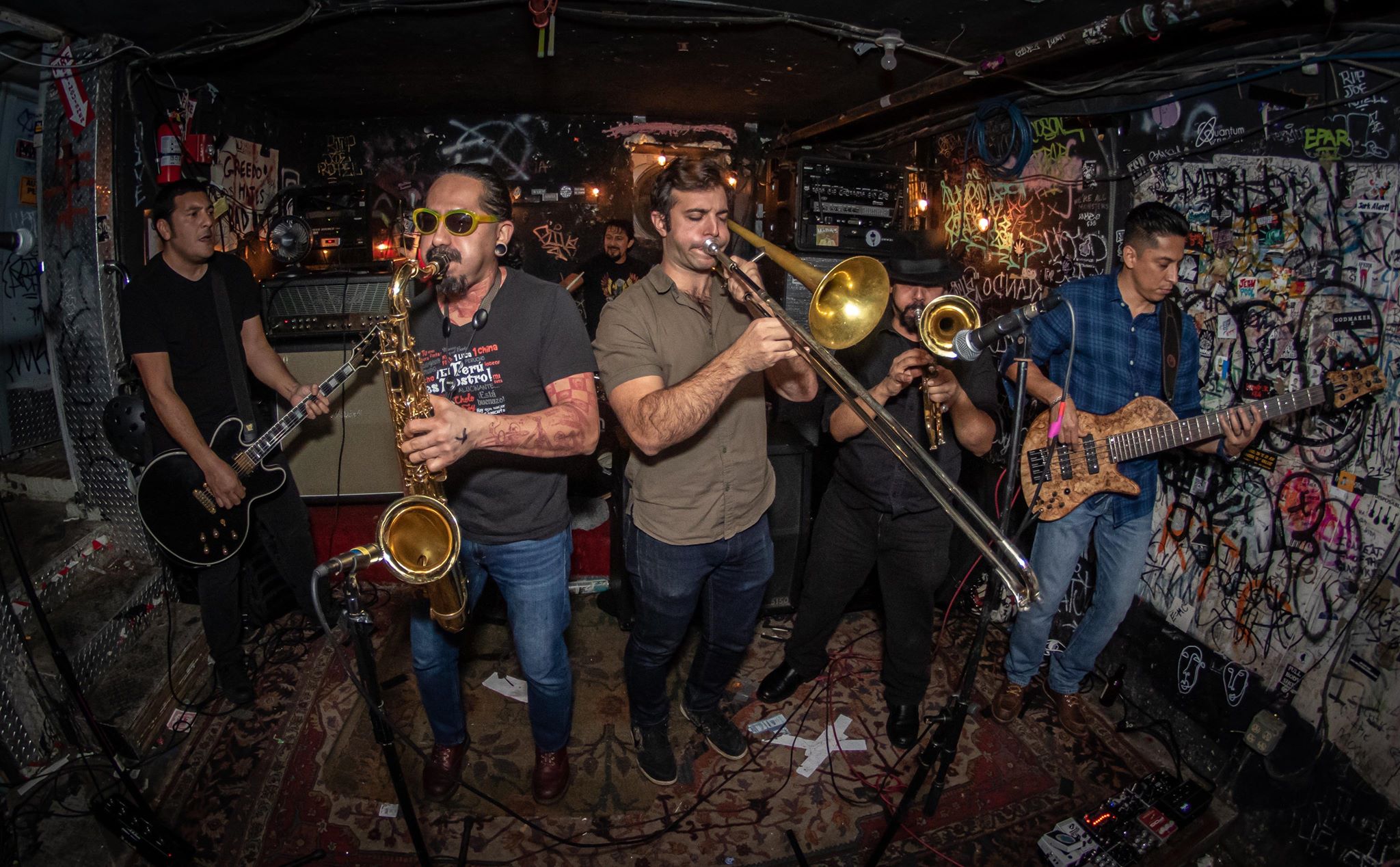 The Ladrones are a New York City-based Latin fusion that was formed in 2005. The band started out as a punk trio covering songs by playing them as punk versions along with some original material. They quickly gained popularity and won the 2007 Budlight sponsored Alternafest battle of the bands that took place in NYC’s B.B KINGS. They recorded a music video of an original punk-ska song called “Nada Pasa” with a guest saxophonist. It relays a political message against the injustice that people in unfair and corrupt governments can relate to. “Nada Pasa” was the single track of the album “Cultura Popular” that was released in 2008.

The band decided to evolve their sound and start mixing different rhythms aside from punk. In 2013 they released “Bestias del Chaos”. It was a fusion of punk-ska with some metal and Latin rhythms. At this time The Ladrones were 6 musicians as they had acquired a consistent 3 piece horn section.

Their most recent album is titled “Salve” and was released in 2018. In this album, there is more experimentation with thrash punk, metal, Cumbia, jazz with a heavy ska influence. They covered the jazz standard “Mr. PC” by John Coltrane in a fast punk-ska version. For this album, the group was at 8 members as they added keys and 4th horn.

Currently, The Ladrones are a powerful collective of 6 active musicians with distinct musical influences. They are playing locally and working on their 4th album which is set to be a heavier sound in comparison to past albums. This album is set to be released in late 2020. You can find their discography in Spotify, iTunes, Bandcamp, YouTube along. For more info, you can follow them on Instagram and Facebook.