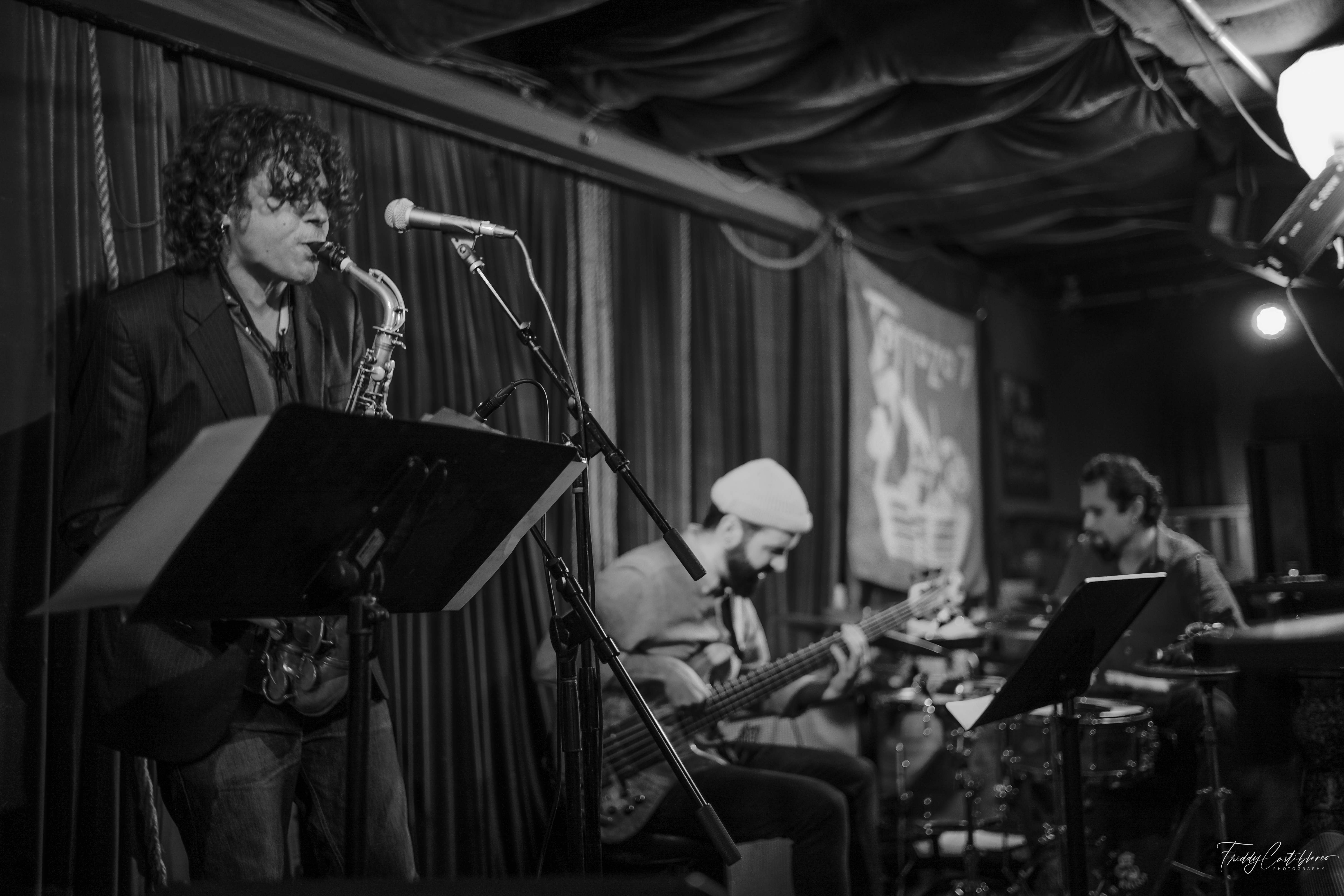 Terraza Flamenco-Jazz Jam is a Monthly Jam Session in Queens, NY, where local musicians are able to play and create music in a collective and harmonious way. Musicians welcome and everyone else who wants to enjoy some quality music on the second Thursday of every month. Come support live music and our community!

Manel Fortia is an expressive and melodic Catalan Bassist based in New York with a long career as a performer and improviser in jazz and modern music that has led him to play with great national and international figures such as Dave Liebman, Chris Cheek, Bill McHenry, Eliot Zigmund, Ari Hoenig, Arturo O’Farrill, Chano Dominguez, Stephane Belmondo, Emilio Solla… among many others. He has also led his own projects like, for example, the acclaimed duo with the prestigious young pianist Marco Mezquida. He has recorded more than 40 albums and has performed in some of the most important International Jazz Festivals.

Antonio Lizana is, above all, a saxophone player. I started playing this instrument at the age of 10 at the San Fernando Conservatory in Cádiz, but I first contacted with jazz a few years later when I attended several workshops by Jerry Berganza, Dick Oatts, Jim Snidero, and Perico Sambeat. In 2011 I finished his jazz studies at the Superior Center of Music of the Basque Country, where he started his own project, Antonio Lizana Group.
He was rewarded with the Cádiz Joven Award in recognition of his impact as an artist; He has taken part in the Miguel Blanco’s Afrodisian Orchestra (Satierismos 2011), where he plays the saxophone, sings, and is in charge of arrangements. He has collaborated on the last album by Arturo O’Farrill’s Big Band, which is based in New York, as a saxophone player, singer, and arranger is this album to Grammy winner as Best Instrumental Latin Jazz Album. Together with this big band, you’ve shared the stage with Andy & Jerry Gonzalez brothers, Dave Valentin, Papo Vázquez, Pablo Mayor, Cristina Pato, Ximo Tévar or Gregg Agust, among others.
All this baggage carry weight on the cosmopolitan sound that characterizes East, a name that, by the way, is not empty of meaning: on the likewise song, the Cádiz-born artist introduces new grooves and sounds from Eastern Europe that perfectly fit into the blend of the essential elements of his music, jazz, and flamenco. The album builds on the triangle made up of this extraordinarily magnetic song, the jazz-laden “Frontiers” and the flamenco sound on “I come Lost”; East travels around the world with the guidance of the instruments mastered by Lizana. “We Wanted So” or “Island of the Winds”, for example, militate in favor of the American genre songs like “Alegría Mari” encourage us to sing and dance flamenco.
+ Google Calendar+ iCal Export