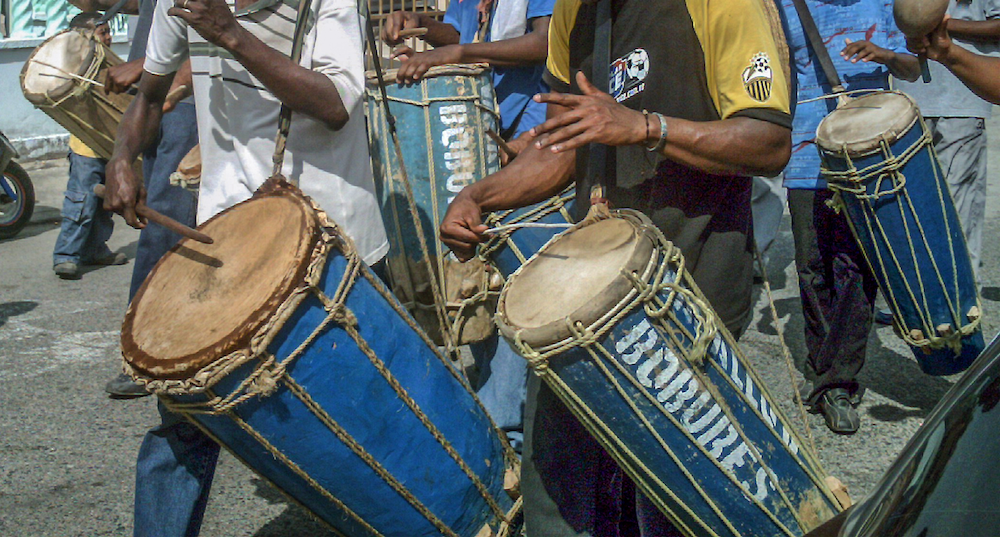 Tambor y Caña is a group composed of Venezuelan musicians with a long career, dedicated to project Afro-Venezuelan music. This percussion ensemble was created on May 28, 2017, under the initiative of Willie Quintana and Daniel Prim who together with other excellent musician: Jeickob Vital and Kevin Costante formed this percussion enssamble. Recently other talented musician have joined this project, they are: Juan Diego Villalobos, Rafael Urbina y Roberto Verde.

The name Tambor y Caña originates from the combination of 2 words: Tambor referring to the Afro-Venezuelan Drum, and Caña comes from the spanian expression: “dale caña” which refers to giving strength or intensity to something. That strength, that energy is what characterizes this group in each of its presentations.

The repertoire includes pieces of Venezuelan folklore with compositions and arrangements of the group using some rhythms or drum beats native to some towns of the Venezuelan Coast such as: Chuao, Choroní, Cumboto (Aragua State), San Millan (Carabobo State), Caraballeda ( Estado Vargas) among other rhythms accompanied by “Sirenas” that are acapela songs and “Sangueos” rhythms that are played in honor to San Juan Bautista.