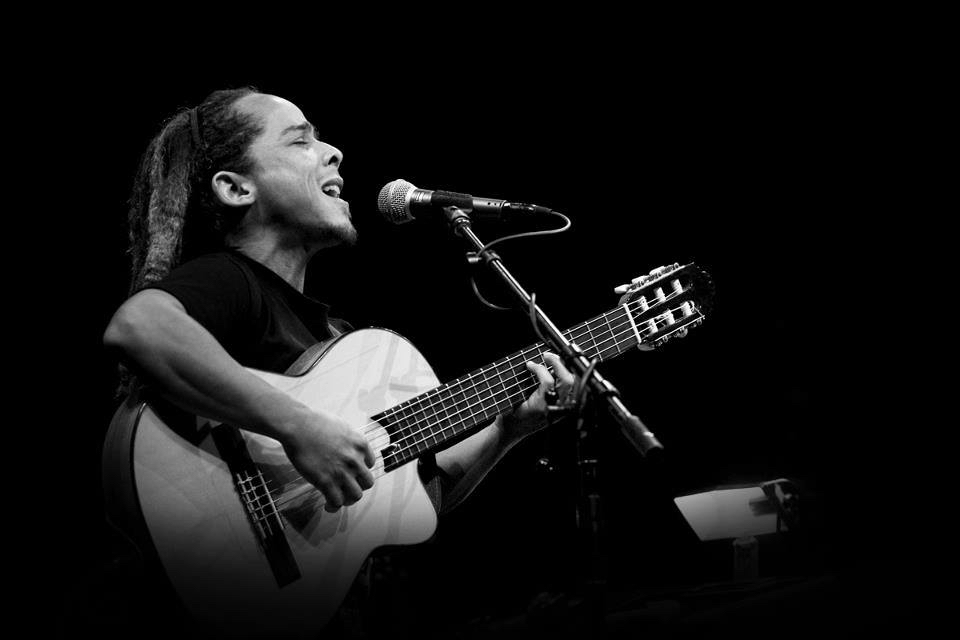 For the last two decades Fernandito Ferrer has been a pioneer among the new crop of singer-songwriters that has emerged from Puerto Rico.  Continuing the Nueva Canción tradition, this stage veteran performs a lot of the classic repertoire from the ‘70s singer-songwriters and has also developed his own language within this context.  Incorporating the art of “looping” he combines textures and sounds that serve as a platform to fuse rhythms and genres of all kinds.  Although undeniably Caribbean, his music overcomes all territorial boundaries and his performance is something worth watching.  His original compositions have been featured in countless publications and he’s been a part of tours, festivals and events all around the Caribbean, the United States and Latin America.  His style is better compared to the works of Tracy Chapman, Annie D’Franco, Antonio Cabán Vale, Silvio Rodríguez and Nick Drake.