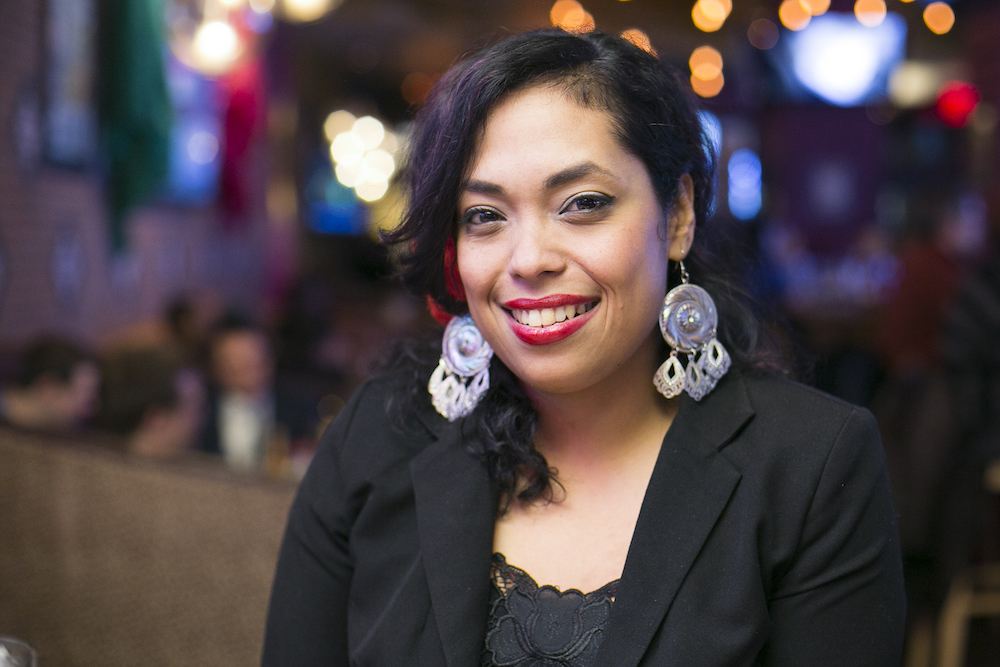 Tonight, our Terraza 7 Open Mic Series will star and be hosted by Mireya Ramoz & Eric Kurimski:

Mireya I. Ramos- Violinist and vocalist of Dominican and Mexican descent raised in San Juan, Puerto Rico. She embodies all of her musical influences whether is mariachi, salsa, merengue or hip-hop, she always creates a unique and refreshing sound. Although, classically trained through Suzuki method and orchestral experiences in college, her passion lies in folklore and other alternative genres. Her natural improvisational skills and beautiful tone both in her violin and her lyrical voice has made her one of the top Latin artists in New York City.

– In 2007, she founded Movimiento, a mix of Latin American grooves with jazz and blues that became the house band in 2009 for Despierta America and part of the MUNY system as the first latin fusion band to be part of that program.

– Mariachi Flor de Toloache: New York’s first all female mariachi band in 2008 that has been a crowds favorite in the yearly mariachi festival, subway stations, Mexican consulate, the Daily News and MUNY program and crossing borders by performing in venues such as the Blue Note and Rockwood.

– 809 Ladies: being a genuine supporter of culture and empowerment of women, she founded an all female Dominican roots; mixing merengue, pambiche, bachata and Caribbean roots music with jazz creating a unique concept, sound and “ una musica sabrosa.”

Mireya continues to bless the stage with her unique voice and melodic violin sound all over New York city and the tri-state area from educational programs and festivals to restaurants, theatres and clubs.