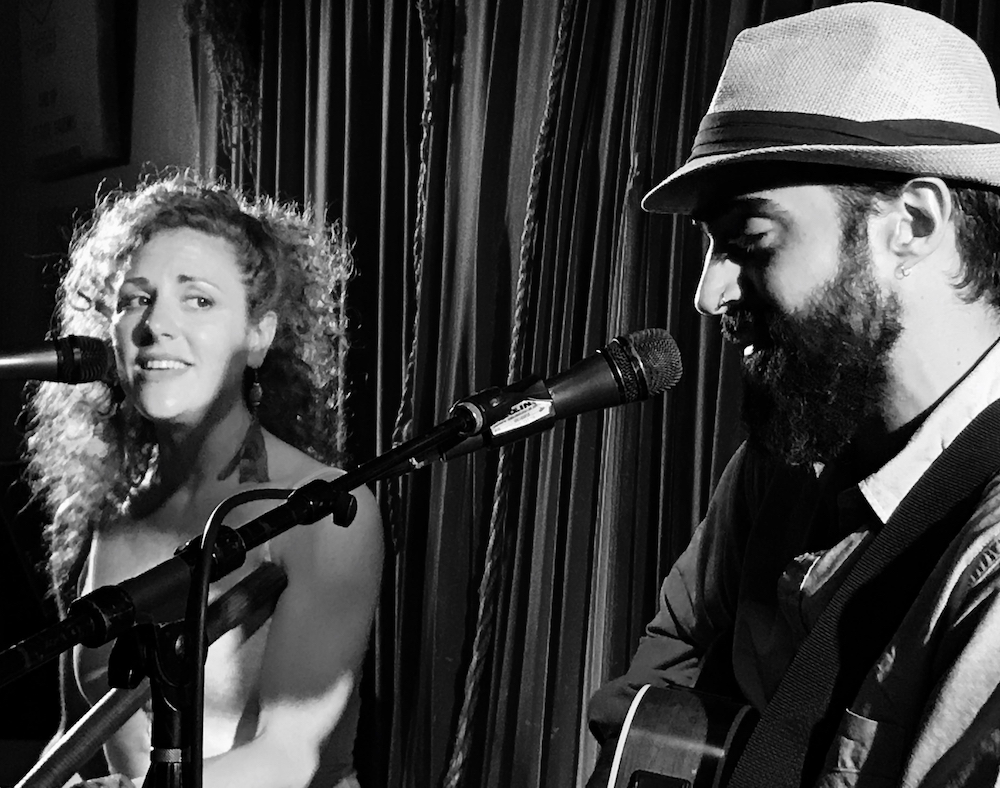 Singer-songwriters Solange Prat (Argentina) and Gregorio Uribe (Colombia) came individually to New York City to develop and nurture their musical careers. Working in a city that is a mecca of art, culture and music, both artists have successfully been able to establish themselves in the Latin music scene with their own unique projects. Inevitably, through their music and performances, their paths crossed and they were able to come together to create. More recently Prat and Uribe have teamed up to form a singer-songwriter duo, where they not only perform together, but also co-write original songs that tell stories shared and experienced by both.
Gregorio Uribe, Singer, songwriter and accordionist, Gregorio Uribe was born in Colombia and currently resides in New York. Emerging as a graduate from the prestigious Berklee College of Music in Boston, Uribe has forged a unique place in the music scene in both the United States and Latin America. Also leading the Gregorio Uribe Big Band, a 16-piece orchestra that blends cumbia and other Colombian rhythms with powerful big band arranging, Uribe released “Cumbia Universal” (Zoho Music) featuring 8-time GRAMMY-winner and Latin music icon Rubén Blades, in October 2015, Upon its release the album hit the Billboard charts and received widespread critical acclaim with sold-out performances in prestigious venues such as Jazz at Lincoln Center.
Solange Prat, originally from Buenos Aires, Argentina, has been living in New York City for the past seven years. Trained as a vocalist in jazz, blues, soul, Latin and contemporary music, she has established herself as one of the main Latin voices in the underground scene, as the front woman of the 11-piece Williamsburg Salsa Orchestra with whom she is about to release a second album. As a singer-songwriter, she has been writing music which draws from an eclectic range of influences: Argentine folk, Latin, soul, funk, R&B and bossa nova. She also just released a new single which you can listen to on Spotify and iTunes Music under the name Trip Du

Sempiterno by Solange Prat & Gregorio Uribe at Terraza 7 on Monday October 23rd, 2017 at 10:30 pm.
$10 Cover charge for Mezzanine. FREE admission for CHILDREN 12 and under.