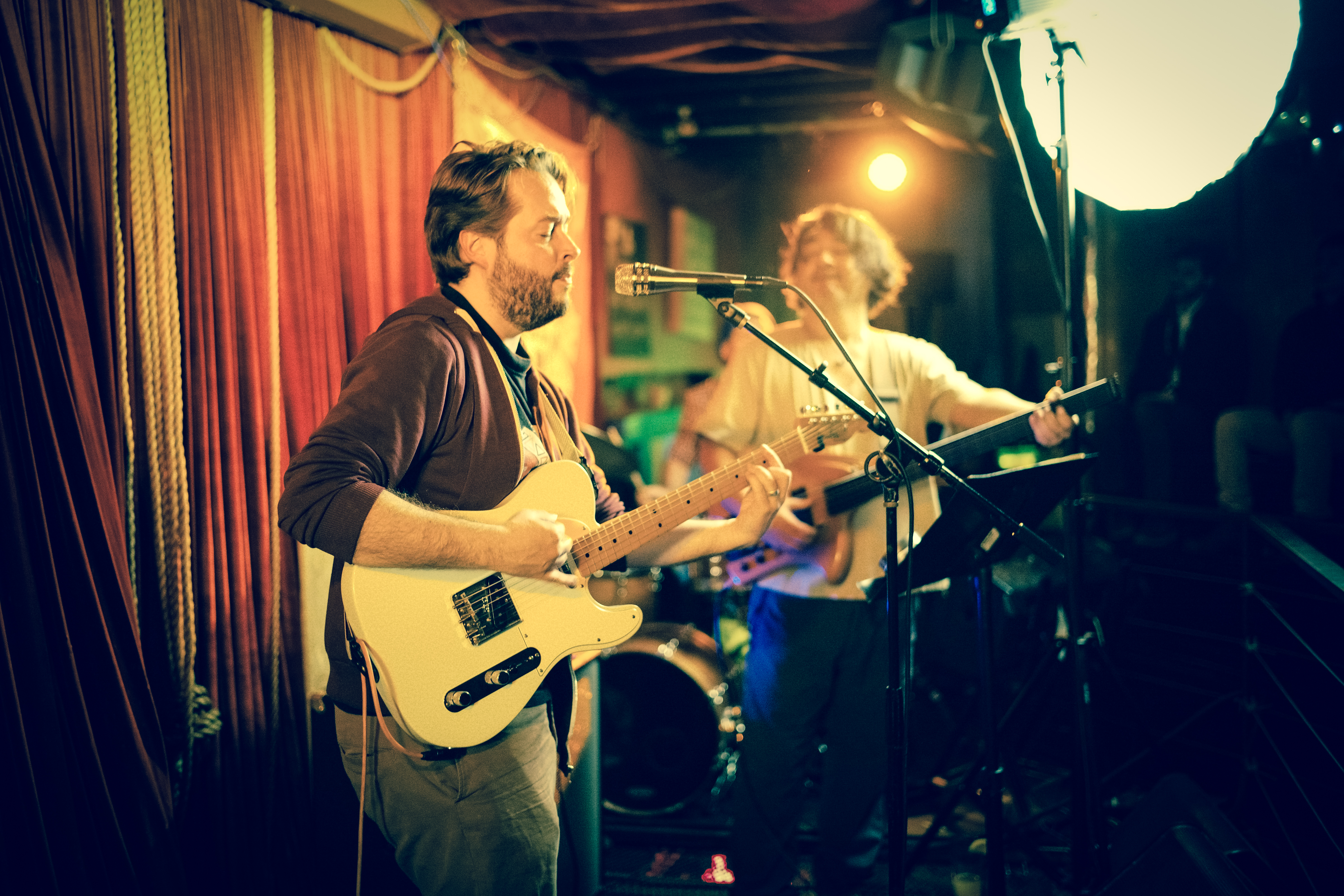 Sebastián Cruz is a Colombian guitarist and accomplished composer and lyricist who has been at the forefront of a new wave of Colombian music in New York.
He has released three CDS with his original projects “Coba” and “The Cheap Landscape Trio.”
His newest band brings together his musical explorations of Colombian rhythms, songwriting, creative improvisation, punk rock energy, and more.
His voice and guitar are accompanied by world-class musicians.

This album was a long time in the making. Satoshi Takeishi and I collaborated in the production looking for an approach that would best showcase the bold and highly interactive spirit of the band. It was recorded in 4 live sessions at “El Caldero,” my recording studio in Brooklyn from 2013 to 2015.
Only until now, early 2020 with the entire world immersed in one of its weirdest most dramatic global episodes in recent memory did I get to mix this music. Unable to visit my recording studio to access fancier audio equipment but taking advantage of the additional time at home and the introspective nature of the times I sat down to mix this album. Somehow it had to be now and in this way. It’s a privilege for me to finally share this with you.