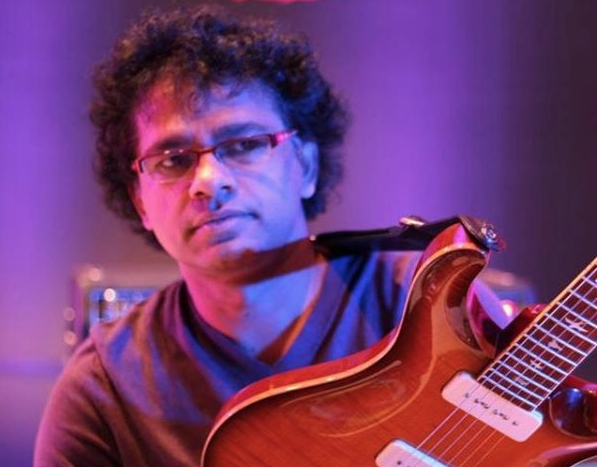 Prasanna is just back from India and had a great time doing many shows – some of his standouts including solo guitar shows in India and he wants to start off the year with a solo show at Terraza 7.

Just back from numerous sold out shows in India at various cities, Prasanna brings all that energy back into his first Terraza 7 show for 2018 – A non-stop solo guitar performance as a single movement suite for Solo guitar, that he calls “ONE LOVE” – A kaleidoscope of music seen through Prasanna’s world –

Superimposing sketches from a range of Prasanna compositions and blending them with themes from classic songs that have been the soundtrack of Prasanna’s musical life – he will connect worlds from Indian film music to Jazz, from Carnatic music to Reggae, from Baroque music to Rock and so much more in between, with that unique Prasanna signature and take the audience into the oneness of Prasanna’s music and sound with its numerous shades of color and splash!

Tickets: $15 cover for mezzanine; FREE admission for CHILDREN 12 and under.
Advance Tickets available at http://www.guitarprasanna.com/.