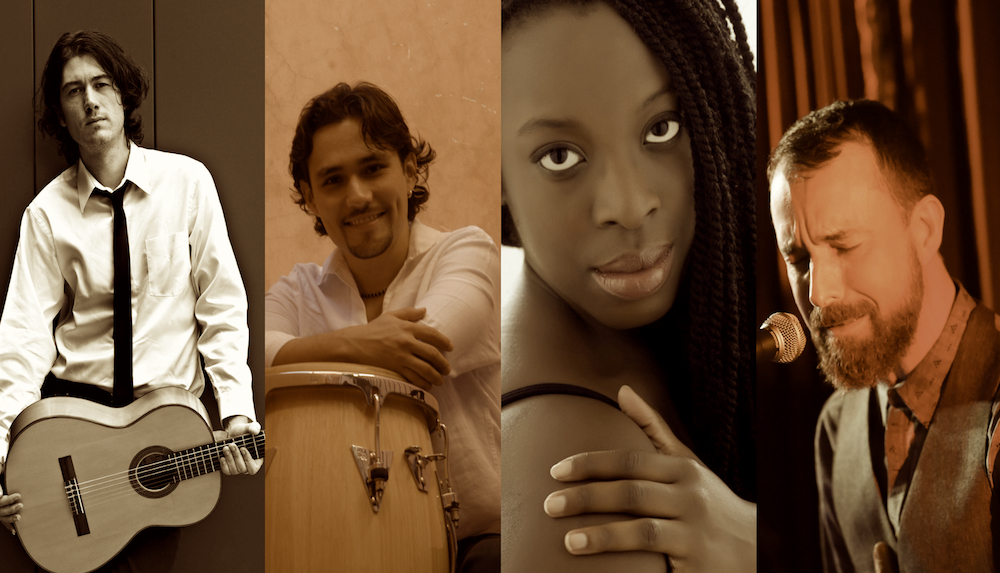 You don’t have to travel to Spain to experience flamenco. Ever since the Spanish bolero school dancer Fanny Elssler set foot on the New York stage in 1840 New York City has had a vibrant flamenco scene.

Alfonso is a well-known artist in the USA and abroad. Fresh from a tour of Spain with the New York Bojaira Jazz Flamenco Project, he has also toured Israel with the Jerusalem Andalusian Orchestra, and has traveled all over the world with famous bachata artist Romeo Santos.

Supported by acclaimed guitarist Andreas Arnold who has released three albums of electric and acoustic music, flamenco dancer Aliesha Bryan, winner of the 2017 New York Flamenco Certamen competition and percussionist and composer Guillermo Barrón who has performed with many international artists as José Feliciano, Luisito Quintero, Charlie Sepúlveda, to name just a few.  They will grace the stage at Terraza 7 with a mix of modern and traditional flamenco music and dance.