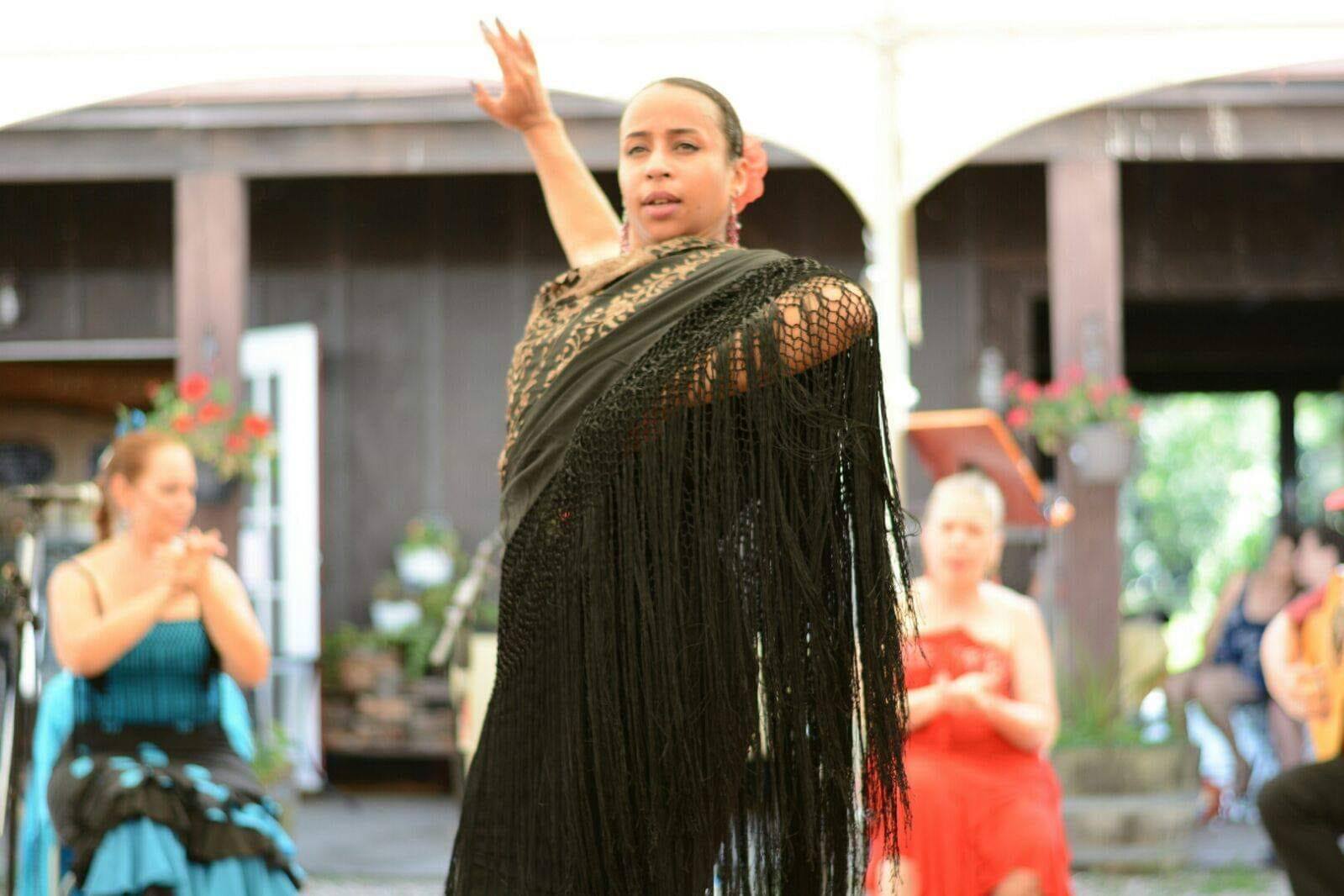 Olyda Espinal “la Cubana” has been a fixture of the New York City flamenco community for over two decades. After graduating Fiorello LaGuardia High School she studied with many flamenco teachers and has worked with companies including Flamenco Revolución, Flamenco Latino and Flamenco Vivo Carlota Santana. Olyda feels honored to have performed in many prestigious venues: Lincoln Center, Jacobs Pillow, Pregones Theatre to name a few. For the last 10 years, she has curated a residency at the Benmarl Winery Sangria Festival in Marlboro, NY. As a vocalist and percussionist, she can be heard in the Cintron Brothers’ album titled “Entre Sueños.”

In addition, Olyda is a teaching artist who has taught in more than 75 New York City schools, most of them in her native Bronx, fulfilling her dream to bring Flamenco music and dance to children in Bronx communities,
Adrian Alvarado:
São Paulo, Brazil 1968. Spanish-Brazilian guitarist, composer, and arranger. (Monica Molina, Pastora Soler, Farhad Darya, Danilo Perez). Adrian Alvarado is a very versatile guitarist, with a solid career as soloist, session musician, as well as a sideman for many artists in the Flamenco scene, Jazz and Brazilian music.