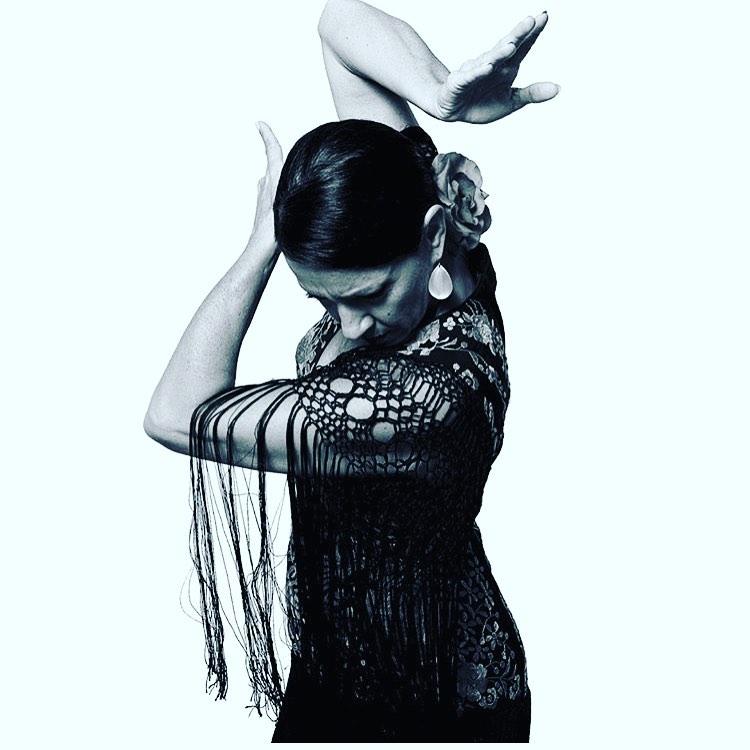 Nueva York Flamenco City & Juana Cala.
Presented by Terraza 7 Outdoor Concert Series.
Saturday, October 3rd, 2020 at 7:00 pm.
Donation suggested: $10
Featuring:
Juana Cala / Bailaora.
Juan Pedro Jiménez / Guitar.
Alfonso Cid / Cantaor.
Juana Cala, Flamenco dancer, and choreographer has been performing and teaching Flamenco in the United States and Europe for more than 20 years. She performed as a soloist in the María Benitez Dance Company under the direction of Mario Maya, and then went on to form her own company, “Ensemble Flamenco Juana Cala”, touring some of Europe’s most prestigious theatres for 16 years, with much critical acclaim. In 1999 Juana was a professor of Flamenco in a Professional Arts Program for the European Union (a European equivalent to “The High School of Performing Arts”). She has been a resident Spanish Dance Professor in various universities across the United States. Juana has been a lead teaching artist for Flamenco Vivo for 10 years.
Juan Pedro Jiménez is a native flamenco guitarist from Cádiz, Spain. He has toured throughout Spain in settings from the most traditional to educational demonstrations and theater productions. He has recently moved to the USA and has integrated rapidly in the New York flamenco scene.
Alfonso Cid was born and raised in Sevilla, the heartland of flamenco music. He also had the opportunity of attending the activities of one of the most significant flamenco clubs in Andalusia, the Peña Flamenca Torres-Macarena in Seville. Alfonso has toured extensively throughout the USA, Latin America, Israel and Europe, and has just toured Spain last February of 2018 with the Jazz/Flamenco band the New York Bojaira Project by pianist Jesús Hernández from Granada, Spain.
+ Google Calendar+ iCal Export