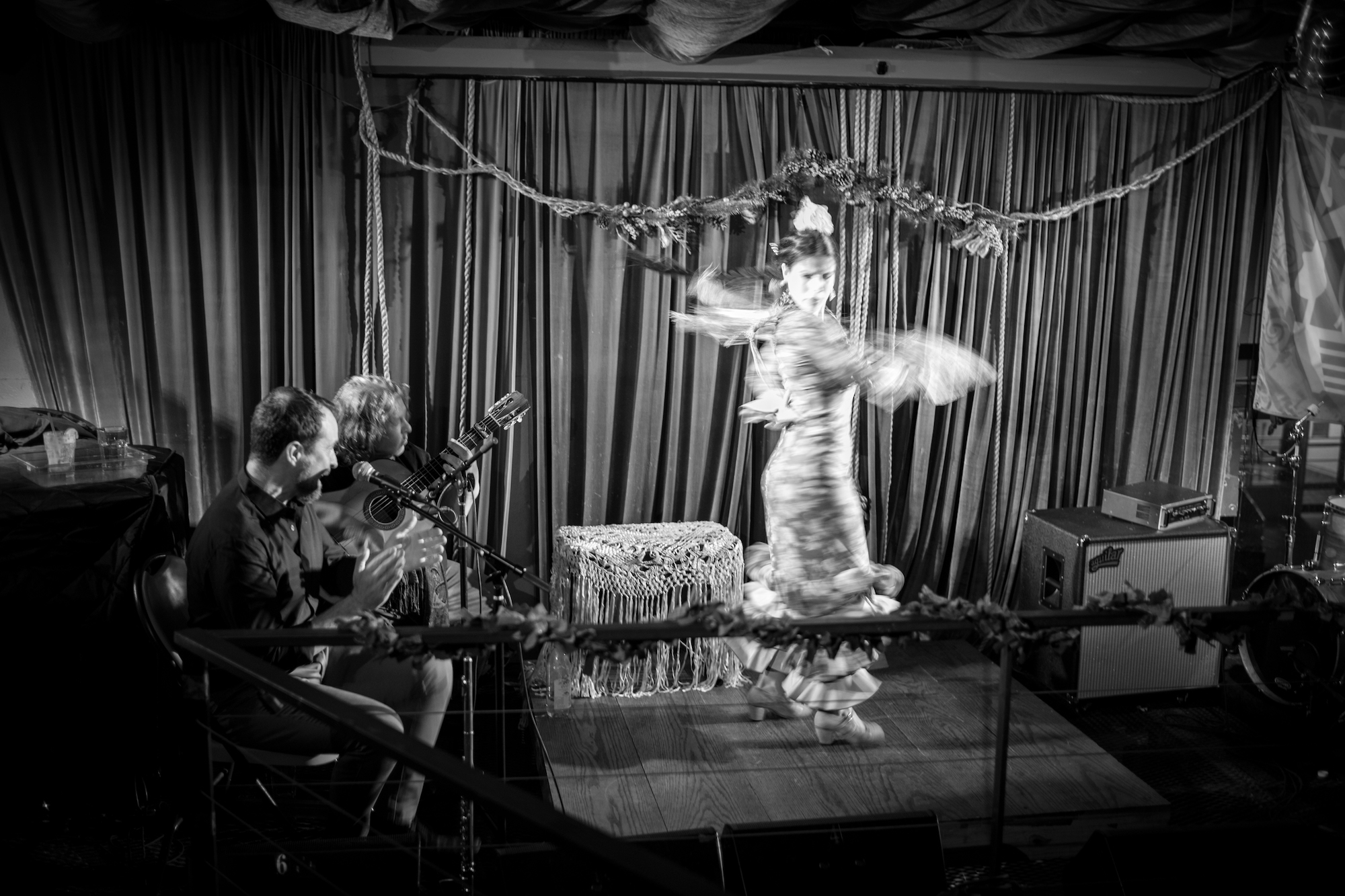 This is one of Nueva York Flamenco City’s dream teams!!
Come and enjoy the flamenco dance by Bronx-born of Puerto Rican descend Nelida Tirado. She has been hailed as “magnificent” by The New York Times. She was the soloist/dance captain of Compañía Maria Pages and Compañía Antonio El Pipa, performing at prestigious flamenco festivals and television in Spain and throughout France, Italy, UK, Germany and Japan as well as the USA.

The “soniquete” (flamenco swing) of Raphael Brunn on flamenco guitar is one of a kind. His public debut playing Flamenco guitar was in the opening festivities of the 1992 Olympics in Barcelona, Spain. Raphael has performed with many of the artists who initially inspired his dedication to the flamenco tradition. He worked with El Farruquito and El Torombo in the production of Incognito, in Frankfurt, Germany. Now based in New York City, Raphael performs with various Flamenco artists and is currently working on his second CD.

Alfonso Cid was born and raised in Sevilla, the heartland of flamenco music. He also had the opportunity of attending the activities of one the most significant flamenco clubs in Andalusia, the Peña Flamenca Torres-Macarena in Seville. Alfonso has toured extensively throughout the USA, Latin America, Israel and Europe, and has just toured Spain last July and August of 2017 with the Jazz/Flamenco band the New York Bojaira Project by pianist Jesús Hernández from Granada, Spain.