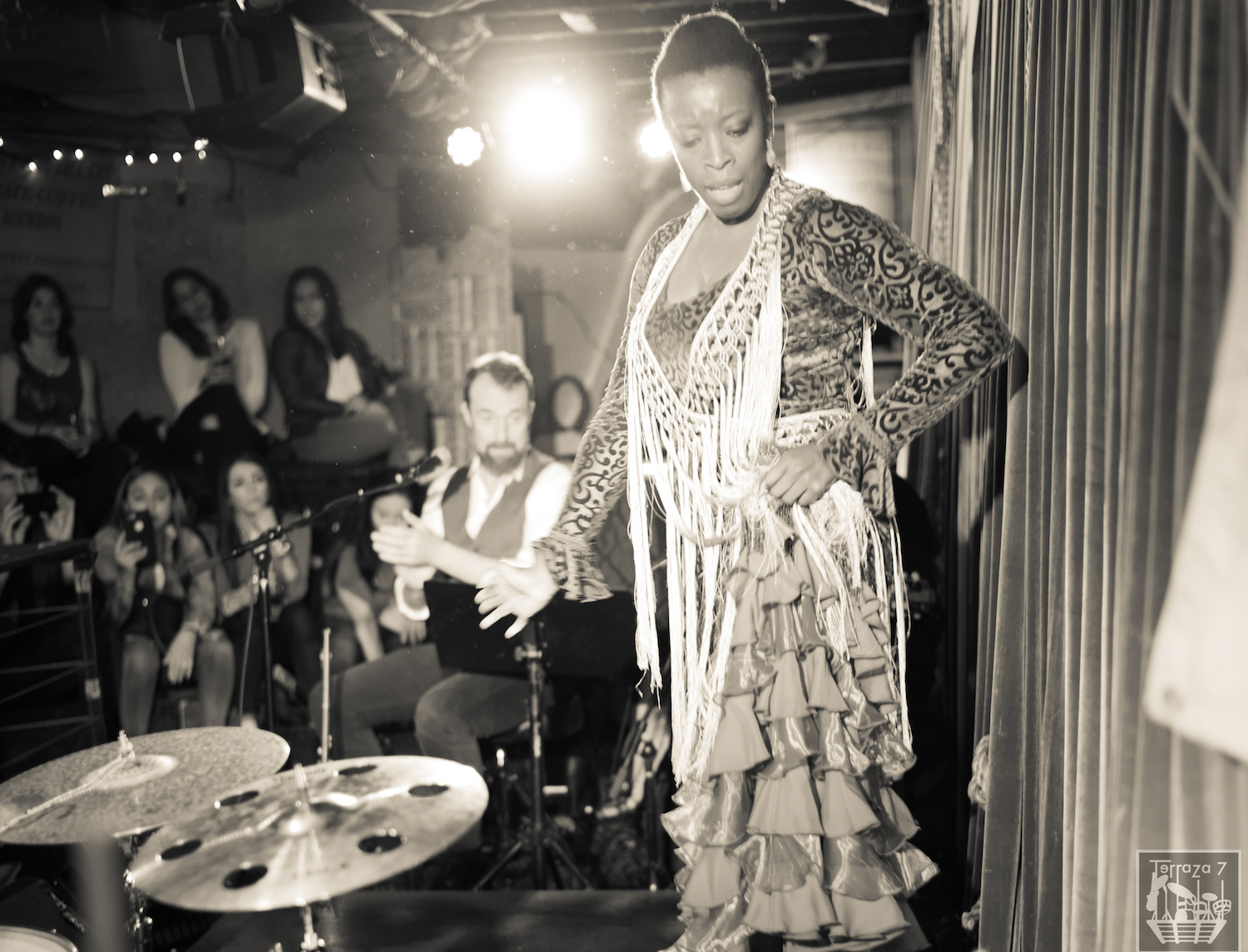 You don’t have to travel to Spain to experience flamenco. Ever since the Spanish bolero school dancer Fanny Elssler set foot on the New York stage in 1840 New York City has had a vibrant flamenco scene.

Alfonso is a well-known artist in the USA and abroad. Fresh from a tour of Spain with the New York Bojaira Jazz Flamenco Project, he has also toured Israel with the Jerusalem Andalusian Orchestra, and has traveled all over the world with famous bachata artist Romeo Santos.

Isabel del Día was introduced to Flamenco at Bard College and has been awarded “The Bard Theater and Dance Award” (2004), scholarships to attend the (2008) “Cultural Traditions Program” at Jacob’s Pillow, and “III Ciclo Dedicado a la Formación Completa del Baile Flamenco” (2010) at the historic Amor de Dios Studios in Madrid, Spain. Isabel has worked with Carmen Ledesma, Jose Mendez, Almudena Serrano, Elena Andujar, Ismael Fernández, Sonia Olla, and Ángel Muñoz and is part of the New York ensemble at Flamenco Vivo Carlota Santana. Isabel has toured and performed with Soledad Barrio and Noche Flamenca at the Joyce Theater in New York City, and Joe’s Pub at the Public Theater, among other venues.

Guitarist Arturo Martínez began playing the electric guitar at the age of 13 in the tradition of Afro American music.  In playing the guitar, it was logical that he would be drawn to flamenco “the black music” of Spain, because of its Gypsy, Arab and Jewish influences.  He has accompanied such famous artists as Jose Molina, Jose Greco, Chuni Amaya, Joaquin Fajardo, Concha Vargas, as well as Maria Alba, Pilar Rioja and Andrea del Conte. He has produced “Espiritu Gitano and Friends” a flamenco fusion show for the Lincoln Center Out of Doors festival in New York City, and was a consultant and co-producer for World Music Institute’s two concerts of Traditional Flamenco music with reknowned artists El Torombo and Concha Vargas.