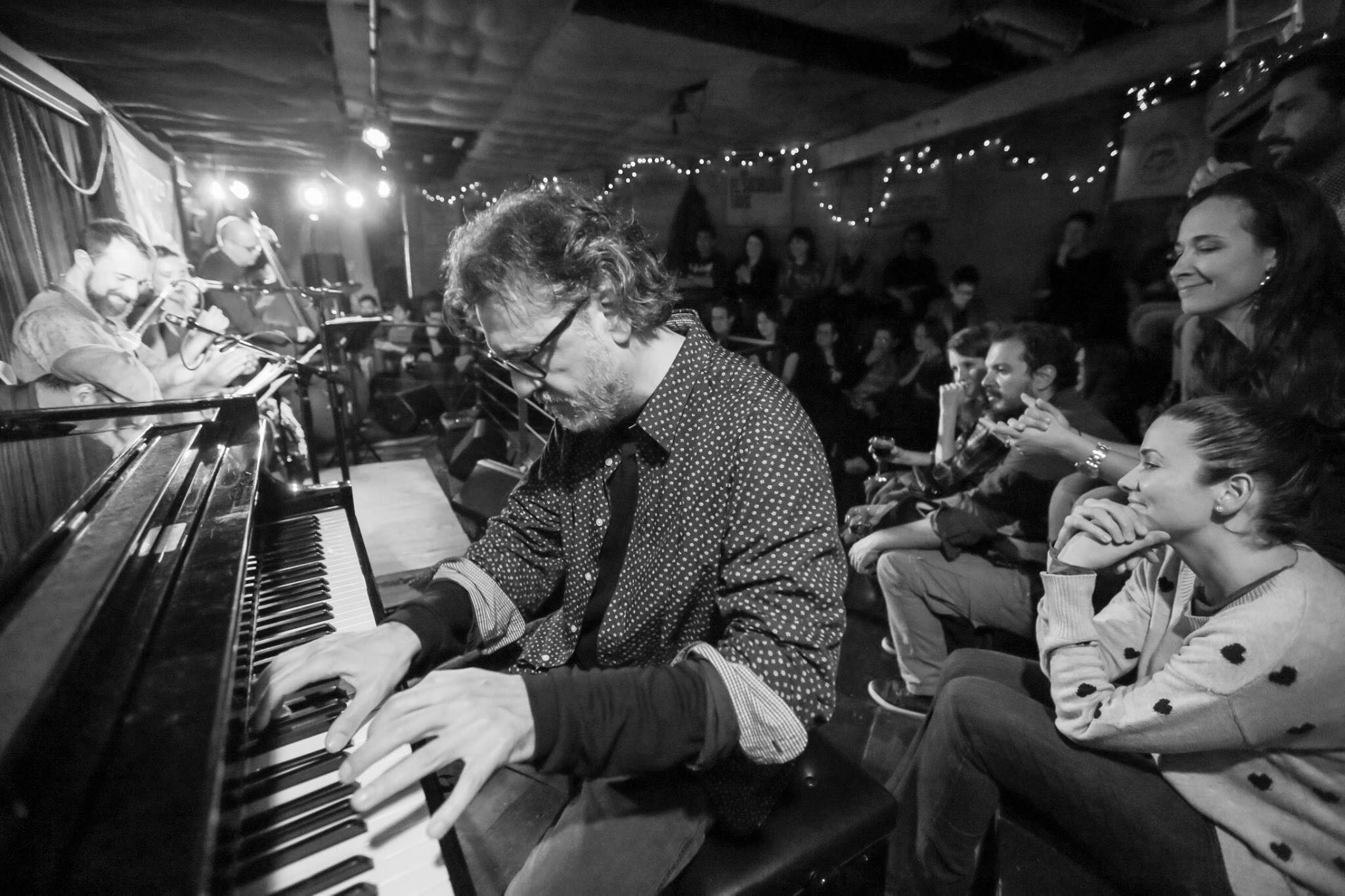 New Bojaira at Terraza 7 on Saturday, March 14th, 2020 at 9:30 pm.
$15 cover charge for mezzanine.
$10 Suggested donation for the first floor.
FREE admission for CHILDREN 12 and under, with an adult over 21.
Featuring:
Jesús Hernández / Piano.
Alfonso Cid / Vocals and flute.
Tim Ferguson / Double bass.
Mark Holen / Drums.
Peter Brainin / Saxophones and flute.
Elisabet Torras / Flamenco dancer.
The fusion between Jazz and Flamenco is one of the most exciting musical and artistic expressions emerging in the world today. In the case of The New Bojaira, the music flows like the water in the Bojaira, the irrigation channel built by the Arabs in Granada, whose name this band has taken as its own. An original and versatile fusion, blending the depth and intensity of both jazz and flamenco.
The core quartet is a combination of two Spanish musicians from the home of flamenco, Andalusia, pianist Jesús Hernández and singer/flute player Alfonso Cid; and two long-time veterans of the New York jazz scene, bassist Tim Ferguson and drummer Mark Holen.
The group also performs in expanded quintet or sextet form with flamenco dancers who have included María De Los Angeles, Auxi Fernández and Marina Elana and horn players such as Peter Brainin, Joel Frahm and Jorge Pardo.
The repertoire of The New Bojaira is rooted in the styles and rhythms of flamenco. A jazz approach allows the musicians of the band to open improvisational doors. In addition to original compositions by Hernández and the band, the group draws on a varied repertoire, including flamenco arrangements of jazz standards such as “Laura” and Thelonious Monk’s “Round Midnight”.
Since its inception in December of 2013, The New Bojaira has appeared in many important venues in New York City and the surrounding area including Jazz at Lincoln Center, Joe’s Pub, Drom, and the legendary Deer Head Inn, as well as performing extensively at festivals, theatres, and clubs in Europe including Festival del Lago (Atarfe, Granada), Festival Jazz Chinchilla (Albacete), Festival Jazz Xábia (Alicante), Auditorio Box Sevilla (Seville), Sala Clamores (Madrid), Colegio de España at le Cité Universitaire (Paris), Club Bab-ilo (Paris).
+ Google Calendar+ iCal Export