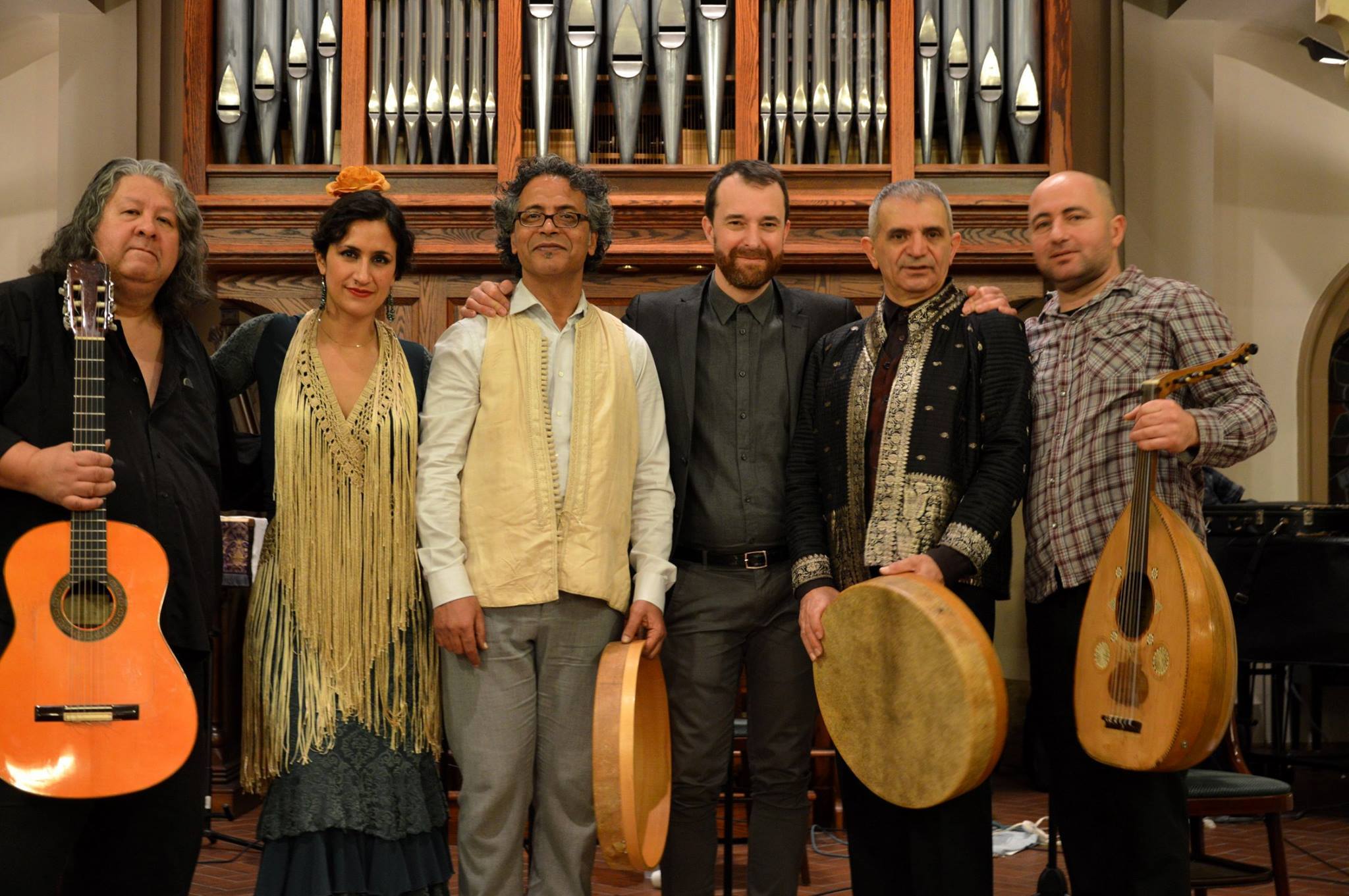 In 711 A.D., Arabs crossed Gibraltar into Iberia and for the next eight centuries, a tremendous exchange took place. Great minds, ideas, and art crossed the strait of Gibraltar (Jabal Tariq) back and forth and created a rich mix that transcended the boundaries of religion, ethnicity, and language. It is in this isthmus, this land in between, that giants such as Averroes, Maimonides, Alfonso El Sabio, and Zyriab emerged. Thirteen centuries later, five musicians and a dancer, who has been working together for a decade, strive to recreate this era through their music as immigrants in New York City. Both the time and the place of this encounter are significant as New York becomes the New Andalucia with an evening of convivencia.