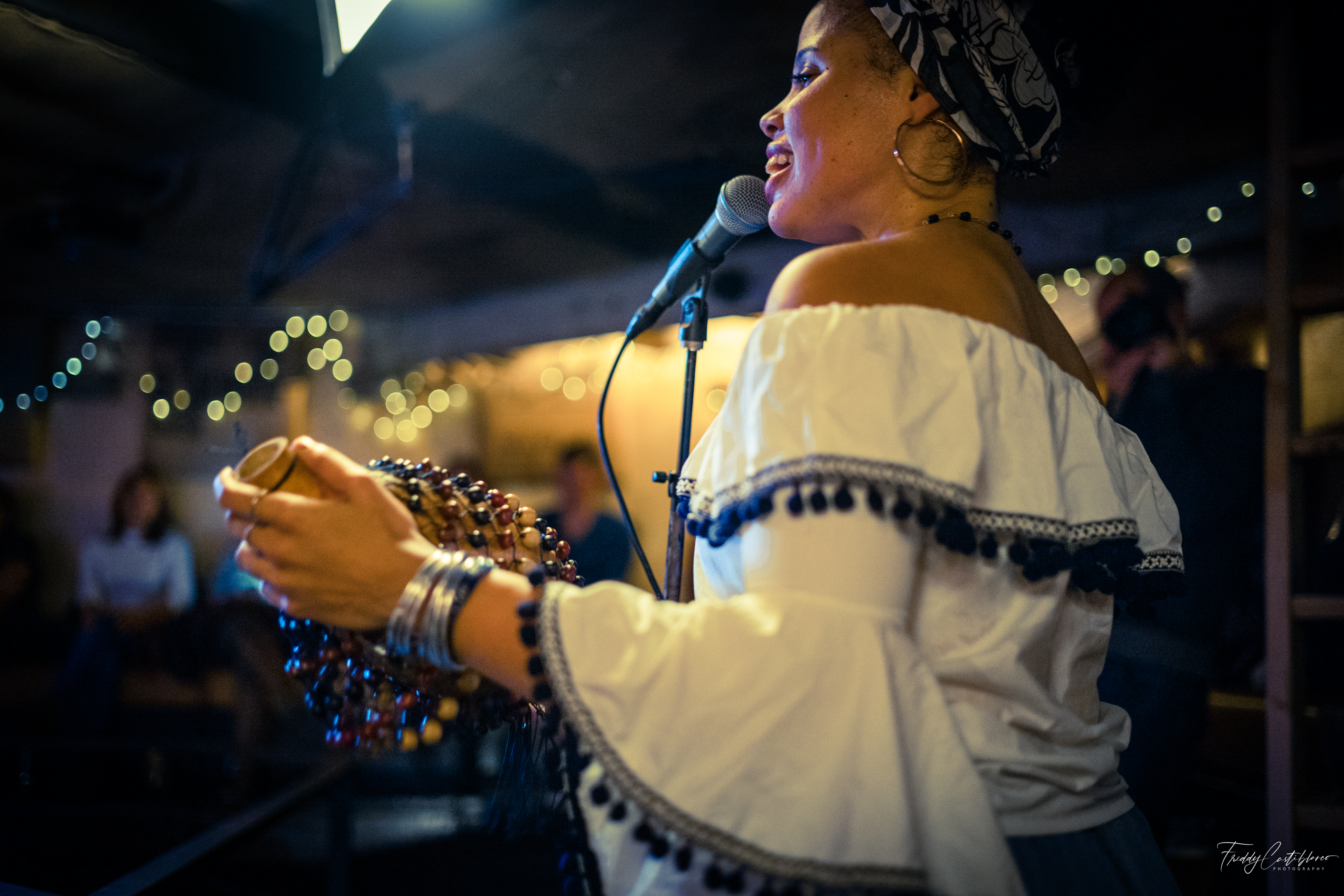 La Rrrumba! de Santa at Terraza 7 on Friday, November 1st, 2019 at 10:00 pm.
$15 cover charge for mezzanine.
FREE admission for CHILDREN 12 and under.
Featuring:
Máximo Gustavo / Vocals; chekeré.
Rafael Monteagudo / Drums; congas.
Felix “Matanzas” Contreras / Percussion.
Tito Sandoval / Percussion.
Melvis Santa / Vocals; claves; piano.
Afro-Cuban music can transform time and consciousness with its multilayered polyrhythms and hypnotic chants, taking us out of our ordinary state of mind and invoking the spirits of the Afro-Cuban pantheon of orishas.
2018 Grammy nominee Melvis Santa and her group bring this powerful, ecstatic tradition to new spaces. A 4 piece format, which Melvis leads on piano and vocals while fronting a full percussion section of sacred batá drummers.
Melvis Santa was born in Havana, she has been well known in Cuba since she was fourteen years old and formed the vocal group Sexto Sentido. In 2010 Melvis spread her wings and appeared as one of the lead vocalists of Interactivo, a seminal fusion band in Cuba, recording and touring worldwide. Based in New York since 2014, she continues to make a mark as a performer and educator teaching Afro-Cuban music and dance workshops at NYU, CUNY Graduate Center, Yale University, Tulane University of New Orleans, and others. Melvis has also worked with a who’s who of the jazz and Latin communities, from Ravi Coltrane to the Buena Vista Social Club.
+ Google Calendar+ iCal Export