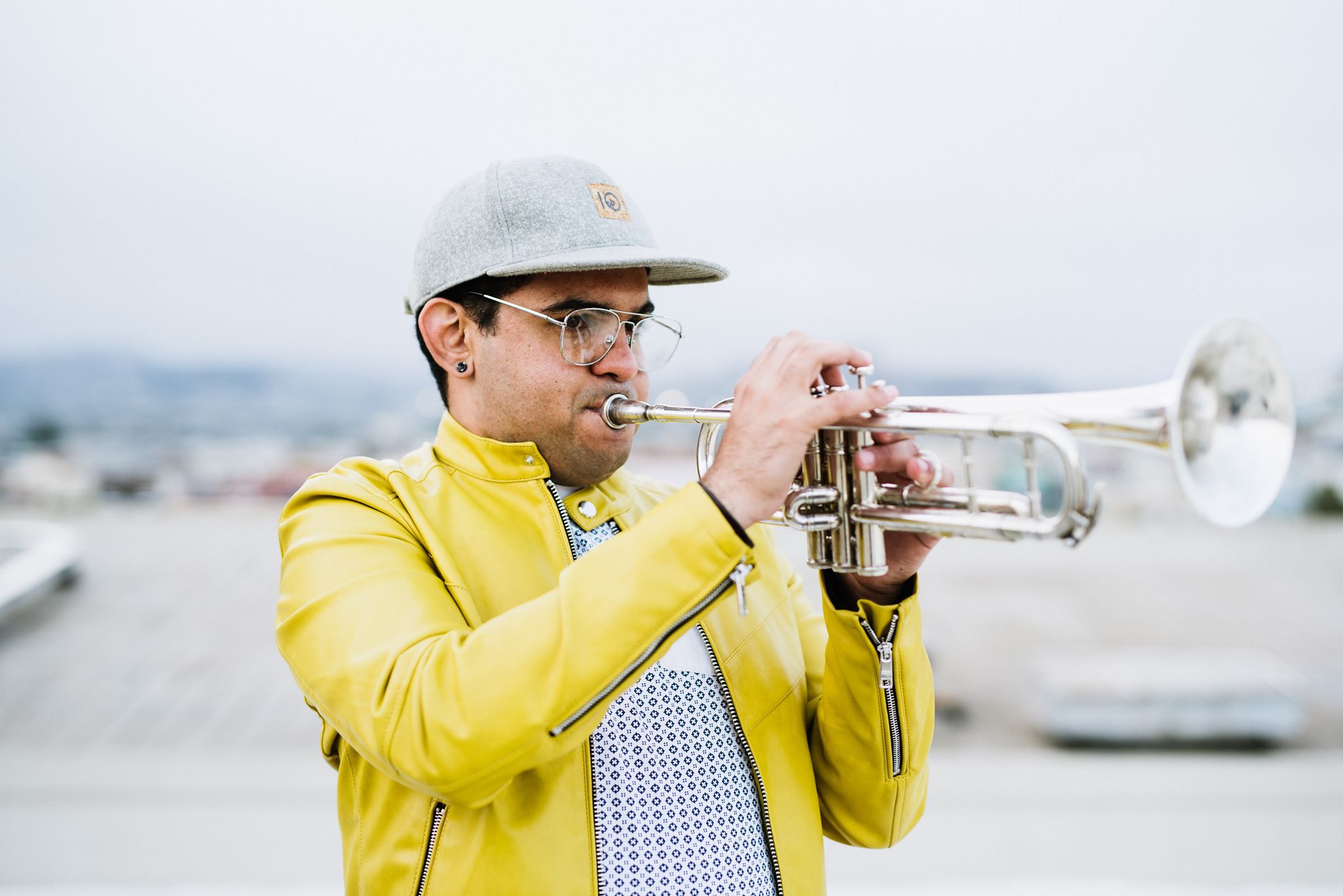 Since moving to New York City in 2014, Cuban trumpeter Kalí Rodriguez-Peña is poised to become one of the leading voices of a generation of talented Cuban musicians who are taking their best shot in the Big Apple. Kalí blends traditional sounds from his native country with the influences of his trumpet heroes Miles Davis and Freddie Hubbard, the compositional style of Wayne Shorter’s music and elements of R&B and hip-hop.

Born and raised in Havana, Cuba, Kalí has played with renowned Cuban and international musicians such as Wynton Marsalis, Arturo O’Farrill, Paquito D’Rivera, Chucho Valdés, Olga Tañón, Anat Cohen, Rudresh Mahanthappa, Michel Camilo, Miguel Zenón, Jeff “Tain” Watts and Bobby Carcassés. He has also performed in some of the top venues and festivals in the USA and Canada including the Montreal Jazz Festival, Clifford Brown Jazz Festival, Exit Zero Jazz Festival, Symphony Space, Birdland, and Dizzy’s Club Coca-Cola. In March of 2016, he was selected as a finalist for the National Trumpet Competition. Kalí graduated from the renowned Manhattan School of Music in 2019, where he was awarded a full scholarship and studied under the tutelage of Jon Faddis and Stefon Harris.