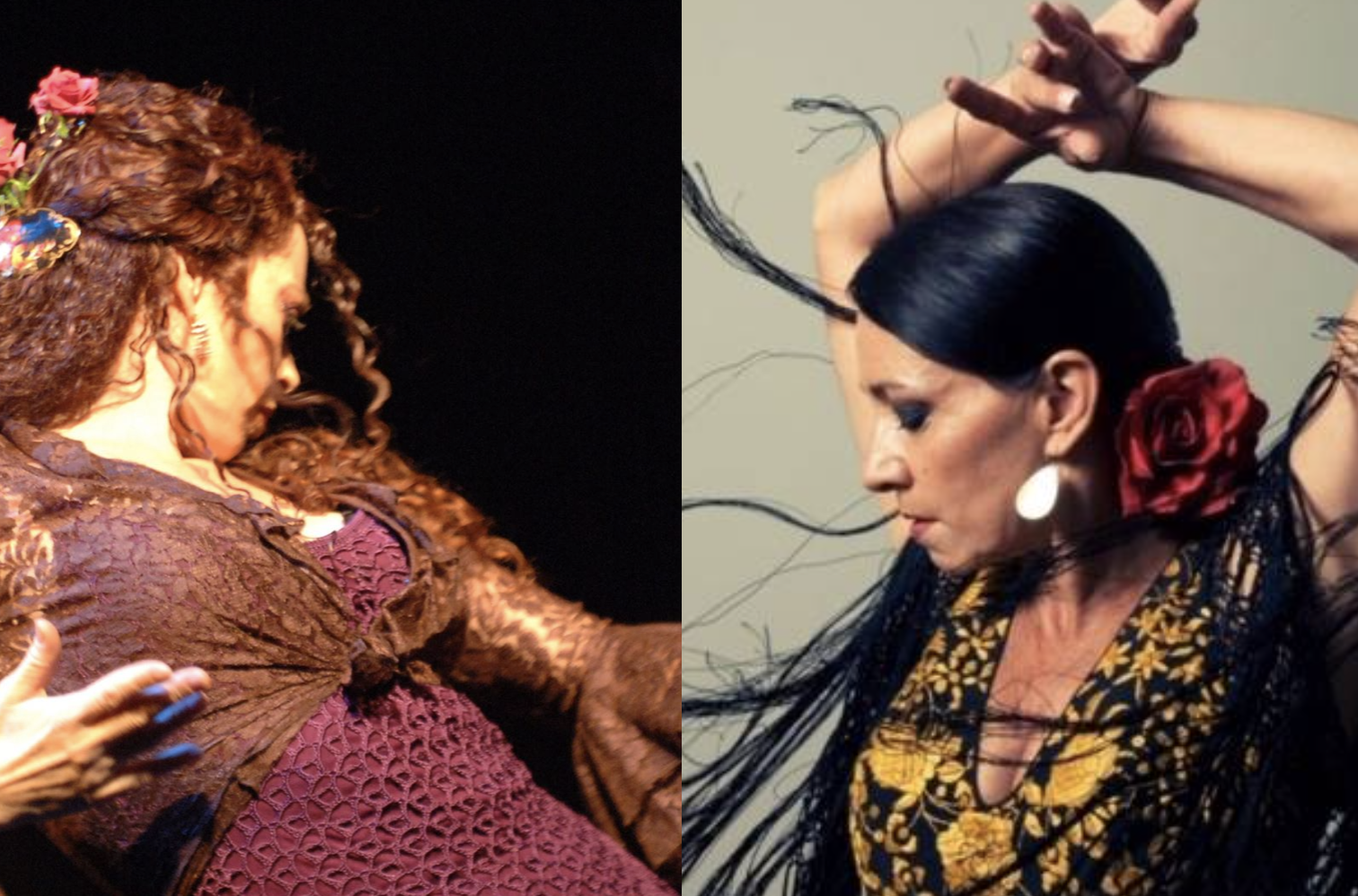 Alfonso Cid was born and raised in Sevilla, the heartland of flamenco music. He also had the opportunity of attending the activities of one the most significant flamenco clubs in Andalusia, the Peña Flamenca Torres-Macarena in Seville. Alfonso has toured extensively throughout the USA, Latin America, Israel, and Europe, and has just toured Spain last February of 2018 with the Jazz/Flamenco band New Bojaira by pianist Jesús Hernández from Granada, Spain.

Arturo Martínez began playing the electric guitar at the age of 13 in the tradition of Afro American music.  In playing the guitar it was logical that he would be drawn to flamenco “the black music” of Spain, because of its Gypsy, Arab and Jewish influences.  He has accompanied such famous artists as Jose Molina, Jose Greco, Chuni Amaya, Joaquin Fajardo, Concha Vargas, as well as Maria Alba, Pilar Rioja, and Andrea del Conte. He has produced “Espiritu Gitano and Friends” a flamenco fusion show for the Lincoln Center Out of Doors festival in New York City and was a consultant and co-producer for World Music Institute’s two concerts of Traditional Flamenco music with renowned artists El Torombo and Concha Vargas.

Juana Cala, Flamenco dancer, and choreographer has been performing and teaching Flamenco in the United States and Europe for more than 20 years. She performed as a soloist in the María Benitez Dance Company under the direction of Mario Maya, and then went on to form her own company, “Ensemble Flamenco Juana Cala”, touring some of Europe’s most prestigious theatres for 16 years, with much critical acclaim. In 1999 Juana was a professor of Flamenco in a Professional Arts Program for the European Union (a European equivalent to “The High School of Performing Arts”). She has been a resident Spanish Dance Professor in various universities across the United States. Juana has been a lead teaching artist for Flamenco Vivo for 10 years.

Maya de Silva Chafe was born in Santa Barbara and raised in Taos, NM. She graduated with a BFA in Theatre & Dance from UNM, Albq. Choosing flamenco as her primary focus upon arrival in New York in 1987, Maya has performed as a soloist in small ensembles and as a company corps dancer and soloist with groups such as Maria Benitez, Carlota Santana, Andrea Del Conte and Flamenco Latino in tablaos and theatres in New York, New Mexico, and California. Notable venues include The Joyce Theatre, DTW, Lincoln Center Out-of-Doors Festival and at Boston Pops for PBS Channel 13. Maya has choreographed and produced her own shows over the years: At the Kraine Theatre and PS 122, produced by the Field, at Third St Music School as part of their Faculty Artist Series, at Santa Barbara, California’s CenterStage and in New York she has her own pre-professional company, Las Chavalas del Barrio.